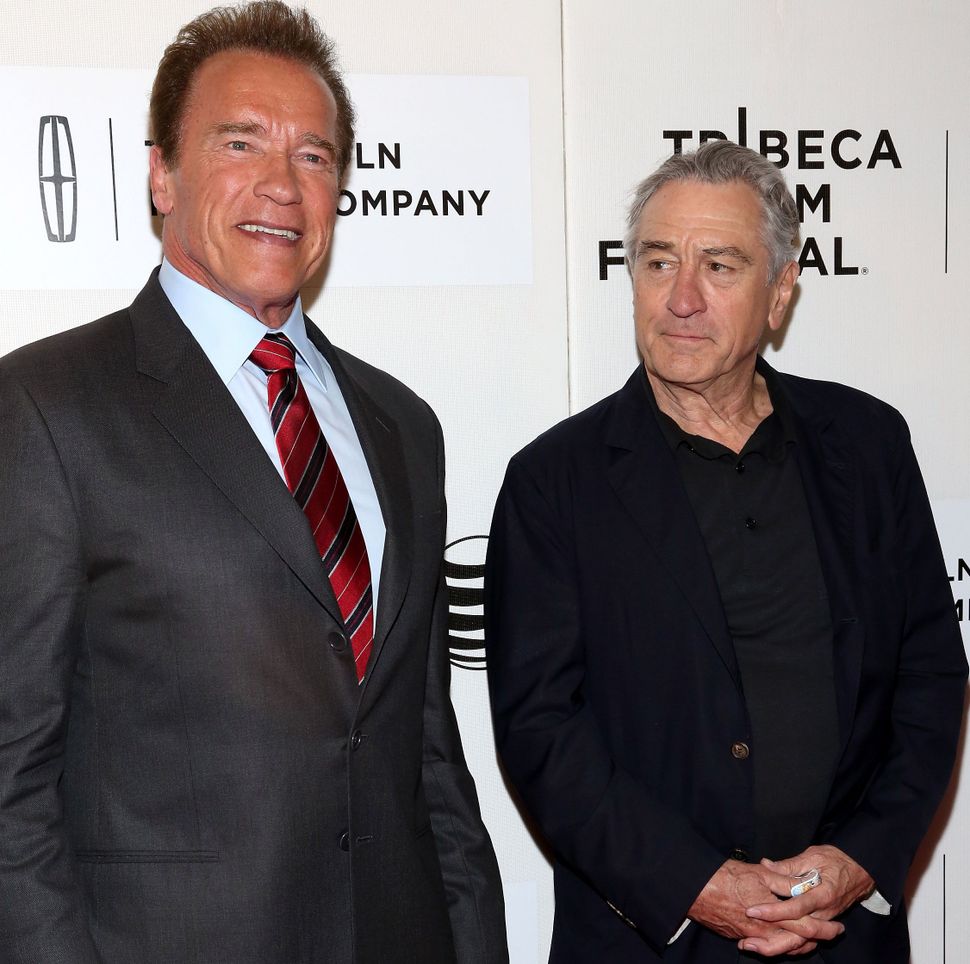 Robert de Niro refused to be photographed with Arnold Schwarzenegger over political differences at the VIP cocktail reception for the annual Friends of the Israel Defense Forces Western Regional Gala on November 3.

After some photos had already been taken, de Niro took offence. “If you’re supporting Trump, I want nothing to do with you,” he said, and walked away from the actor-turned-politician. (The photograph accompanying this article comes from the Tribeca Film Festival in 2015.)

Malina Saval in Variety described de Niro’s actions as “channeling his inner Jake LaMotta” — referring to his combative boxing character from “Raging Bull” — as the Italian-American actor refused to even let the former Republican governor of California explain his position.

In a tweet on October 8, Schwarzenegger had made it clear that he would not be voting for Trump, but has not said who he will be voting for.

As proud as I am to label myself a Republican, there is one label that I hold above all else – American. My full statement: pic.twitter.com/biRvY8S3aZ

Although the event is non-partisan, it was chaired by one of Hillary Clinton’s most important supporters, FIDF national board member Haim Saban and his wife, Cheryl.