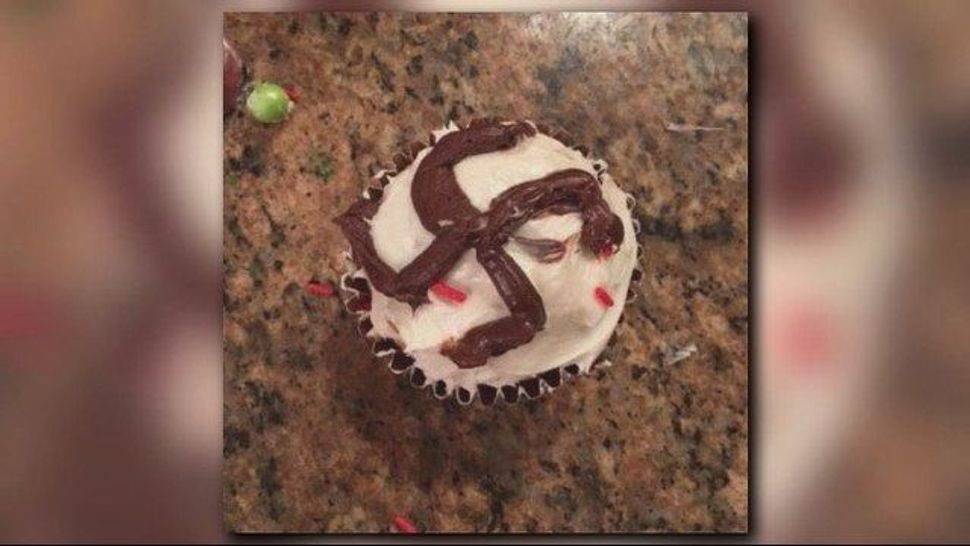 — Teens at a Jewish girl’s birthday party in Arizona reportedly decorated cupcakes with swastika symbols, saying they did it to “be funny.”

The teen’s mother posted a photo of one of the cupcakes on Facebook, and called for it to be a teaching moment for parents, the Arizona NBC affiliate 12 News reported late Sunday. She reportedly removed the post, but the photo has spread on social media.

The teens had recently learned about the Holocaust and therefore knew what the swastika symbolized, the mother reportedly said in her post.

The mother later posted that the girls had apologized, according to 12 News.

Carlos Galindo-Elvira, director of the Anti-Defamation League in Arizona, in an interview with 12 News, called on parents to talk to their children about hate symbols such as the swastika.

“When you joke with symbols like the swastika you begin to normalize them and make it very casual within our society,” Galindo Elvira said.