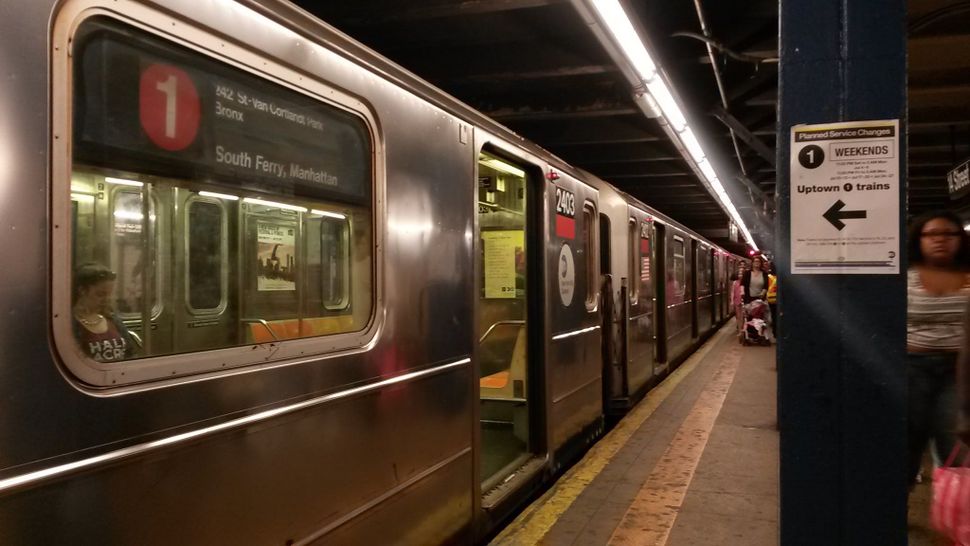 The country’s post-election hate crime wave again visited itself upon New York last weekend, after the discovery of swastikas and other white supremacist graffiti on the inside of a subway car in Manhattan, according to a Monday report in DNAInfo.

In addition to the swastikas, the scrawlings on the No. 1 train featured the “white power” slogan and hateful words directed at President Barack Obama and his family, with statements like “finally we have a white man in the White House,” and “pray that Obama’s daughter gets raped.” The graffiti was discovered Saturday night by an elderly man riding the train in midtown Manhattan, near Columbus Circle. Police were looking into the incident as of press time.

Since the election, the Southern Poverty Law Center has documented a rise in bias incidents, with hundreds occurring in the week after the results were announced. Some of the episodes have taken place even in liberal bastions like New York, including anti-Semitic vandalism against a Brooklyn park named for Beastie Boys star Adam Yauch, swastikas found in the lobby of New York State Sen. Brad Hoylman’s apartment building and similar graffiti discovered in an apartment building in the Hasidic section of Williamsburg.

In response to the incidents, New York Gov. Andrew Cuomo has announced the creation of a new unit within the state police to investigate hate crimes, which said he said his administration will not tolerate. “We will prosecute, to the fullest extent of the law, the perpetrators of any of this ugliness and divisiveness. Because it’s not happening in this state,” he promised, speaking at a black church in Harlem in November.