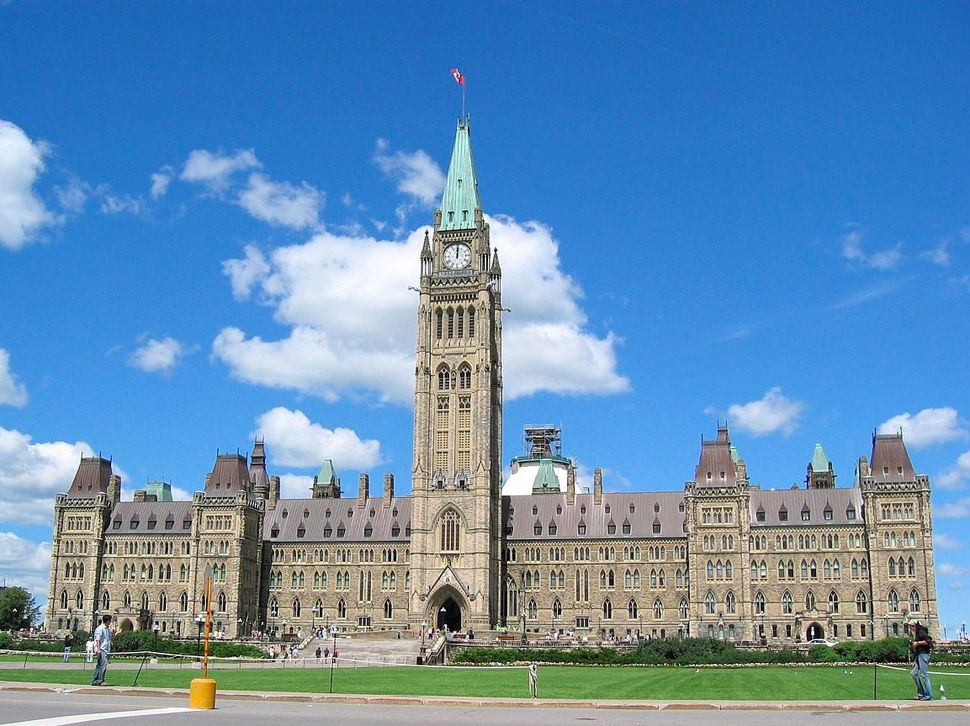 For the second time in a week, anti-Semitic defacement has hit Ottawa, after a Modern Orthodox synagogue was tagged with swastikas, according to the Thursday story from the Canadian Broadcasting Company.

“I think that this is far more than just regular graffiti vandalism,” Rabbi Idan Scher, spiritual leader of the Machzikei Hadas Modern Orthodox synagogue. “When you take a look at the words and the swastikas on the doors, these are representations of the systematic annihilation of our people.”

In addition to swastikas painted on the front doors to the synagogue, the vandals also graffitied anti-Semitic phrases, like the Nazi slogan Seig Heil (Hail Victory), to other parts of the temple building.

“This kind of hatred is not welcome in our city – a city that prides itself on being a tolerant and welcoming community for all,” Watson added in his own post on the social media site.

Earlier this week, a woman who runs a Jewish spiritual center in the nearby Glebe neighborhood was also the victim of an anti-Semitic incident, waking up to find her front door tagged with a swastika and the word “kike.”

Anna Meranta, who operates the prayer center, told CBC that she thought Donald Trump’s election in the United States might have triggered the incident in Ottawa.

“My first thought is that this is an example of what happens when you allow somebody who is in a position of power to speak openly racist, bigoted, misogynistic language and don’t censor [it] in any way,” she told the Canadian broadcaster.

Following Trump’s election, some have noticed a spike in hate crimes directed at blacks, Jews, Latinos, gays and other minorities. The Southern Poverty Law Center, an organization that tracks hate groups, has documented hundreds of bias incidents since Election Day.

Meanwhile, at the synagogue, the rabbi emeritus Reuven Bulka told CBC that the congregation had been targeted in the past.

“You never get used to it,” he said. “It’s a terrible situation. We’re hoping that it’s just one lone crazy [person], and it’s a shame that one lone crazy can really obscure some of the wonderful things that are happening in our community.”