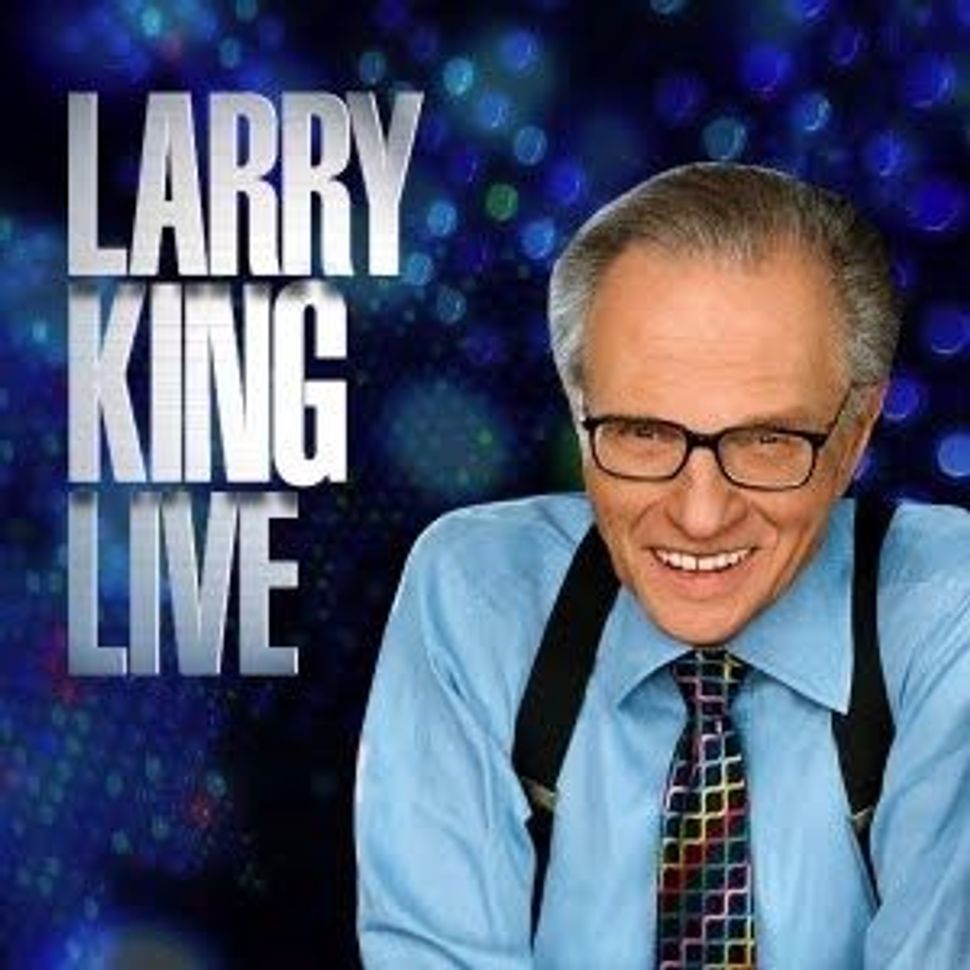 Ever want a pair of Larry King’s suspenders, that iconic fashion accessory for the long-time CNN talk show host?

Well, then, hustle over to the American Jewish Historical Society’s awards dinner this Thursday, where a signed pair will be auctioned off and King will received an award.

The benefit, with tickets starting at $1,000, will be held at New York’s Roosevelt Hotel.