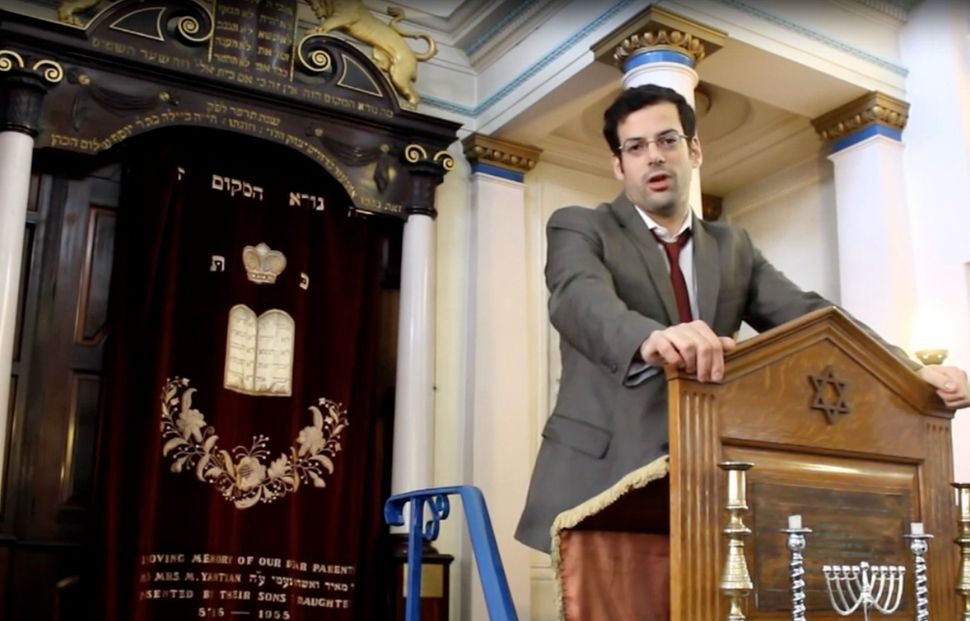 Britain’s Union of Jewish Students could soon have a leader who supports the boycotts, divestment and sanctions movement against Israel (BDS). That’s if Eran Cohen, an activist linked to the Palestinian cause and the country’s Labour Party, wins the body’s presidential election to be held later this week.

“I support it because I believe it will bring about a secular state for all its citizens from the river to the sea. Some people equate that with the destruction of Israel. I don’t,” the 27-year-old biology student at York University said about the BDS movement, in a Facebook post reported on by the Jewish Chronicle. In a further statement to the London newspaper, he wrote, “I am a diasporist — I believe the focus of Jewish life is wherever Jews live, and excessive focus on Israel damages the UK Jewish community.”

His election could lead to significant change in how the UJS behaves around Israel issues. Though it currently advocates a two-state solution, the student organization still maintains a commitment to Zionism and will soon decide on plans to leave Britain’s National Union of Students, over the latter organization’s endorsement of BDS.

Born in Israel, Cohen has a record of left-wing activism in the United Kingdom, participating in his university’s chapter of the Palestinian international solidarity movement, protesting against Israel’s military in West Bank demonstration and maintaining close ties to the Labour Party and its radical leader Jeremy Corbyn, whom Cohen bragged he knows on a first-name basis.

Facing two other candidates, Cohen made a campaign video that promoted his agenda as “Balfive,” a riff on the U.K.’s Balfour Declaration, which a century ago recognized Jewish aspirations for a homeland in what was then the mandate of Palestine. Included in that platform — aside from BDS — were proposals to establish eruvs around British campuses, fund scholarships for Jews from the global South and have the UJS focus more on Jews’ lives and history in the diaspora.

Cohen has been the target of intense backlash on social media, with some referring to him with terms like “disgusting kapo” and “self-hating Jew, according to the Jewish Chronicle. David Brown, executive director of the Union of Jewish Students, wrote on Facebook that the vitriol needed to stop. “Some of the ‘grown-ups’ in our community need to follow the lead of our students and engage with ideas they oppose with far more respect and civility,” he said.