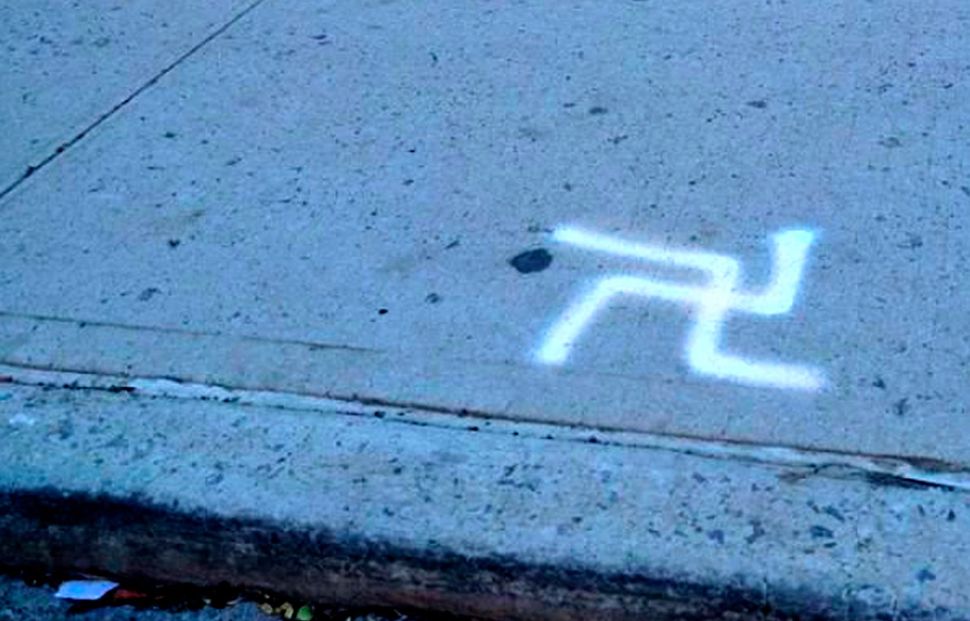 — Several incidents of red spray-painted swastikas and other hate incidents have been reported in neighborhoods on Long Island, New York.

Police are investigating the incidents in the suburban neighborhoods through Dec. 16 as hate crimes, the New York Daily News reported. Among the places where the incidents occurred are the towns of Merrick and Mineola in Nassau County, about 30-35 miles outside New York City.

Among the incidents, a sidewalk outside a private home was vandalized with multiple red swastikas and “Make America White Again,”and swastikas and other anti-Semitic graffiti were painted on a wall outside a 7-Eleven in Merrick.

Swastikas were drawn in the snow in Merrick and Mineola on Sunday, according to reports.|

In addition, several swastikas were discovered by a professor at the Nassau Community College campus in Garden City on Friday, on top of swastikas drawn in campus restrooms earlier this month as well as on three separate occasions in October.

“We have seen quite a concerning uptick in swastika vandalism across New York State,” Evan Bernstein, ADL’s New York regional director, said in a statement issued Monday. “Unfortunately, Nassau County is the latest in a string of incidents. While these attacks are most likely not connected, we see that Long Island towns are not immune to such disturbing acts of hate. It is incumbent upon community and religious leaders and Nassau County leadership to forcefully denounce these manifestations of hate whenever and wherever they surface.”

New York City police have reported a 400 percent increase in such incidents since the Nov. 8 presidential election.