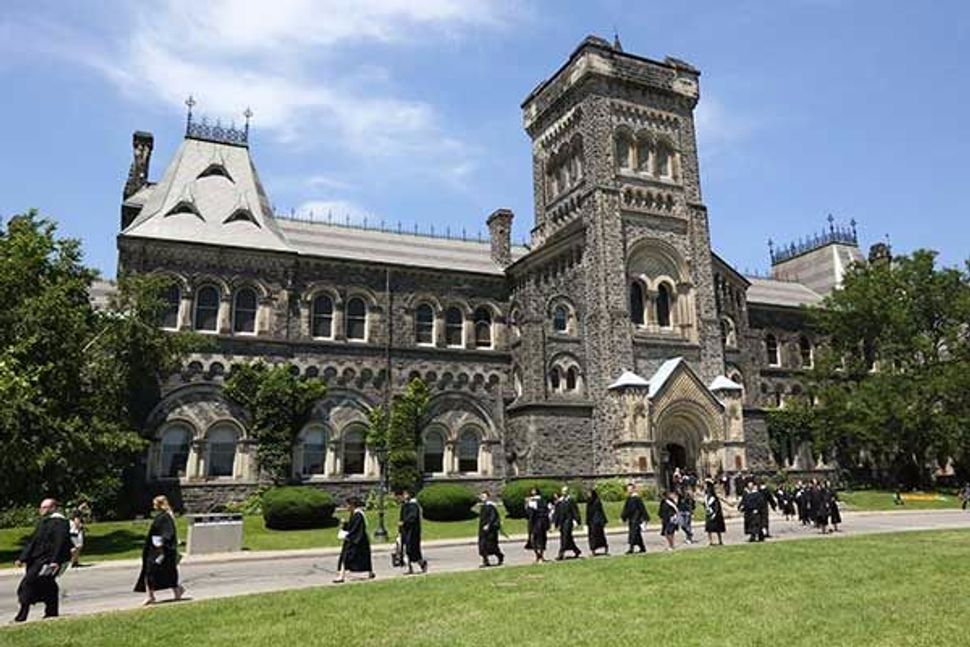 Image by U. of Toronto

— The student union board at Ryerson University in Toronto approved a resolution to commemorate Holocaust Education Week less than a month after a walkout by students when it was first introduced.

The resolution passed unanimously Monday called on the Ryerson Students’ Union to offer annual Holocaust education programs to emphasize “the value of pluralism and the acceptance of diversity,” the Canadian Jewish News reported. A member of the Ryerson Hillel Jewish students’ group had submitted the resolution.

At the student union’s semiannual general meeting on Nov. 29, a group led by the Students for Justice in Palestine and the Muslim Students Association staged a walkout rather than vote on the resolution. The meeting lost its quorum and the resolution was tabled.

In the three weeks between the two meetings, Jewish organizations – including the Centre for Israel and Jewish Affairs, Hillel Ontario, StandWithUs Canada and Students Supporting Israel at Ryerson – met with members of the Ryerson Students’ Union to explain the importance of Holocaust Education Week, a national designation, according to the CJN.

“I am pleased that the RSU passed this very important motion supporting Holocaust Education Week,” Ryerson University President Mohamed Lachemi said in a statement. “At Ryerson, we are committed to promoting positive dialogue and education on vital issues such as these. It is essential that we continue to learn from each other as we strive with mutual respect to ensure Ryerson fosters an inclusive, welcoming environment for all.”

The Ryerson Students’ Union voted to join the Boycott, Divestment and Sanctions movement against Israel in April 2014. The resolution prohibits the student group from having ties with companies that do business in Israel, including Home Depot, Costco and Sears.