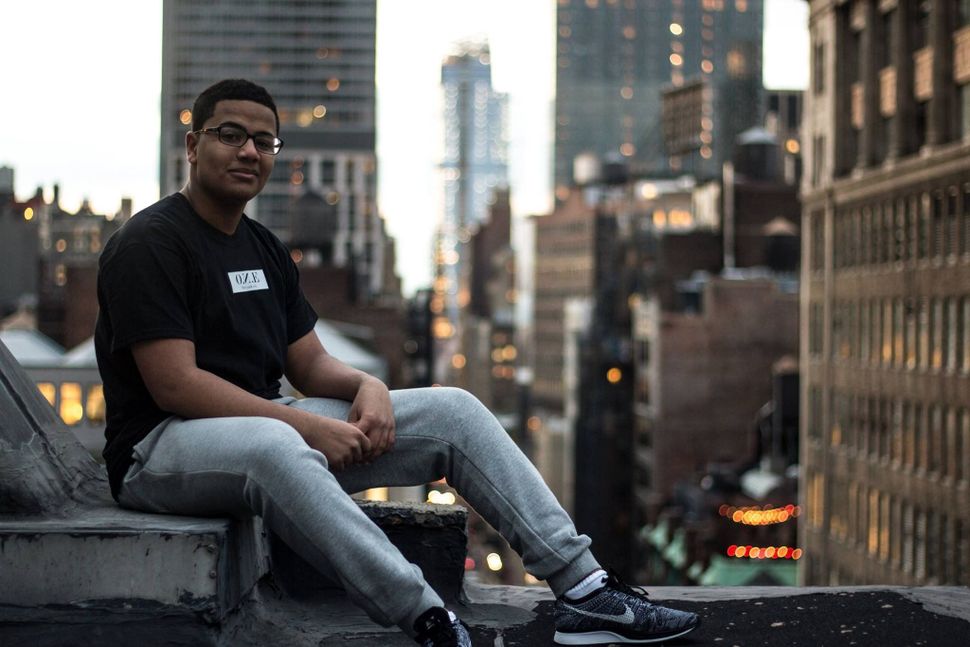 (JTA) — A Muslim teen from New York City helped police catch a homeless man who hit an Orthodox Jewish woman on the subway.

Ahmed Khalifa, 17, told the New York Daily News about the incident aboard a Brooklyn-bound train Tuesday.

“It was a very hard slap, I almost could feel the slap,” the high school student told the newspaper.

The slap broke the woman’s glasses and caused her to lose consciousness. She was removed from the train and taken to a local hospital.

The assailant jumped off at the next stop and the teen alerted the conductor to hold the train and call an ambulance. He then followed the assailant, according to the Daily News.

Khalifa said he was given a ride by an Orthodox Jewish passer-by and they spent the drive talking about how it was a hate crime. When he saw the assailant at a bus stop, they called the Shomrim Jewish safety patrol.

The teen, the passer-by and the Shomrim waited near the bus stop until the police arrived. The police removed the assailant, identified as Rayvon Jones, 31, from the bus. Jones was charged with assault in Brooklyn Criminal Court.

The Daily News reported that one of the Shomrim members drove Khalifa home.

“Some people are like ‘she’s Jewish, why did you help her,’ ” Khalifa told the newspaper. “I’m like everyone is equal. I treat everyone the same way.”