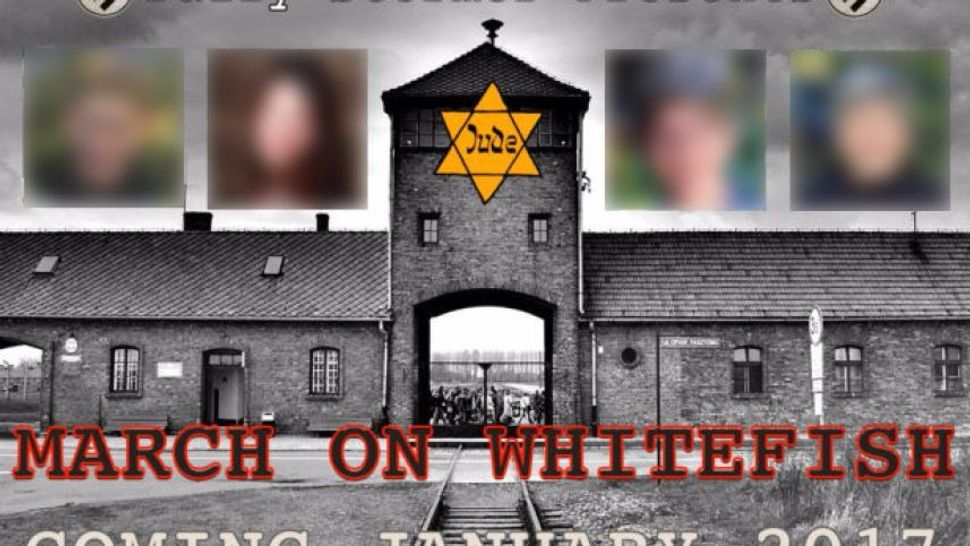 A neo-Nazi armed march designed to harass the Montana Jewish community of Whitefish has been postponed after the white supremacist organizer failed to get a city permit.

Andrew Anglin, who runs the neo-Nazi Daily Stormer website, announced on Wednesday evening that he would not hold his march scheduled for Monday because he has not yet obtained a special event permit from the city of Whitefish.

“We’re going to do it,” Anglin told ABC-Fox Montana in an interview held on Skype. “We’re not canceling the march. We’re postponing it due to the fact that if they’re going to deny the permit in the first place, then what are they going to do when we show up to the march. I don’t want to see a bunch of people get arrested. I don’t want to see any kind of problems. We’re trying to have a peaceful march and they’re trying to block us. And look, if they city is violating my constitutional rights and they get sued over this, then that’s a big victory.

He said in a post on the Daily Stormer that the march would be postponed to February, and that it would be held then without a permit if he could not secure one by then, adding that it “will be bigger and have more guns and special guests than we originally planned.”

Anglin said last week that nationalist groups from the United Kingdom, Sweden, France and Greece would attend the march. He also confirmed that “a representative of Hamas will be in attendance, and will give a speech about the international threat of the Jews.”

He also said that his attorney believes he has a federal lawsuit against the city since it required him to get permission for the march from every business on the march route, something which he says violates the marchers’ Constitutional rights.

“Winning a federal lawsuit against the city would be an even bigger victory than the march itself,” Anglin wrote.

Whitefish city officials remain concerned that marchers may still show up on Monday, the day the march was originally scheduled for, planning to march. Whitefish city manager Chuck Stearns told local TV channel KPAX that the city would be ready if any marchers arrive.

Whitefish is home to white supremacist leader Richard Spencer, president of the National Policy Institute, a white supremacist think tank, as well as his mother. In November, Spencer spoke at a white supremacist event in Washington, D.C., celebrating President-elect Donald Trump’s victory in which he called out “Hail Trump!” and was greeted by Nazi salutes.

The Daily Stormer published a blog post last month calling for followers to “take action” against Jews in Whitefish by writing and calling them with anti-Semitic messages. The post claimed that Jewish residents were “threatening” the business run by Spencer’s mother in the town.

The post included the names, phone numbers and addresses of Jewish Whitefish residents, as well as their photos emblazoned with yellow stars. It also showed the Twitter handle and photo of a child. Along with using a number of anti-Semitic slurs, the post warned readers against using “violence or threats of violence or anything close to that.”

Montana lawmakers and faith leaders have issued statements in support of the Whitefish community.