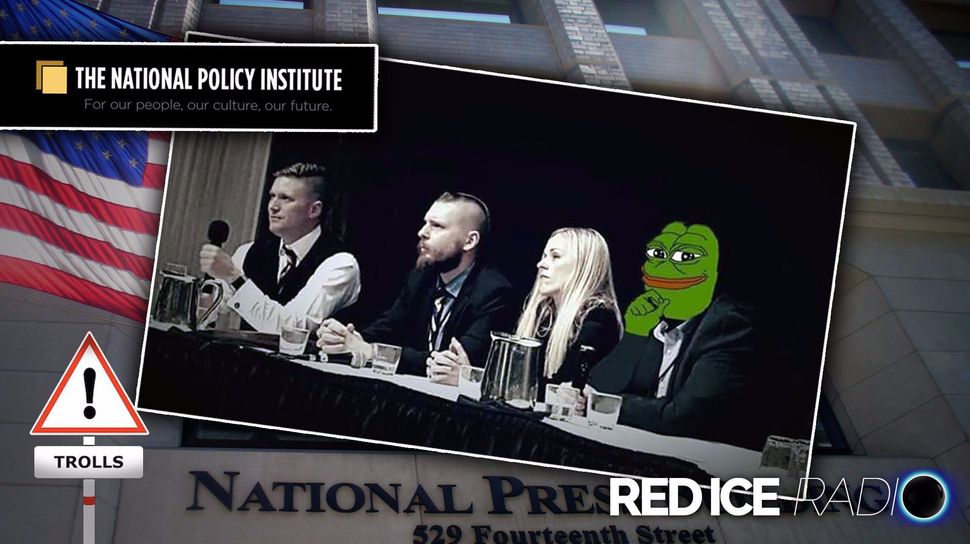 (JTA) — The founder of the popular right-wing blog post The Right Stuff resigned over the revelation that his wife is Jewish.

Mike Enoch, who also co-hosts “The Daily Shoah” weekly podcast, was outed over the weekend as Mike Peinovich, a website developer from New York. On the podcast, which has about 100,000 regular listeners, Peinovich as Enoch talked about killing Jews and spouted neo-Nazi invective.

The release of Peinovich’s personal details came after the identities of the other podcast panelists were made public earlier in the week by a rival website called 8chan. The invented surname reportedly is a reference to Enoch Powell, a far-right British politician and Nazi sympathizer.

Enoch was considered one of the three most influential figures in the “alt-right” movement along with Daily Stormer creator Andrew Anglin and Richard Spencer, president of the National Policy Institute, a white supremacist think tank. Spencer is a co-creator of the alt-right label, which describes a far-right movement whose followers traffic variously in white nationalism, anti-immigration sentiment, anti-Semitism and a disdain for “political correctness.”

Peinovich came clean with readers of The Right Stuff, posting a message in a password-protected forum that was reprinted in part by Salon.

“As I am sure you all know, I was doxxed and an ill advised attempt to fool the media about my identity led me to not talk to you people and to try to simply ride it out by being silent,” he said. “This was irresponsible and a disservice to all of you. Yes my wife is who they say she is, I won’t even bother denying it, I won’t bother making excuses. If this makes you want to leave the movement, or to have nothing to do with TRS, then I understand.

“Don’t lie for me. Don’t try to defend me to those attacking me. Don’t jeopardize your own reputation by defending things that you don’t think you can. I could try to explain my whole life for the last ten years to you but what difference at this point would it make. Life isn’t perfect.”

The Right Stuff has popularized many right-wing memes, as well as the triple parentheses known as the echo symbol used by white supremacists and anti-Semites on Twitter to identify Jews.