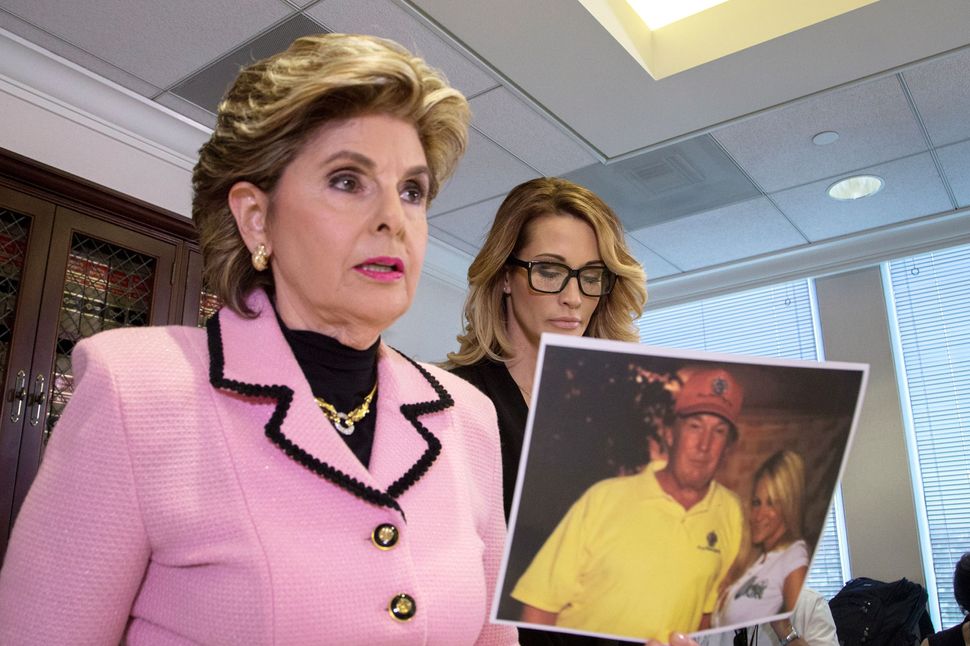 Days before he takes the oath of office as president of the United States, Allred announced that her client is suing the president-elect for defamation. Summer Zervos, a former contestant on Trump’s reality TV show “The Apprentice,” first accused Trump in October of groping her and kissing her on her lips.

Trump’s response was harsh. He lashed out at Zervos and at other women who accused him of other cases of sexual harassment, calling them liars and vowing to sue them after the elections.

“Truth matters. Women matter. Those who alleged they were victims of sex misconduct or sex assault by Donald Trump matter,” Allred said in a press conference alongside Zervos on Tuesday. “Mr. Trump knew that his false disparaging statements would be heard by people around the world.”

Allred represents several women who had accused Trump of groping, unwanted kissing and sexual harassment. During the elections she challenged Trump to release his employees from their nondisclosure clauses in case they wish to speak out against his sexual misconduct.

While the statute of limitations prevents Zervos and other women from launching sexual assault lawsuit against Trump, the defamation accusation is recent and could force the president-elect to respond.

Zervos said she will drop the case immediately if Trump “simply retract his false and defamatory statements about me and acknowledge that I told the truth about him.”

Asked about the timing of her defamation case against Trump, Allred responded: “Why not now?” and added that “It’s time to face the consequences. Women are not a footnote to history.”