Gloria Allred to Donald Trump: You Sue Us, We’ll Sue You Right Back 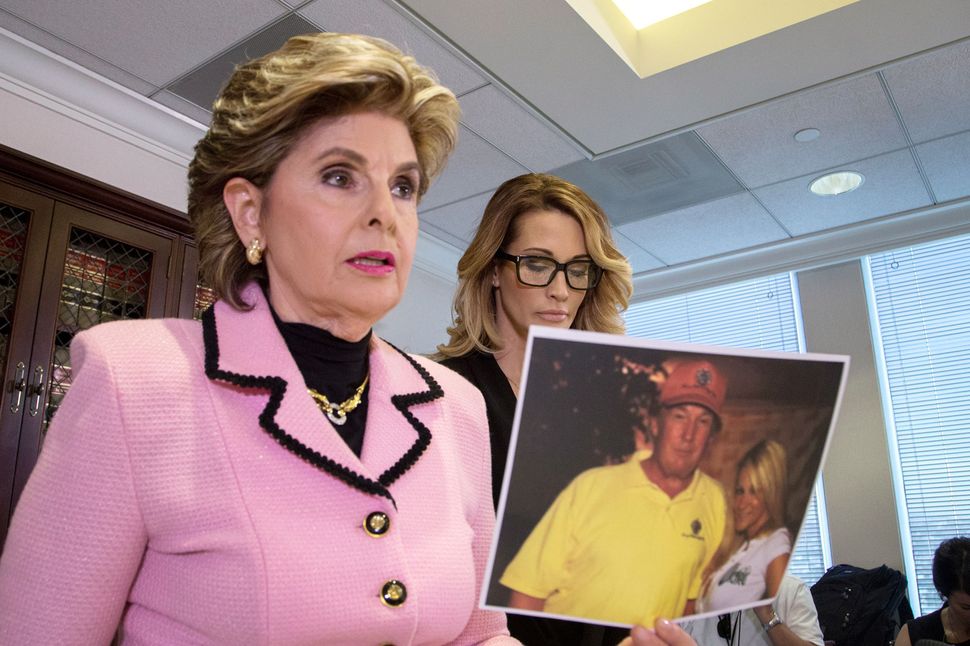 Gloria Allred is going to follow Donald Trump all the way to the White House if she has to.

In a piece that appeared in The Hollywood Reporter’s 2016 Women in Entertainment Power 100 issue , Allred, who represents four women who have charged the president-elect with sexual misconduct, discussed her ongoing battle with Trump.

“Mr. Trump’s response to the accusers’ claims was to call all of these women “liars.” He threatened to sue them after the election,” Allred said. “That created a heavy backlash from his supporters against the accusers. Often when women make allegations against rich, famous and powerful men, some people refuse to believe them.”

Allred represents four out of about a dozen women who have accused the president of inappropriate behavior. Among those women is former Miss USA contestant Temple Taggart, who claimed Trump kissed her on the lips during their first meeting.

Allred alleged that Trump supporters went out of their way to discredit her clients, including creating fake news stories and fake Twitter accounts.

“Truth was really the biggest casualty in this presidential campaign,” she said.

Allred has asked Trump to retract his statements calling her clients liars, and his threats to sue. She encouraged the business mogul to act “presidential” and to start his term with a clean slate. Should he decide to sue, Allred said she will hit him right back.

“In a lawsuit, Mr. Trump would have to sit for a deposition while I ask him many questions he may not wish to answer but will be required to answer,” she said. “It’s going to be a far-reaching deposition.”

If Trump does not make the move to sue his accusers, Allred warned that he may still face a legal battle.

In a play on the president-elect’s response to debate moderator Chris Wallace’s question on whether or not he would concede should he lose the election (“I will tell you at the time. I’ll keep you in suspense, OK?”), Allred said she chooses to keep her cards close to the chest.

Gloria Allred to Donald Trump: You Sue Us, We’ll Sue You Right Back