Barbra, Drake and Bette Are Gutted Over Trump 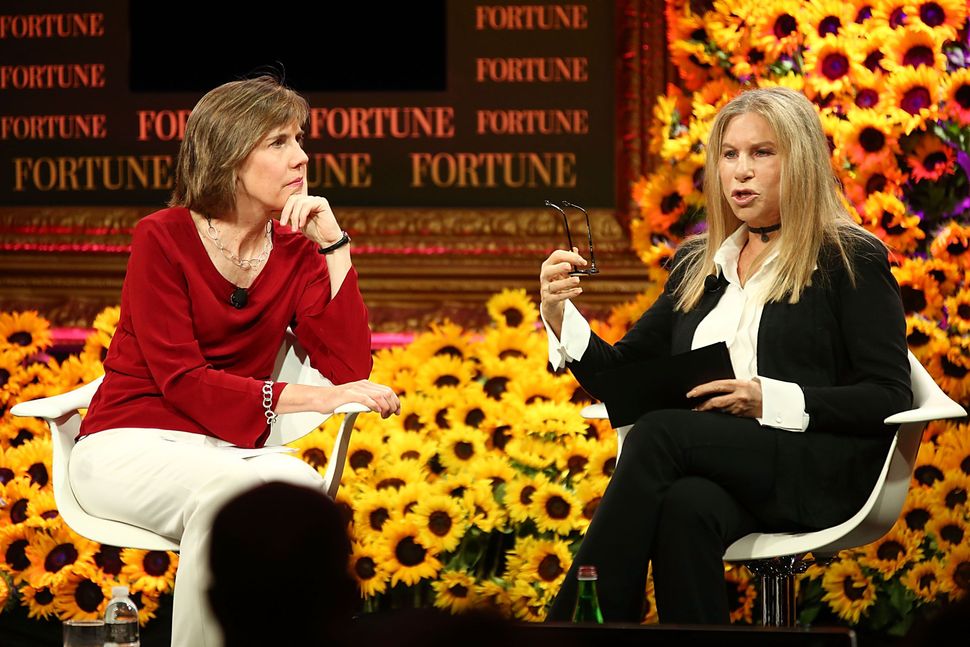 (JTA) — While Donald Trump’s upcoming inauguration has empowered his supporters — whom many commentators say were ignored by the Democratic party — many liberal voters are feeling extremely nervous and anxious. The latter group — surprise, surprise— contains many Jewish celebrities.

Barbra Streisand, for instance, who vocally supported Hillary Clinton throughout the presidential campaign, called the president-elect “clueless, reckless, graceless, mindless and heartless” in a Huffington Post piece on Wednesday.

“He doesn’t just bring economic policies I happen to disagree with, or an approach to healthcare funding that could hurt millions of people. This isn’t simply a matter of Republican versus Democratic. This is a man who, on record and often on video, disparaged or outright ridiculed women, immigrants, the disabled and others.”

Other celebs have taken to Twitter to voice their opinions and fears about Friday’s inauguration.

This just in: Trump Inauguration invitations have been declined by several Bibles that would rather he not touch them.

Enjoy this, the last full day of freedom, competence and grace.

Please stop saying, “And so it begins.” It already began and it fucking sucks.

“The Big Bang Theory” star Mayim Bialik offered a more cryptic message that hints at her thoughts on how Trump’s presidency might affect constitutional rights.

On 1/20 when Trump raises his hand to take the oath, I am going to raise mine & #TakeTheOath to preserve, protect & defend the constitution. pic.twitter.com/o9xiwXqm2K

Some have been feeling the love in recent days for outgoing president Barack Obama, who has one day left in the White House.

I love u @POTUS In good times & bad the buck stopped w you. Thank u for being a true leader & for 8 yrs of astounding, immeasurable progress

Jewish rapper Drake wins the prize for best Obama tribute: a visual mash-up of his face and the president’s face on Instagram.

As a Canadian that calls America home for part of the year I will always carry your words and the memory of your time in office with me as inspiration. Big up yaself O.

Barbra, Drake and Bette Are Gutted Over Trump