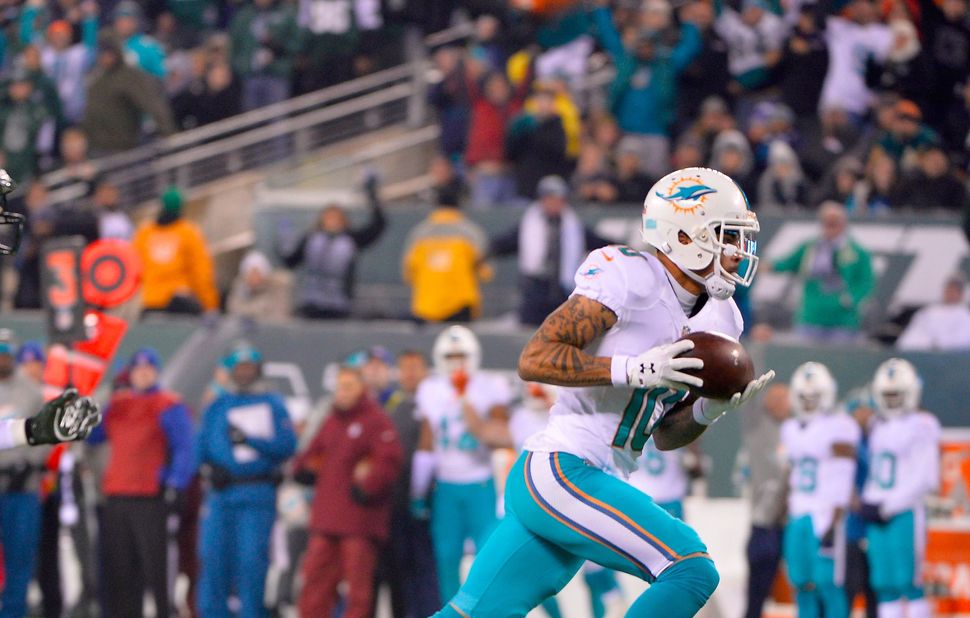 JERUSALEM (JTA) — Two National Football League players pulled out of an Israel Tourism Ministry-sponsored trip to Israel after one of the players tweeted that he felt “used” by the Israeli government.

Seattle Seahawks defensive end Michael Bennett tweeted on Saturday that he will one day take his own trip to Israel and also visit Palestinian areas.

The trip was announced by the Israel tourism and public diplomacy ministries on Feb. 5.  The NFL delegation was to include 12 current or former players and include visits to the Yad Vashem Holocaust museum in Jerusalem and the Black Hebrew community in the southern city of Dimona. Some of the players are expected to be baptized in the Jordan River. An exhibition game with a squad from the Israel Football Association is scheduled for Feb. 18 in Jerusalem.

Bennett first on Friday tweeted a photo of Martin Luther King Jr., writing under it: “Im not going to Israel.”

Im not going to Israel pic.twitter.com/KWzA0nCiFb

Early on Saturday he tweeted a longer explanation: “I was excited to see this remarkable and historic part of the world with my own eyes. I was not aware until reading this article about  the trip in The Times of Israel that my itinerary was being constructed by the Israeli government for the purposes of making me, in the words of a government official, an ‘influencer and opinion-former’ who would then be ‘an ambassador of good will,’” he tweeted.

He added: “I will not be used in such a manner. When I go to Israel — and I do plan to go — it will be to see not only Israel but also the West Bank and Gaza so I can see how the Palestinians, who have called this land home for thousands of years, live their lives.”

After Bennett posted the letter on Twitter, Miami Dolphins wide receiver Kenny Stills retweeted it, saying “Couldn’t have said it any better. I’m in!”

Couldn’t have said it any better. I’m in! https://t.co/F1vFBVJlmR

An open letter to the delegation published Thursday in The Nation and signed by several pro-Palestinian organizations, including Jewish Voice for Peace, and signed by individuals including author Alice Walker and actors Harry Belafonte, Danny Glover, called on the players to reconsider the trip, saying it is part of an effort to “help the Israeli government normalize and whitewash its ongoing denial of Palestinian rights.”