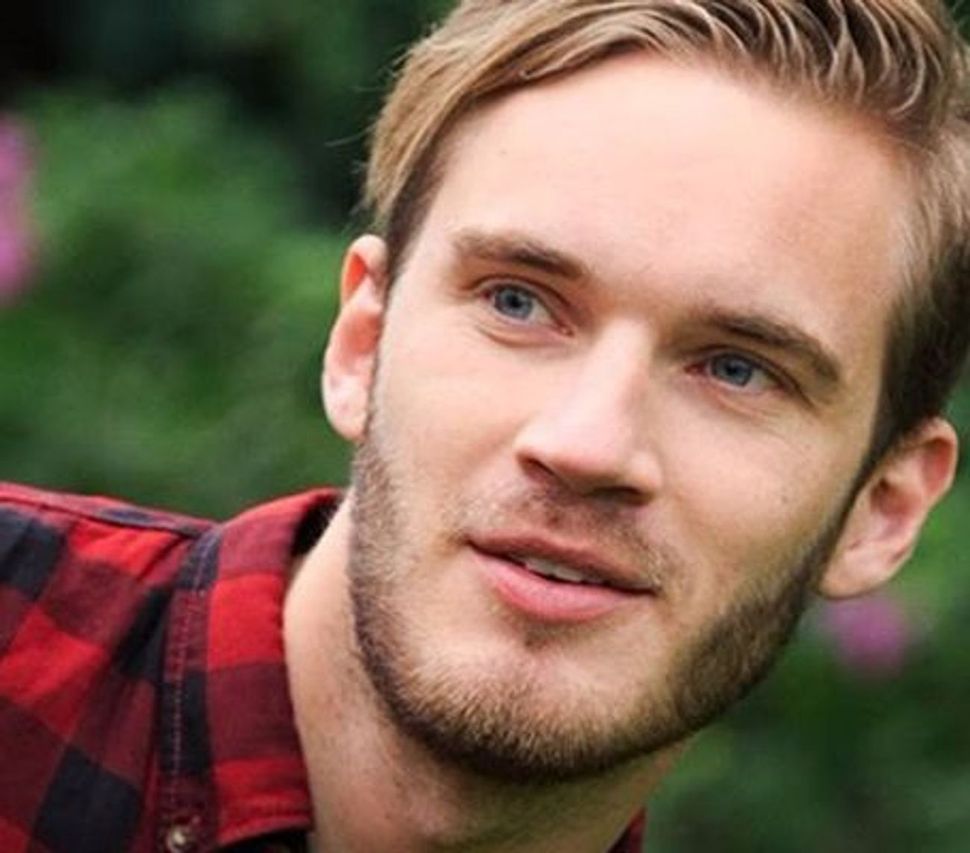 (JTA) — Disney has severed its relationship with a popular YouTube star after millions of people viewed his videos featuring anti-Semitic content.

In a Jan. 11 video, 27-year-old Swedish citizen Felix Kjellberg, known as PewDiePie, covers his mouth and watches as two South Asian men dressed in green loincloths hold a sign reading “Death To All Jews.”  The video was part of the YouTube star’s review of a since-closed website called Fiverr, where you can pay five dollars for people to do things for you live on air.

Kjellberg said on the video: “I don’t feel too proud of this, I’m not going to lie. I’m not anti-Semitic or whatever it’s called. It was a funny meme, and I didn’t think it would work… I swear, I love Jews. I love them.”

The video was viewed more than 6 million times before it was removed by Google, which owns YouTube.

The Wall Street Journal first reported the dropping of PewDiePie by Disney-owned Maker Studios on Monday evening. The report said the YouTube star had posted nine videos with anti-Semitic content and Nazi references since August.

He has more than 53 million subscribers to his video channel, and has garnered nearly 14.7 billion video views on his main channel, according to Variety.

“Although Felix has created a following by being provocative and irreverent, he clearly went too far in this case and the resulting videos are inappropriate. Maker Studios has made the decision to end our affiliation with him going forward,” a spokesperson told Variety in a statement.

Kjellberg defended his videos in a post Sunday on Tumblr. “I was trying to show how crazy the modern world is, specifically some of the services available online. I picked something that seemed absurd to me—That people on Fiverr would say anything for 5 dollars,” he said.

He added: I make videos for my audience. I think of the content that I create as entertainment, and not a place for any serious political commentary. I know my audience understand that and that is why they come to my channel.  Though this was not my intention, I understand that these jokes were ultimately offensive.”

He also wrote that he does not support hate-based groups.