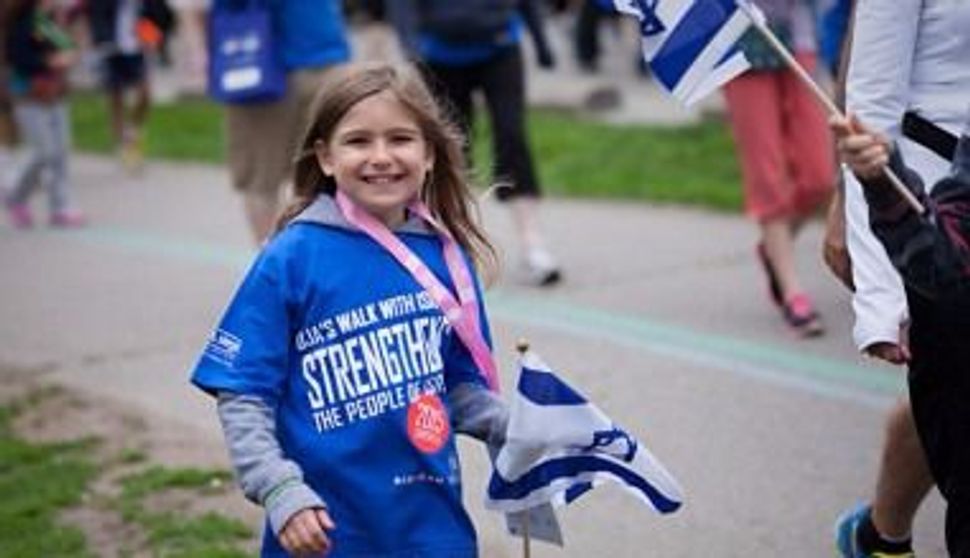 (JTA) — The website for the metropolitan Detroit area’s Walk for Israel was hacked and peppered with hate-filled and anti-Semitic expressions.

The messages appeared on the site’s home page for about three hours on Tuesday, according to local reports.

Thousands of people, both Jews and non-Jews, participate in the march, which is marking its 12th year.

The West Bloomfield Police Department is investigating the incident and could involve the FBI, according to reports.

Andre Douville, CEO of the Walk for Israel, told the CBS affiliate in Detroit that he began getting phone calls at around noon on Tuesday telling him there was a problem with the website.

“It was really hard to see that hate come and touch us here,” he told WWJ, the CBS affiliate in Detroit.

“I was really taken aback that somebody, that easily take over something that I would consider rather innocuous and benign and put this hate-filled speech and broadcast that to the world,” he also said.

The company that hosts the website replaced the hacked page with a backup from the previous week.

Police said the messages were misspelled and had incorrect grammar. This reportedly is a sign that the message could have originated overseas.

More than 150 threats have been received by JCCs, Jewish schools and other Jewish institutions since the beginning of the year, according to the Secure Community Network, which coordinates security across Jewish organizations in North America.