Netanyahu’s Office: Prime Minister And Greenblatt ‘Made Progress’ On Settlements 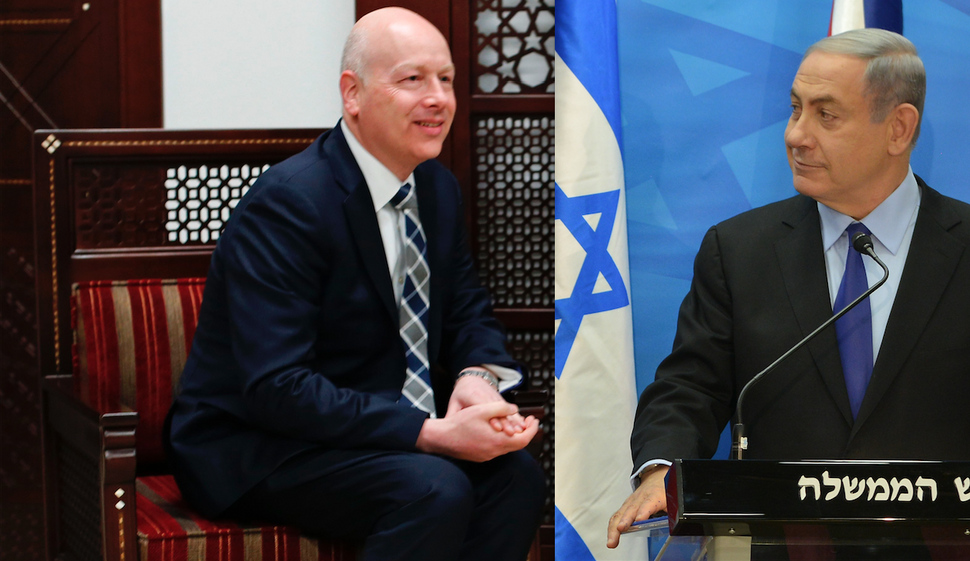 The two met Thursday for the second time in a week and held “another positive discussion regarding the shared interest of the United States and Israel in advancing a genuine and lasting peace between Israel and the Palestinians that strengthens the security of Israel,” its statement on the meeting said.

Greenblatt has been touring Israel and the Palestinian areas since Monday to gauge attitudes to peacemaking. He had met with Netanyahu on Monday.

The settlement discussion was a follow-up on Trump and Netanyahu’s agreement in Washington, D.C., last month to work out an approach that reflects both leaders’ views.

“Those discussions are continuing between the White House and the Prime Minister’s Office,” according to the statement.

In addition to discussing how to achieve progress toward peace in the coming months, the statement said Netanyahu and Greenblatt “discussed concrete measures that could help support and advance Palestinian economic development.”

Netanyahu’s Office: Prime Minister And Greenblatt ‘Made Progress’ On Settlements