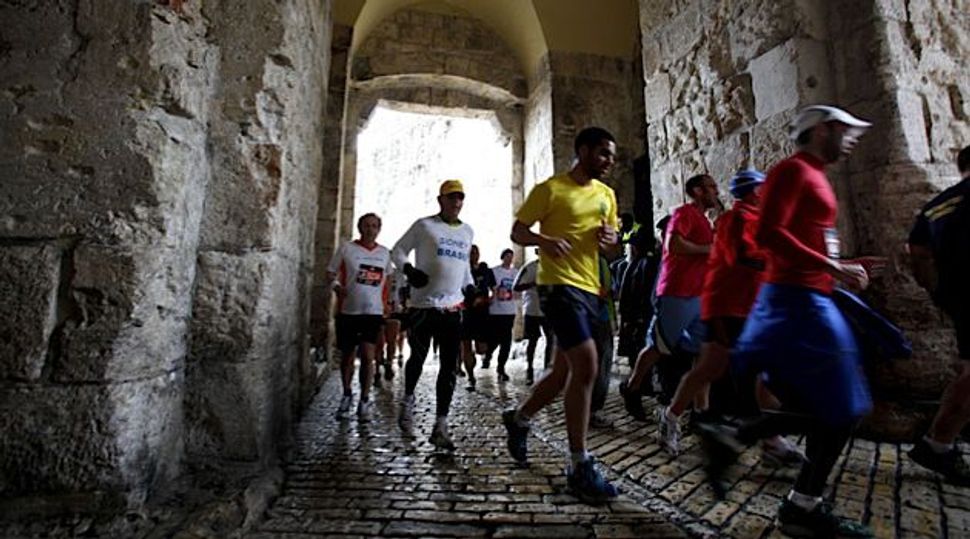 Police learned about the buses from a young man they arrested Thursday, the report said. He provided precise information on the plans of Litvak fundamentalists to disrupt the event, which they regard as inappropriate in Jerusalem, which is the holiest place in Judaism.

The trigger for the alleged attempt to disrupt the marathon was the recent arrest of a Haredi man accused of deserting the army.

Haredi men once were allowed an automatic exemption from serving until a 2014 law decreed they sign up for the army or other frameworks by 2017. 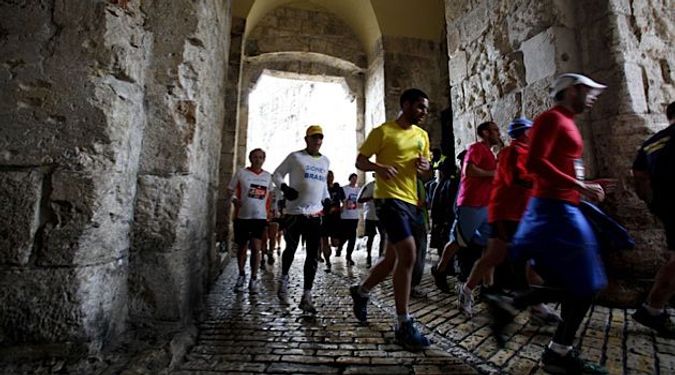 While many haredim still avoid military service, the army met its 2015 goal for increasing haredi participation in its ranks, according to the radio report. The news site Walla reported that the IDF that year saw at least 2,300 haredi recruits, a record, compared to 1,972 the previous year.

This year’s Jerusalem Marathon included 30,000 runners, with more than 3,500 of them coming from 65 countries, running a variety of distances. Shadrack Kipkosgei, 26, of Kenia won the marathon after completing the 42.195 kilometer race – or 26.2 miles — in two hours, 17 minutes and 35 seconds.

He was also the winner of the 2016 Jerusalem Marathon, which he completed that year in two hours, 16 minutes and 33 seconds.

But the current recorded still belongs to Ronald Kimeli Kurgat, who is also Kenyan, for his 2014 performance in  two hours, 16 minutes and nine seconds.

Around 2,000 runners ran the full marathon, with another 6,000 competing in the half-marathon, more than 10,000 in the 10k and the remaining participants taking part in the family and community races, according to The Times of Israel.

At the finish line, one sweaty participants proposed to his fiancee, who ran alongside him, as bystanders cheered, Israel Hayom reported. The daily’s online edition did not name the couple but added that Mayor Nir Barkat, a jogging enthusiast who attends the Jerusalem Marathon regularly, was first to congratulate the couple.

Among the participants this year were dozens of victims of terrorist attacks, who attended the race as a group sponsored by the OneFamily organization supporting terror victims and their families.

Hadas Mizrahi, widow of Baruch Mizrahi of Modi’in, who was killed in a shooting incident almost two years ago, was among the OneFamily runners, along with Renana Meir, whose mother, Dafna, was murdered in Otniel last year.