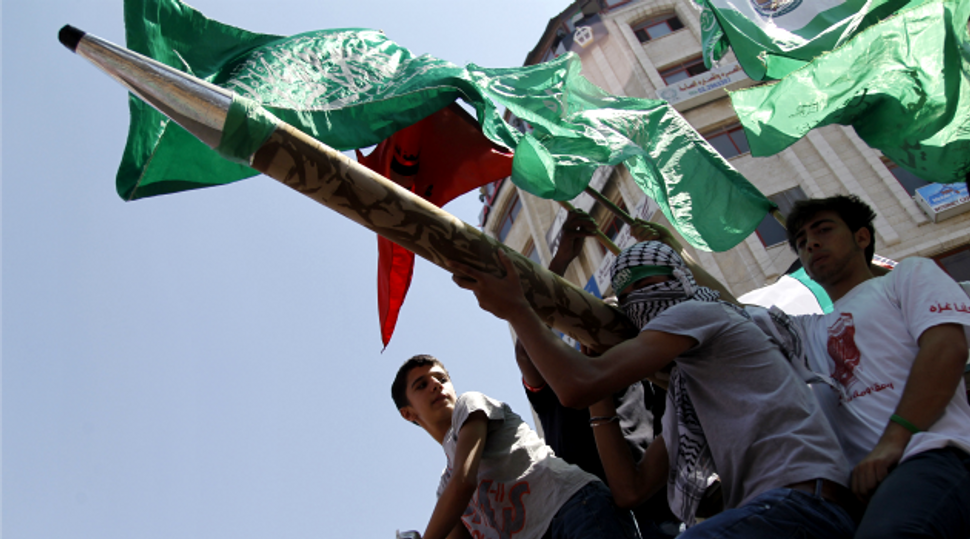 On Sunday, geopolitics got all “hafouch” as they say in this country. Iran reportedly imposed penalties on U.S. firms for working with Israel, and Hamas closed its border with the Jewish state. Typically, of course, it’s the other way around, with the United States and Israel doing the sanctioning of Iran and Hamas.

According to Iran’s IRNA state news agency, the “reciprocal” sanctions on 15 U.S. companies are for alleged human rights violations and cooperating with Israel. IRNA quoted Iran’s foreign ministry as saying the companies had “flagrantly violated human rights” and cooperated with Israel against the Palestinians.

The reported seizure of assets and ban on contact is largely symbolic since the companies don’t do business with Iran. Among the targeted firms are Re/Max Real Estate, which Tehran accuses of “buying and settling home in settlements located in the occupied territories.”

Emily Landau, a senior researcher at the Institute for National Security Studies, a leading Israeli think tank, said Iran actually has a long history of using the United States’ tactics against it.

“This is well-known Iranian tactic of turning the tables on the U.S.,” she wrote in an email to JTA. “Iran has done it many times before over the past years. They take the same messages that the U.S. sends them, about how Iran must do this or the other, and send them back in reverse.”

Meanwhile, in a rare move, Hamas shut the Erez crossing, which is how people move between Israel and Gaza, due to the assassination of a senior official in its military wing Friday. Hamas officials have blamed Israeli intelligence agency Mossad for the killing of one of its top military leaders, who was shot dead by unknown gunmen Friday in Gaza.

“The closure is being implemented as part of the steps taken by Hamas security forces as a result of the crime of the assassination of Mazen Fuqaha,” the spokesman for the Interior Ministry said in a post on his official Facebook page.

Israel has maintained a blockade of Hamas-run Gaza since 2007, but it grants permits for people to cross through Erez for business or humanitarian reasons cross. Hamas apparently suspects that collaborators with Israel were involved in the shooting. Israel has not commented.

So far, Hamas has refrained from responding with rockets. Israeli analysis Avi Issacharoff wrote in The Times of Israel Sunday that Hamas may be looking to avoid a new war.

“Yet, for all its rhetoric, Hamas has yet to show any firm evidence of Israeli involvement, a fact that may give the organization the political maneuvering room to avoid a dramatic response that could lead to a full-fledged confrontation,” he wrote.

But he noted the group’s new Gaza chief, Yahya Sinwar, was known to be dangerous and unpredictable when he was head of Hamas’ military wing, and Israel-Hamas tensions can escalate quickly in the summertime.

In response to a proposal by U.S. lawmakers to go further and brand Iran’s elite Revolutionary Guards a terrorist organization, a senior Iranian lawmaker threatened that his country could do the same to the CIA.

It’s all diplomatic games until someone goes to war.