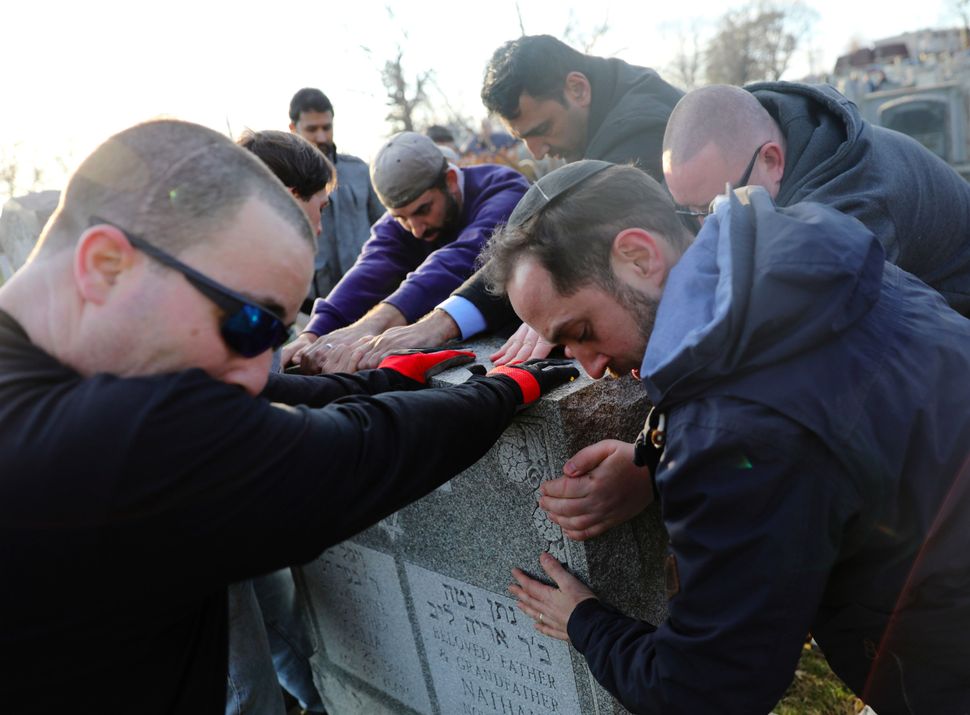 (JTA) — Dozens of volunteers and laborers launched the restoration of toppled and damaged headstones at a Philadelphia Jewish cemetery.

The work will include setting and gluing the stones, fixing the cemetery fence and increasing the lighting for security purposes.

The damage to about 175 gravestones was discovered in late February, days after a Jewish cemetery in St. Louis was vandalized. No suspects have been identified.

Meanwhile, most of the 154 toppled gravestones at the Chesed Shel Emeth Cemetery in St. Louis have been righted and resealed to their bases, local public radio reported. Some 16 of the stones have to be replaced, which could take three months, according to the report.

A crowdfunding campaign launched by two Muslim activists for repairs to the St. Louis cemetery as of Monday had raised over $162,000 with four days remaining. Its initial goal was $20,000.