Is Islamic State Plotting To Bring Terror To Israel? 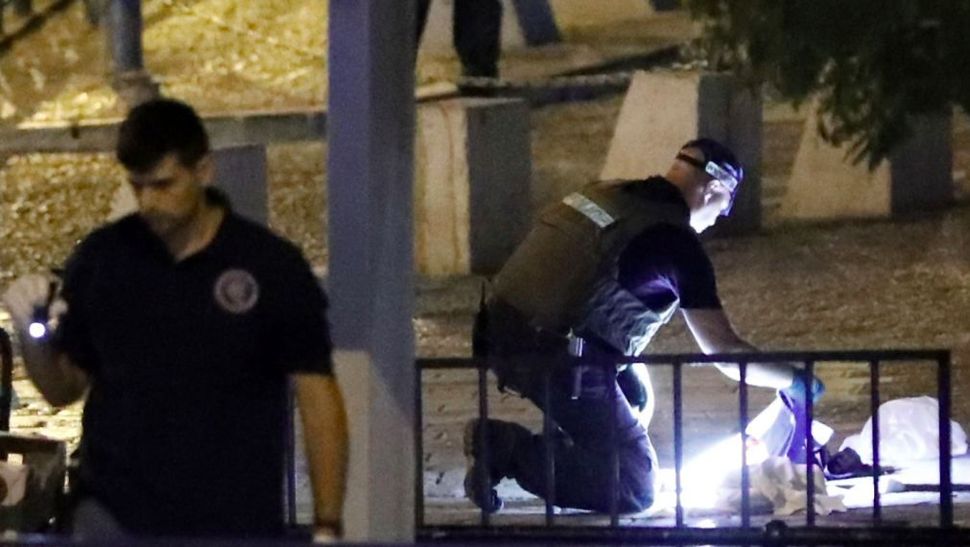 JERUSALEM (JTA) – When the Islamic State claimed credit for an attack on Israeli soil for the first time Friday and vowed to strike again, the response here was not fear but incredulity.

Israeli officials generally dismissed the militant Islamist group’s assertion that it was behind the shooting and stabbing in Jerusalem that left a 23-year-old policewoman dead along with her attackers.

Top U.S. experts on the group said the officials would be wise to think again.

“This is a pattern that we see. ISIS makes threats, very grandiose threats, accompanied by snuff videos and things of that nature,”Rukmini Callimachi, a New York Times reporter who monitors the group online, told JTA. “Reaction in the West is this is the talk of deranged people, it’s all talk and no action, and then one by one, countries that have been called out have seen bloodshed on their soil.”

Callimachi and other U.S. analysts warned that the Islamic State rarely bluffs about attacks. The group has long vowed to destroy the Jewish state, they said, and it may finally be following through.

The Islamic State, or ISIS, claimed responsibility soon after the attack, which involved a pair of coordinated assaults by three West Bank Palestinians in and around the Old City Friday night. Through its official online news agency, the Islamic State announced that “lions of the caliphate carried out a blessed attack on a gathering of Jews in al-Quds,” referring to Jerusalem by its Arabic name. It warned the attack “will not be the last.”

Hamas, the militant Islamist Palestinian group that controls the Gaza Strip, rejected the Islamic States’s claim early Saturday morning, with a spokesman calling it an “attempt to muddy the waters.” The attack was carried out by “two Palestinians from the Popular Front for the Liberation of Palestine and a third from Hamas,” Sami Abou Zouhri said.

For their part Israeli officials, including in the Israel Security Agency, or Shin Bet, and Israel Defense Forces were unimpressed by either group’s declarations. They said the attackers appeared to have been part of a local cell with no organizational backing.

“As we understand it, there is no connection between ISIS or Hamas to what happened,” a high-ranking military official told JTA Sunday on condition of anonymity. “We understand at the moment that it’s a local initiative, a local terrorist cell, without any connection to any terrorist organization.”

But Callimachi said it was unusual for the Islamic State to falsely claim an attack and it was unclear what the group would gain from doing so in Friday’s attacks, which she described as “small potatoes.” She noted that many attacks connected to the Islamic State are deemed initially to be the work of lone wolves, with evidence of ties to the group only emerging later, often too late to make headlines.

“Contrary to public perception, ISIS does not claim every attack,” she said. “They actually have a very good track record — there are far more instances of attacks ISIS did but never claimed than the opposite.

“It doesn’t make sense that they would want to [falsely] claim this small attack in a territory where they have already been accused of inspiring attacks at a time when they have had major attacks in places like Europe and Iran.”

Callimachi also pointed out that the Islamic State has repeatedly threatened Israel, including in a December 2015 video believed to feature its leader, Abu Bakr al-Baghdadi. The group eventually followed through against other countries it menaced, she said, including the United Kingdom and Iran.

Local officials confirmed the group’s claims of a car ramming and stabbing in London on June 3 that killed eight people and a shooting in Tehran on June 7 that killed 18, as well as of two deadly attacks in Britain earlier this year.

Following the Iran attack, Michael S. Smith II, an adviser on terrorism to the U.S. Congress, had predicted Israel would be next. Increased use of Hebrew on Islamic State communication channels hinted to him that something was afoot. With the group suffering military losses in Syria and Iraq, he said, targeting Israel is a good way to win recruits and distinguish itself from competitors.

Smith speculated that both Israeli and Hamas officials were hesitant to credit the Islamic State with the Jerusalem attack for fear of giving it a propaganda victory. He reasoned that neither party wants to see Hamas — which Smith says ideologically “agrees with the Islamic State more than it disagrees” — face competition to take an even more violent approach to its conflict with Israel.

“I would suspect there’s recognition that jumping to claim an attack was Islamic State would be strategically problematic,” he told JTA. “Israel and Hamas leadership, although probably not coordinating their response, have similar sets of concerns here — namely that the dynamic becomes one where there is a need for more conflict to assert Palestinian leadership.”

Current and former Israeli officials who work in counterterrorism acknowledged there is still much they do not know about Friday’s attacks. But some voiced skepticism that the Islamic State could make inroads among the Palestinians, who have generally rejected the group’s ideology. Even if it did, they suggested the group would not significantly alter Israel’s already challenging security reality.

Islamic State affiliates have claimed rocket fire into Israel, and officials deemed at least two terrorist attacks in the country last year to have been inspired by the group. Yet Palestinian violence against Israel and Zionism long predates the Islamic State, and large numbers of Palestinian youths have been launching lone wolf attacks against Israelis since October 2015, moved by personal and political frustrations.

Intelligence Minister Yisrael Katz said Monday that while Israel had no evidence the Jerusalem attackers were linked to any organization, it takes the Islamic State threat “very seriously” and allocates “significant resources” to thwarting attacks at home and abroad. He said Israel is at less risk from the Islamic State than other countries in part because of its well-established defenses and policy of deterrence.

“As far as terror in general is concerned, we feel that Israel is better organized to deal with it as a result of experience and creativity and innovation, in terms of relevant legislation, which is very important, and also in terms of public awareness and fast response by military, police and armed civilians with military experience,” Katz told JTA in an email exchange. “Although even with all that, we are unfortunately unable to completely prevent attacks like the one in Jerusalem, which took once again the life of a young policewoman.”

Asked if Israel should be more concerned about the Islamic State, Amos Yadlin, a retired major general who served as Israel’s chief of military intelligence, reiterated his oft-stated view that the group is “not a critical threat.” The second intifada, a bloody Palestinian uprising between 2000 and 2005, taught the country how to handle terrorism, he said, leaving him to worry about other security challenges in his current role as head of the head of the influential Institute for National Security Studies think tank.

“With all due respect, we face much bigger concerns than some stabbings,” Yadlin told JTA, pointing especially to Iran and its patron in Lebanon, the Shiite Islamist militant group Hezbollah. “The rest of the world is already fighting ISIS, but with these other terrorists we’re alone.”

Is Islamic State Plotting To Bring Terror To Israel?