Why Were There No Women On The Chief Rabbinate’s ‘Blacklist’? 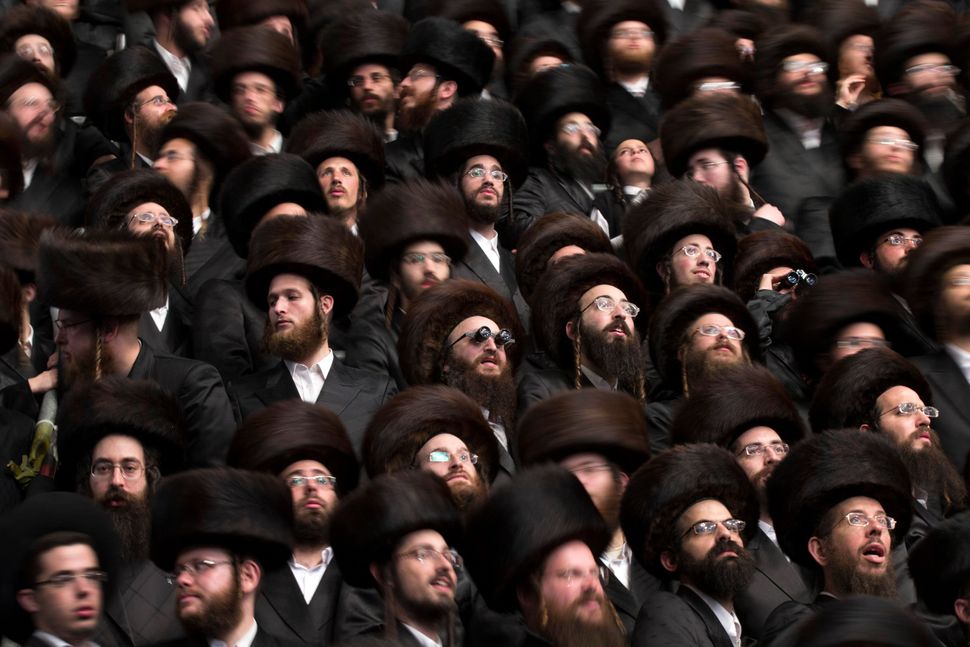 NEW YORK (JTA) – The Israeli Chief Rabbinate’s so-called “blacklist” of Diaspora rabbis runs the denominational gamut. The rabbis on the list, who got there by writing letters confirming the Jewish identities of immigrants that were rejected by the Chief Rabbinate in 2016, are Orthodox, Conservative, Reform — and even from the smaller Reconstructionist and Renewal movements.

But one category of rabbis is missing: women.

Women make up a growing percentage of Jewish clergy in North America. Every Jewish stream, including a branch of Orthodoxy, now boasts ordination of some kind for all genders. Roughly 20 percent of non-Orthodox rabbis in North America are women.

Even so, all of the 78 North Americans on the rabbinate’s list are men.

The list includes some 160 rabbis in total. The nonprofit that obtained the list, Itim, claims it’s a “blacklist” meant to delegitimize the rabbis. The rabbinate, however, says the list was formulated incorrectly and is meant only to indicate problems with letters written by the rabbis, not with the rabbis who wrote them.

The rabbinate’s spokesman, Kobi Alter, declined to respond to an inquiry as to why the list includes no women.

One explanation, of course, could be that the rabbinate had accepted whatever letters it received from women rabbis in 2016. That is possible, of course, but American women rabbis had a few other theories they consider more likely.

Some suggested that the rabbinate didn’t want to recognize women as clergy.

“If they put names of women rabbis on that list, they’d have to acknowledge that women can be rabbis, and I think that’s not a step they’re willing to take publicly,” said Rabbi Rachel Ain of New York City’s Conservative Sutton Place Synagogue. “They’re not willing to put my name on the list because they don’t consider me a legitimate rabbi.”

Still, many Israeli haredim, or fervently Orthodox Jews, do not recognize any Reform and Conservative rabbis, and yet the names of many are on the list. Rabbi Debra Newman Kamin suggested that’s because women rabbis are in a category all their own. She surmised that the absence of women was more unconscious than intentional discrimination.

“A woman rabbi is like a unicorn, so why would you include a unicorn on the blacklist?” said Newman Kamin, vice president of the Conservative Rabbinical Assembly. “I don’t think it’s because they want to make a statement about the position of women rabbis. We’re not even on their radar screen.”

Others suggested that the rabbinate’s opposition to women rabbis leads to a form of self-censorship. Because women rabbis know the rabbinate will reject them, some reach out to male rabbis when a congregant asks for a proof-of-Judaism letter.

There are two reasons immigrants to Israel would need a proof-of-Judaism letter from a rabbi: to gain citizenship and to get married. Citizenship is determined by the Israeli government, which maintains a fairly expansive definition of Jewish identity. But marriage in Israel is controlled by the Chief Rabbinate, which requires that the bride and groom both be Jewish according to Orthodox Jewish law. So it’s easier for a citizenship letter to be accepted than a marriage letter.

Newman Kamin said that she had submitted letters to the rabbinate, for marriage, that were approved in years past. But other women rabbis said they hesitate to write such letters now. Rabbi Ellen Nemhauser, co-president of the Reform Women’s Rabbinic Network, said that when her son needed a letter to extend a visa to Israel recently, she asked a male rabbi to sign.

“I believe my ordination is valid, but we don’t want to set people up to run into difficulties or failure,” said Nemhauser. “I’m guessing there are many women like myself who defer to a male colleague.”

The reason for the absence of women might be more prosaic. The terms of the list are clearly defined — rabbis whose letters were rejected in 2016 — and women may not appear simply because, four decades after the Reform movement began ordaining women, there still aren’t all that many women rabbis, relative to the total number of rabbis in the U.S.

Nemhauser estimates that among the 3,000 Reform rabbis, a quarter are women. Newman Kamin says the figure is about 15 percent for the Conservative movement’s 1,700 rabbis. Fewer still are the number of women rabbis leading congregations. And beyond a small group of Orthodox women clergy — many of whom do not call themselves “rabbi” — all Orthodox rabbis are men.

“How many could there be in any given year?” Newman Kamin said. “How many American Jews are getting married in Israel who happen to belong to synagogues with women rabbis?”

Why Were There No Women On The Chief Rabbinate’s ‘Blacklist’?