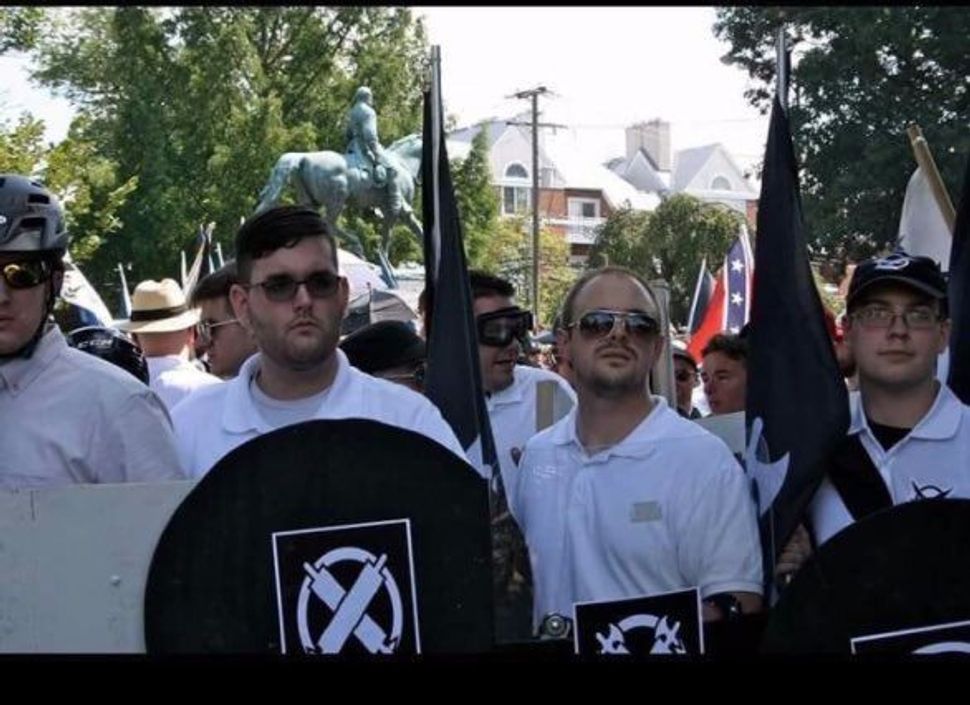 WordPress.com has taken down the website of Vanguard America, the group with whom accused killer James Alex Fields rallied at the “Unite the Right” rally in Charlottesville, Virginia.

The site’s takedown occurred some time between 6p.m. and 6:30p.m. Monday. Clicking on the group’s website now yields the message: “reactionamericacom.wordpress.com is no longer available. This blog has been archived or suspended for a violation of our Terms of Service.”

A message sent to Auttomatic, the company behind WordPress.com, via its website, asking about the site’s takedown produced no immediate response. A review of WordPress.com’s Terms of Service shows no condition that Vanguard America clearly violated. An earlier perusal of the group’s website showed no explicit calls for violence. And Auttomatic’s Terms of Service contain no provision regarding political extremism. But the web page does state: “Automattic may terminate your access to all or any part of our Services at any time, with or without cause, with or without notice, effective immediately.”

Vanguard America, whose website listed no contact information even before it was taken down, could not be reached for comment. According to the Southern Poverty Law Center, which tracks far-right groups, Vanguard America was one of the primary organizers and promoters of the “Unite the Right” rally that took place over the weekend. The rally on Saturday left one counter-protester dead and numerous others injured after Fields allegedly drove a car into the massed group.

Websites for other groups that were involved in the “Unite the Right” rally, such as Stormfront, were still up as of Monday night.