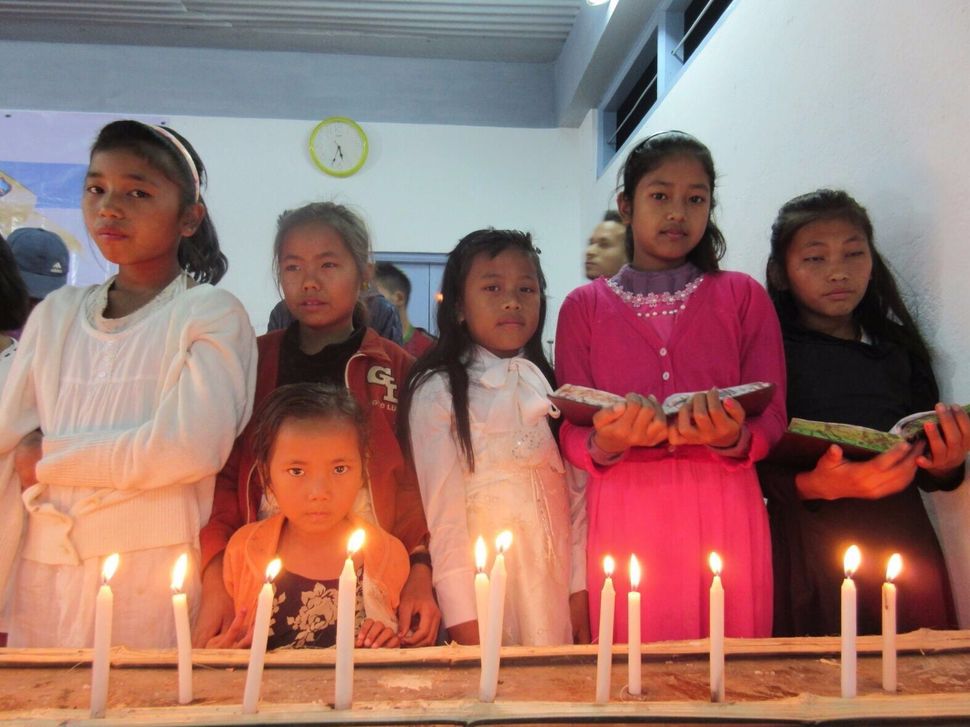 (JTA) — An Israeli government committee will propose making it easier for non-Jews who have Jewish ancestry or members of communities following Jewish practices to visit and study in Israel.

The Diaspora Affairs Ministry panel will also recommend establishing cultural centers abroad to allow members of these communities to learn more about Judaism and Israel and creating a new visa category for such people to stay in the country for longer than allowed on a tourist visa, Haaretz reported Monday.

Haaretz said it obtained the recommendations in advance of the report’s expected publication in the coming weeks.

Non-Jews can now visit the country on a three-month tourist visa, but the new category would allow those with Jewish roots or who belong to “emerging communities” to stay for longer so they could learn about Judaism and Israel.

The category would apply to people who have Jewish ancestry but do not qualify for the Law of Return, which allows anyone who can prove they have one Jewish grandparent to become an Israeli citizen. The report notes that thousands of people in Poland are descendants of Jews who were forced to hide their identity during the Holocaust. Similarly, many individuals from Spain and Portugal trace their roots to Jews forced to convert during the Inquisitions.

The “emerging,” or “Judaizing” communities, include groups, often in remote places, that are practicing some aspects of Judaism.

Many members of these emerging communities see themselves as Jews although they are often not recognized as such by Jewish communities around the world. Some, including communities in Madagascar, Nicaragua and Uganda, have completed conversions to Judaism, though many still struggle to obtain the recognition necessary to immigrate to Israel.

The Israeli government has not formed a uniform policy for addressing these communities, said the report, according to Haaretz. It noted that Ethiopian Jews and the Bnei Menashe Indians — who claim to be descended from one of the lost tribes of Israel — have been able to immigrate to Israel in some capacity, though the Israeli Chief Rabbinate requires them to undergo conversions to Judaism upon arrival.

The Diaspora Affairs Ministry set up the committee two years ago. It is headed by Israeli historian Ofir Hairy, vice president of the Jerusalem-based think tank the Herzl Institute and founder of the Shalem Center, which became the liberal arts Shalem Colllege.