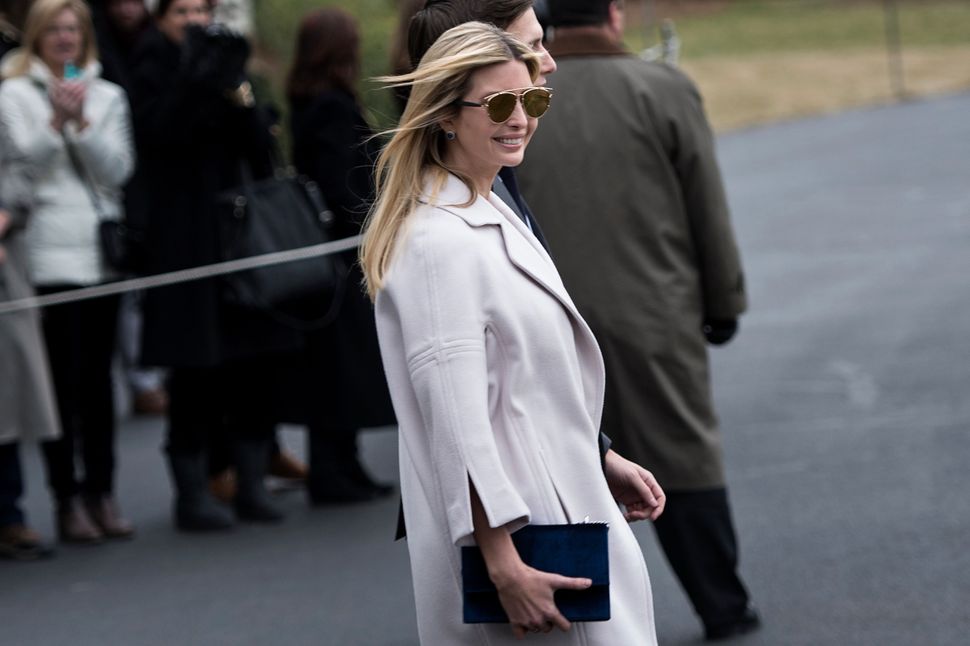 Like other ecommerce juggernauts such as Net-a-porter who create online magazine spreads as a way to sell their merchandise, Ivanka Trump HQ has sent out an email today announcing their “Fall Fashion Issue.” Being that most “Fall Fashion Issues” tend to come out in late August/Early September, it seems that Ms. Trump’s brand is a little late to the game.

But the “online magazine” is hardly a magazine: it’s a collection of articles that discuss Ivanka’s fall line, with a sprinkling of feel-good, “lean-in” work and lifestyle-related topics. The navigation of this so-called “issue” feels scattered and unorganized; it is mostly comprised of two sentence, stand-alone “articles” of fall “inspiration.” The result is remarkably sterile and sanitized — no moody editorials, no gorgeous layouts. It’s just a sea of commercially pretty, mall-ready girls pasting on half-hearted smiles as they pose in bland, Ivanka Trump-branded products. It’s just as superficial and artificially crafted as Ivanka’s public persona. 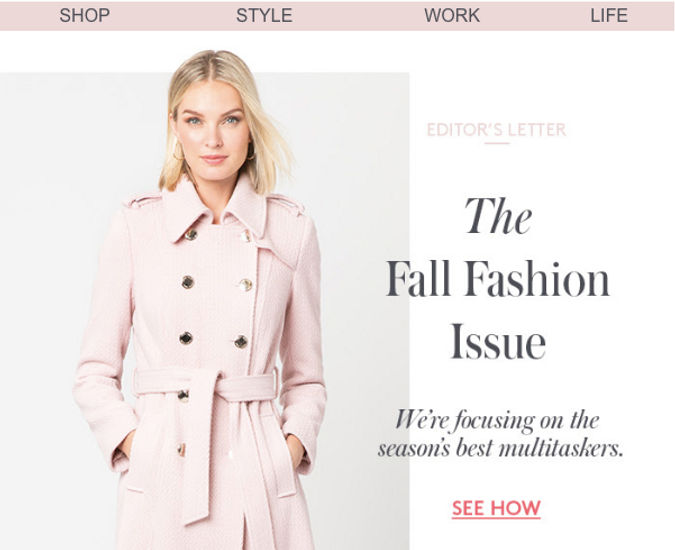 Notably, the editors and writers at Ivanka Trump HQ are nameless and faceless.

Even the “Editor’s Letter” has a vague signature; a stylized and perfectly cursive “Enjoy” signs off to readers. To be fair, it may be to protect their identity from strident anti-Trumpsters. But it also creates an editorial “tone” that is anything but: Inoffensive and dull; unflaggingly cheerful but colorless, excavating all the voice and personality of their writers.

It’s a digital excursion in peppy banality. And certainly not worthy of the title “Fall Fashion Issue.”