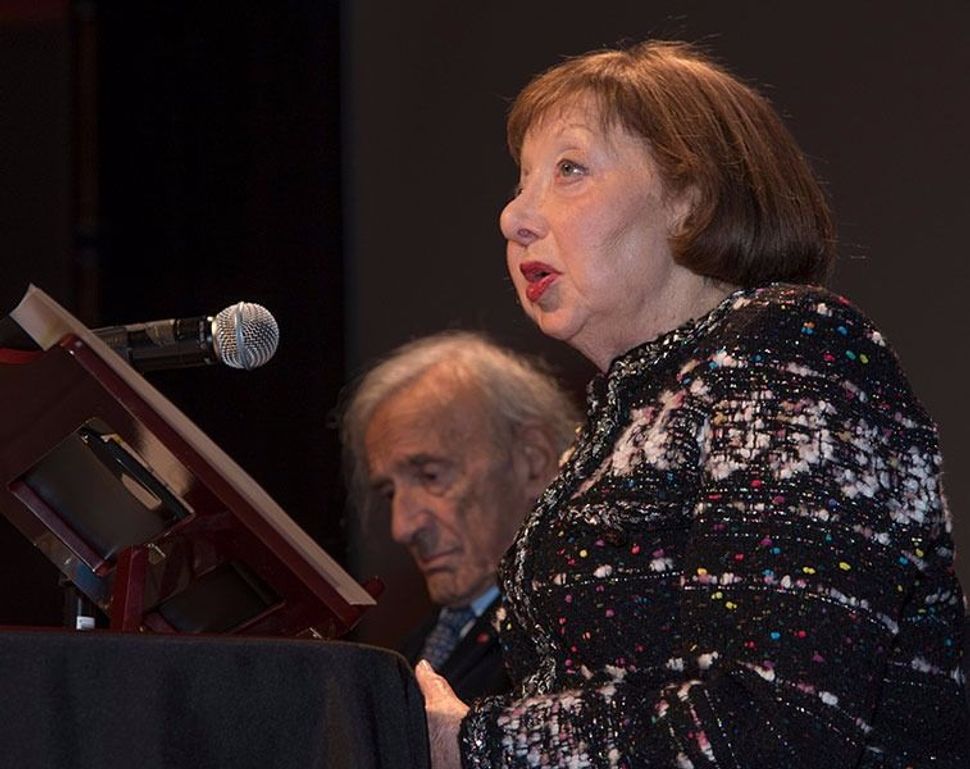 Dr. Fanya Gottesfeld Heller, the Holocaust survivor, author, and educator, has passed away. Heller authored the book, “Love in a World of Sorrow: A Teenage Girl’s Holocaust Memoirs,” and was the subject of the 2009 documentary film, “Teenage Witness: The Fanya Heller Story.” She was 93.

Fanya Gottesfeld was a teenager when she was forced into hiding along with her parents and brother. With her parent’s encouragement, she entered into a romantic relationship with a local policeman, who sheltered the family. Later, they were moved to an underground dugout in the barn of Izydor Sokolowski, a local farmer. The modest space could only comfortably fit two, so the four members of her family were forced to crouch for the duration of their nearly two and a half years in hiding. Through Fanya’s efforts, Sokolowski was later honored by Yad Vashem as “righteous among the nations.”

Despite Fanya’s suffering, her appetite for life was undiminished. She immigrated to the United States, where she earned a B.A. and an M.A. from the New School for Social Research, as well as honorary degrees from Yeshiva University and Bar-Ilan University in Tel Aviv. She was a committed educator until the end of her life. She worked to share her story and the history of the Holocaust to students at New York’s public high schools. In 1998, she established The Fanya Heller Center for the Study of Women in Judaism.

In 1993, she published her autobiography, “Love in a World of Sorrow,” which initially appeared under the title, “Strange and Unexpected Love.” Her memoirs formed the basis for Ed Wiseman’s film, “Teenage Witness,” which was broadcast nationally by PBS in 2010. Her newest book, “Hidden: A True Story of the Holocaust,” an adaptation of her memoir for younger readers, was released by Scholastic in August.

“The first word anyone who knew Fanya Heller would use to describe her was ‘formidable,’” says Michael Berenbaum, a scholar and Holocaust educator. “This was a formidable woman, who wrote in painful honesty about issues that others with less courage kept under the table, such as sexuality in the Holocaust.”

“I respected her precisely because she was willing to explore the deepest recesses of her being,” he added. “This earned her the esteem of the kids she spoke to. It let her tell them that their current circumstances need not dictate the paths of their lives.”

Daniel Witkin is the Forward’s Culture Intern. Reach him at [email protected], or on Twitter @dzwitkin