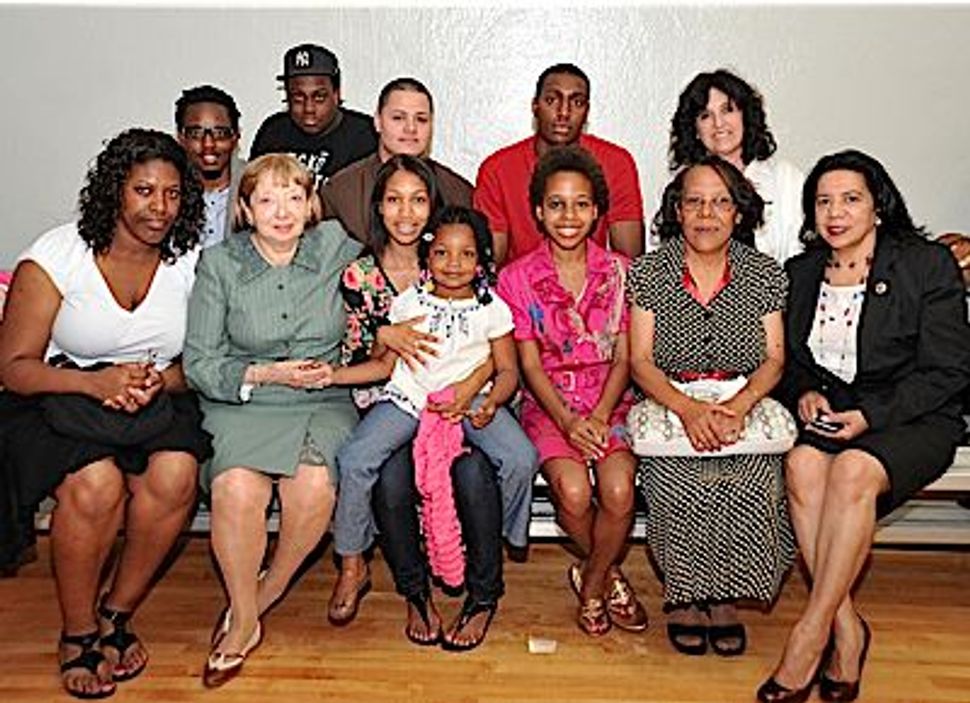 It sounds like a high-concept Hollywood pitch: Feisty 86-year-old Holocaust survivor meets tough inner-city high-school kids. In fact, a documentary about the indefatigable Fanya Gottesfeld Heller — and her conversations with students at Brooklyn’s “alternative” Pacific High School — airs on PBS affiliates throughout April. Richard Gere narrates “Teenage Witness: The Fanya Heller Story,” partly based on Heller’s 1993 autobiography “Love in a World of Sorrow.” Heller spoke to the Forward’s Michael Kaminer from her Upper East Side apartment — on the day she learned that Pacific High School was slated to close.

Michael Kaminer: What do you hope the film accomplishes beyond what you’ve already achieved with your lectures and book?

Fanya Gottesfeld Heller: By 2020 there won’t be one survivor left. We are the last. I speak for six million martyrs, one and a half million children, for the Gypsies, for everyone who was treated with such cruelty that it’s beyond description. I speak to inner-city kids, people who are not Jewish. I tell them we have to tolerate our differences. With hate, nothing will be achieved.

The Holocaust is so far outside the experience of these kids. How do they respond?

They check me out. Once they feel you’re honest, they listen. They know what sexual abuse is, rape, denigration. I’m a role model to come from ashes, destruction, disaster and made something with myself. I’ve never had a bad experience with them, ever, ever, ever. They want their picture with me, they want to kiss me. It gives them hope. But I just heard the school is being closed. I’m very upset.

Getting Richard Gere attached certainly helped raise the film’s profile. Has there been talk about a Hollywood film of your life?

It they did it in Hollywood, it would probably be cheap. But Richard Gere was very generous. He never wanted a penny from me. I asked how I could repay him, and all he said was “bless me” — he’s a Buddhist. He bowed his head, and said I have some kind of aura around me. He did ask if I could reach out to Muslim kids, but I said I’m not ready.

Could the Shoah happen again?

What’s next for you? Is there another book on the way?

I have my fingers in a lot of pies. I have another book in my head, but I don’t want to write it. It’s my life after the war, but it’s too private. My kop is still arbit and this is in my kop.