A Mosque Converted A Holocaust Survivor To Islam. Local Jews Are Skeptical. 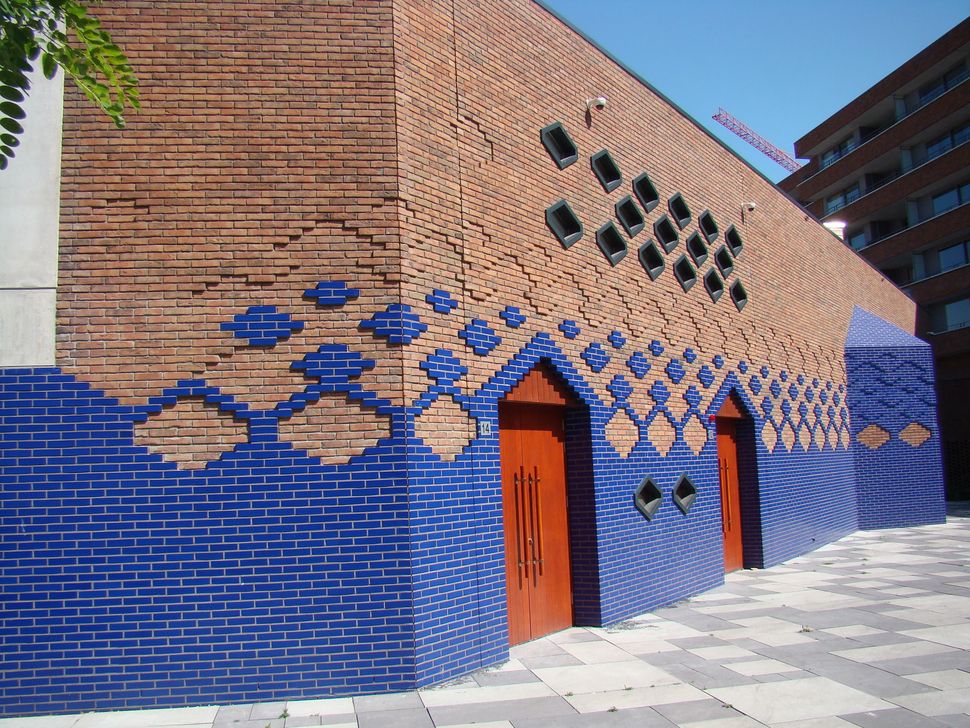 The Blue Mosque of Amsterdam. Image by wikipedia

AMSTERDAM (JTA) — On the national day of mourning for Holocaust victims in the Netherlands, a major mosque in the kingdom’s capital celebrated the conversion to Islam of a Jewish survivor of that genocide.

At least, that’s what Amsterdam’s Blue Mosque said. According to its Facebook, 87-year-old Sal van Coeverden converted on May 4, the Dutch memorial day for war victims established in 1940.

The Blue Mosque posted a video on Facebook of the ceremony, in which the man, slumped in a wheelchair, repeats after Imam Yassin Elforkani the Shahada creed in Arabic.

“Welcome, brother, welcome to Islam,” Elforkani told the man after the prayer, as another man dressed in a traditional Muslim gown carted away the octogenarian.

“Shahada of our 87-year-old brother! Mr. Sal van Coeverden, who was born 87 years ago to a Jewish noble family, recite today the Shahada. Takbir!” read the text, ending with an Arabic expression extolling Allah. In the comment section of the post, a user named Saloua El Hadrati wrote proudly that her brother is the man pushing the wheelchair, explaining he was van Coeverden’s caretaker at an old age home.

But in a community whose numbers never recovered from the annihilation during the Holocaust — 75 percent of Holland’s pre-war Jewish population did not survive the war — local Jews reacted with suspicion over the veracity and legitimacy of the Blue Mosque’s jubilant announcement.

Esther Voet, an investigative journalist and editor-in-chief of the NIW Dutch Jewish weekly, said she has an uneasy feeling about the conversion case, which she is in the process of studying.

“If this person is no longer in full possession of all his faculties, or even just very lonely, there is the question of whether he was talked into converting by a caretaker who then brings him as some trophy to the mosque,” she said. “Because I think that’s what happened.”

But Voet and other journalists have so far been unable to track down the man who was filmed reciting the Arabic-language prayer. She learned that a Jewish senior citizen named Sal van Coeverden had lived in southern Amsterdam until seven years ago, but she has not yet been able to find out what happened to him.

The assertion on the Mosque’s Facebook page that he is both Jewish and descended from nobility seems unlikely, as these two populations very seldom intermarry.

In trying to track down van Coeverden, Voet this week spoke to many people carrying his relatively uncommon surname but “no one knows the man in the video,” she said. She did learn that the Netherlands had a Jewish family named van Coeverden and a noble family of the same name, though the two families were not related.

“So far, we have no idea who’s in that video,” said Voet. Her paper, as well as the Joods news site and the De Dagelijkse Standard news site, are looking into the case and have asked anyone with information to help them identify the man.

The Blue Mosque, whose website features a contact form for prospective converts, was not reachable by telephone for questions on van Coeverden’s conversion to Islam.

It is not the first time that the Blue Mosque, which was built eight years ago with Kuwaiti and Qatari funding in one of Amsterdam’s most-heavily Jewish areas, has celebrated the conversion to Islam of a Jew.

In 2013, the mosque celebrated the conversion to Islam of Yair van der Roer, a 25-year-old former counselor of the Bnei Akiva Jewish Zionist youth movement, whose members predominantly come from observant Jewish families.

Van der Roer, who in high school said he was gay, also recited the Shahada at the Blue Mosque as congregants filmed the ceremony. He has changed his first name to Adil. His friends told the Ma’ariv daily in Israel that van der Roer says he is no longer a homosexual since converting to Islam.

A Mosque Converted A Holocaust Survivor To Islam. Local Jews Are Skeptical.