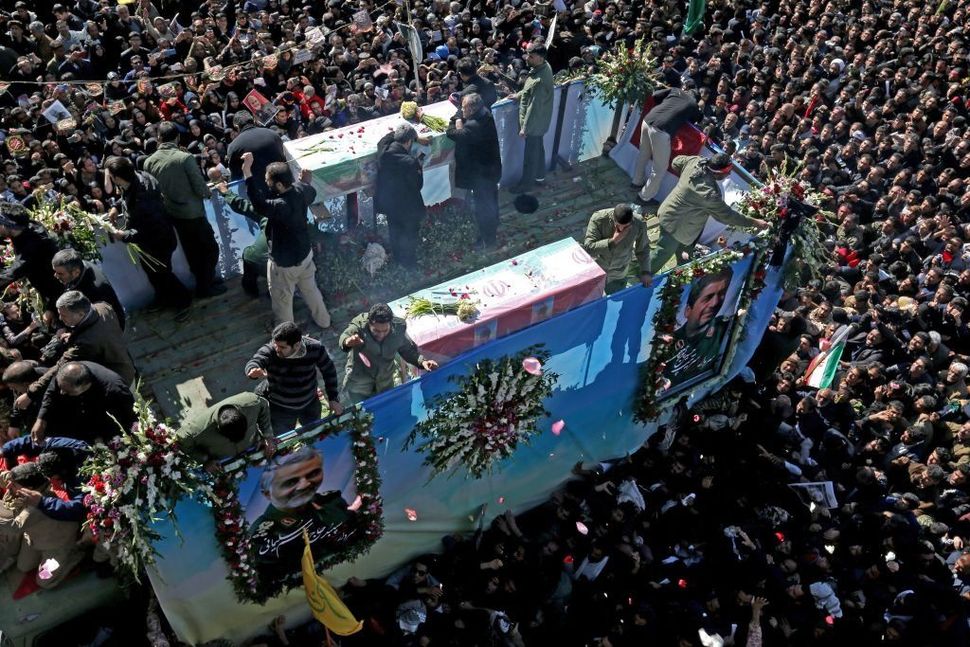 Iranian mourners gather around a vehicle carrying the coffin of slain top general Qasem Soleimani during the final stage of funeral processions, in his hometown Kerman on January 7, 2020. Image by ATTA KENARE/AFP via Getty Images

The delegation was led by Rabbi Yehuda Gerami, chief rabbi of the Iranian Jewish community. Representatives of other Iranian minority religions also made condolence calls.

Shortly after the U.S. airstrike that killed Soleimani early Friday morning, the Jewish community also issued a statement saying that “God will avenge the blood of Soleimani,” Israel Hayom reported.

Rani Amrani of Israel’s RadioRan, a Farsi-language station, told Israel Hayom that it was “very important that minorities in Iran, especially the Jews,” condemn Soleimani’s death so they are not targeted for being outsiders.