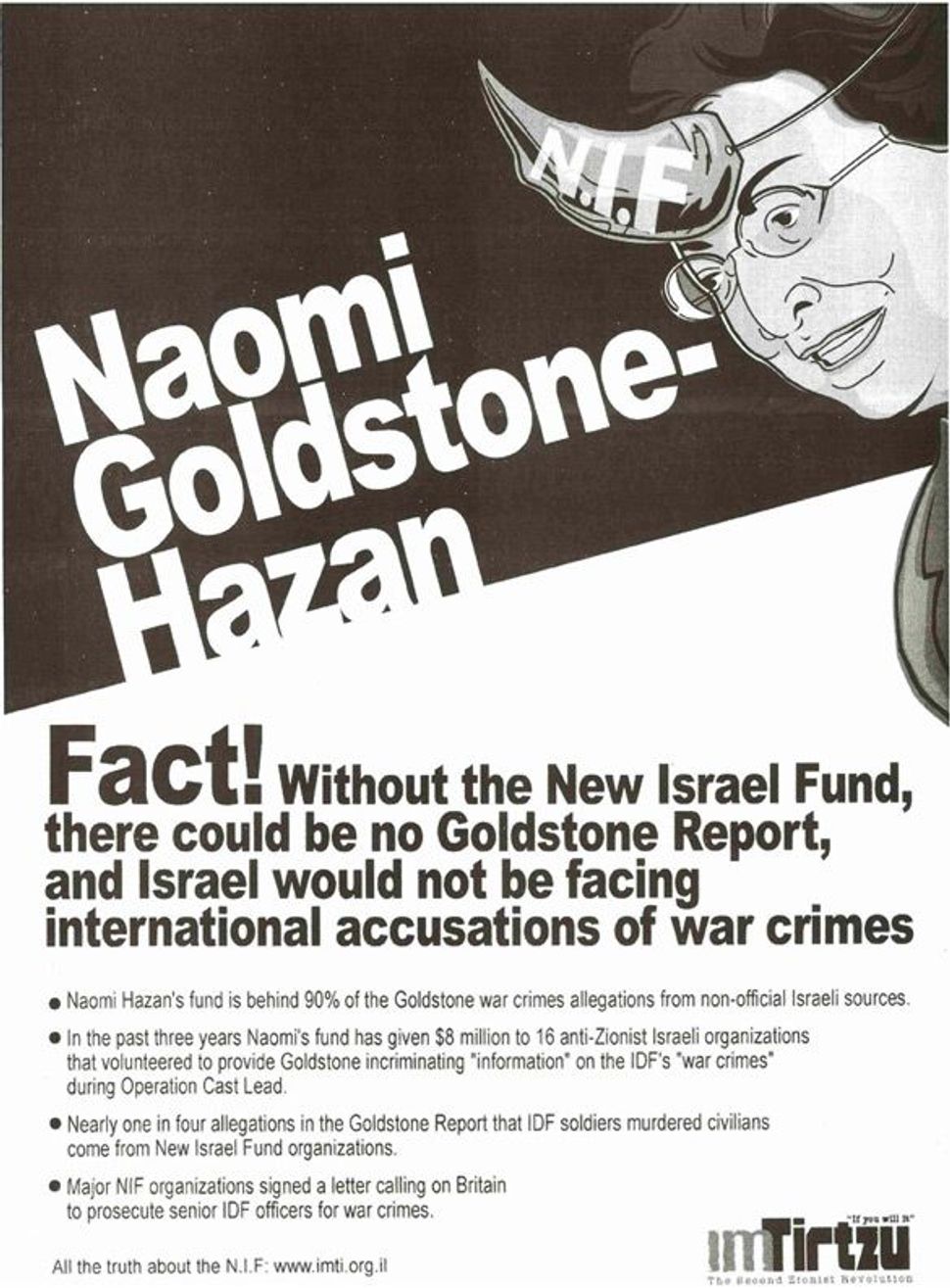 (I had previously written mistakenly that Foxman had called Rivlin. My apologies.)

The nastiness of the attack and the determination of the attackers shouldn’t be understated, though. The main victim, NIF president Naomi Chazan, a former deputy speaker of the Knesset, was summarily dropped without explanation as a columnist by the Jerusalem Post. She was also dropped as a visiting lecturer at a Jewish community event in Melbourne, Australia, to be co-sponsored by the Union for Progressive Judaism and the Zionist Council of Victoria (state), after the Zionist council pulled out. The Zionist council’s chief was quoted in The Age, an Australian daily, as saying “we don’t want to have anything to do” with the NIF. But the head of the Union for Progressive Judaism told another daily, The Australian, that the cancellation was a mutual decision between his group and Chazan “because both realised the controversy would detract from fund-raising.” Uh-huh.

Also worth a read: This eloquent column, translated from Maariv, by the widely respected chairman of Meretz, Chaim “Jumas” Oron, warning that attacks of this sort on dissenters by free-lance bullies — right down to the Nazi-style caricatures of Jews with horns — are the first step down the slippery slope toward fascism.

Here’s the Der Stuermer-style caricature of Chazan with horns that was run as a newspaper ad in the Jerusalem Post and carried as signs by protesters outside Chazan’s home.

And this report about two Maariv reporters who publicly attacked their own newspaper for giving front page coverage to Im Tirtzu and effectively providing the launching pad for the sliming of NIF.