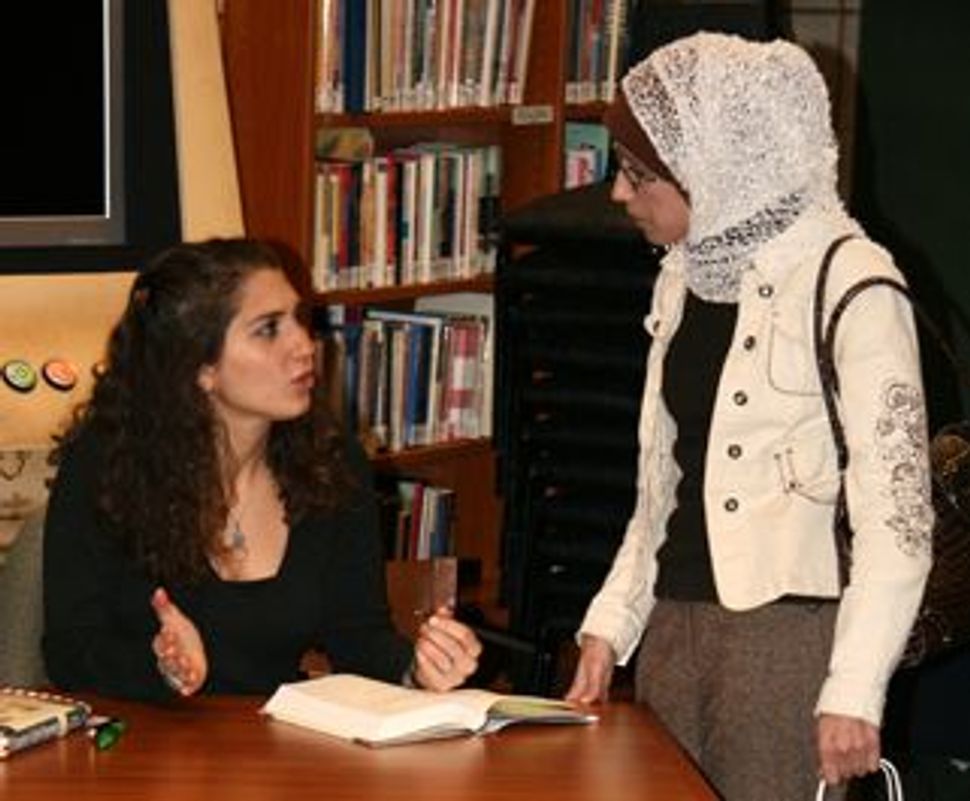 On Message: Malek speaks at a book event at the Arab American National Museum in Michigan. Image by COURTESY ARAB AMERICAN NATIONAL MUSEUM

As the two-state solution in Palestine/Israel continues to dissolve, there is much consternation in the national media about what Jewish Americans think of current developments. Will their support of President Obama wane if he presses Israeli Prime Minister Netanyahu too strongly on settlements? What will they demand regarding Iran? What do they make of J Street and its sources of funding?

Yet there is no similar interest in what Arab Americans think about any of these issues, even though they number at least 3.5 million — a good portion of them Palestinian in origin — and are directly and indirectly impacted by what happens in the Middle East. And they are just as capable as Jewish Americans of exerting a positive influence on events in the region. 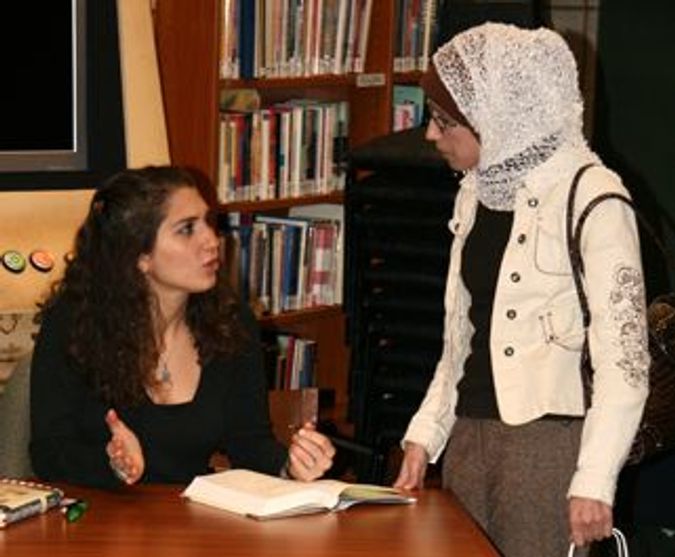 On Message: Malek speaks at a book event at the Arab American National Museum in Michigan. Image by COURTESY ARAB AMERICAN NATIONAL MUSEUM

The stunning disinterest in Arab-American opinion, or its productive role in genuine peacemaking, is the result of decades of demonizing the Palestinian narrative and reducing it to an intellectually dishonest caricature of a violently anti-Semitic people squatting on the land, always rejecting peace.

These simplistic distortions have made it easier to dismiss Palestinian national aspirations and Arab criticism of Israel while drastically limiting the boundaries of the conversation on U.S. policy. Dismissing or degrading the Palestinian narrative on its own soil has also served to muzzle Arab Americans here, eliminating their voices from today’s national conversation about the peace process. It is not only Jewish Americans who need to endorse and lobby for the hard compromises a negotiated solution will require; so do Arab Americans.

With no real representation or celebration of Arab Americans as Americans, the vacuum is filled with one-dimensional portrayals of Arabs. Until 9/11 provided a new set of stereotypes, the cartoonish version of Arab Americans had been linked, almost exclusively, to the Palestinian-Israeli conflict.

These less-than-nuanced views have helped fuel the animus underlying discrimination against Arab Americans in the U.S. While such discrimination has manifested itself in familiar ways — at work, at school, in hate crimes — for Arab Americans it has also meant specifically (and almost uniquely) political exclusion. Because of the effacing of the Palestinian narrative, dissent on policy toward Israel is categorically dismissed as heresy, and so Arab Americans are quarantined as political untouchables.

Even in a supposedly multicultural age, recent American history is full of Arab Americans having their campaign contributions returned by politicians; their access to political parties has been much more difficult than for other ethnic groups; their activists are closely watched by both law-enforcement authorities and Israel-advocacy groups, their State Department careers have been ended for overtly comparing occupation to apartheid. Today, one can slur a candidate just by noting, as happened to West Virginia Representative Nick Rahall in a midterm attack ad, that he served as the chairman of — cue ominous voiceover — Arab Americans for Obama.

With the conflation of Arabs and Muslims, Palestine, Iraq and Al Qaeda, the ground has been well laid for today’s insane conversations about burning Korans, whether towns in America are enclaves of Sharia law and how to protect the country from a Muslim community center modeled on that subversive institution, the JCC in Manhattan.

Some Jewish Americans, to be sure, have tried to open and elevate the discourse about Palestine and Israel. But for those who see Israeli and Palestinian interests and Jewish and Arab-American interests as mutually exclusive, particularly in many Israel-advocacy groups, exclusion has been a boon.

To those who feel that the benefits to Israeli interests, defined a certain way, justify the cost of handicapping Arab American communities politically, I would ask: Is the acceptability and precedent of sidelining certain groups based on religion, ethnicity or dissent really beneficial for America and Americans, whether Arab or Jewish?