How To Study Anti-Semitism 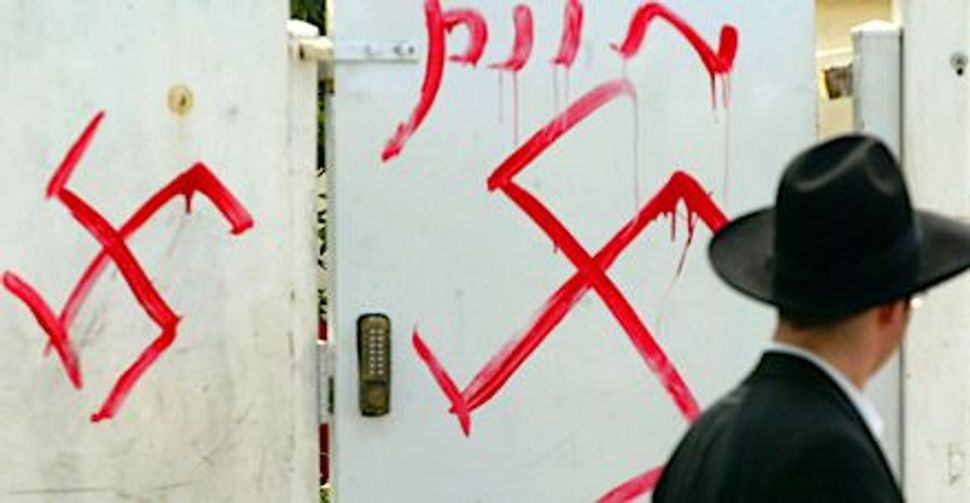 When the news of Yale University’s decision to close its Initiative for the Interdisciplinary Study of Antisemitism was first made public in early June, the sector of the blogosphere that addresses Jewish issues began to buzz. Discussion, charges and accusations flew. Yale’s critics praised YIISA as a beacon of academic scholarship that had made a significant contribution to this field of study. They charged Yale with caving in to pressure from Arabs and Muslims, both on and off campus, who could not abide the way in which YIISA boldly shone a spotlight on Muslim anti-Semitism. To these people, it appeared as if anti-Semitism itself had brought down an educational institution devoted to the study of this terrible malaise. I registered my initial response on Twitter, describing the shutting down of YIISA as a strange, if not weird, decision and wondering what had happened.

Yale’s response to the wave of criticism constituted a classic reminder that even a place populated by exceptionally smart people can shoot itself in the foot with deadly accuracy. The university defended itself against charges of having succumbed to Muslim pressure by listing the Jewish studies courses taught at the school and stressing its extensive library holdings in the field. (Yale, admittedly, does have an excellent Jewish studies program, and its libraries have one of the best collections in Jewish studies worldwide.) Yale’s clumsy response constituted, as one blogger put it, the academic equivalent of, “Some of our best friends are Jews.”

There is, however, another side to this story. Apparently, there were people on the Yale campus who were associated with YIISA and who were eager to have it succeed. These friends of YIISA counseled the institute’s leadership that some of its efforts had migrated to the world of advocacy from that of scholarship. They warned YIISA that it was providing fodder to the critics’ claim that it was not a truly academic endeavor.

I have twice participated in YIISA’s activities. I gave a paper at one of its weekly seminar sessions on Holocaust denial and attended its conference last August. While serious scholars who work in this field gave the vast majority of the papers — and not dilettantes who dabble in it — there were a few presentations that gave me pause. They were passionate and well argued. But they were not scholarly in nature.

According to sources at Yale, the university’s leadership unsuccessfully worked with YIISA in an attempt to rectify some of these issues. Part of Yale’s discomfort might have come from the fact that a Yale-based scholarly entity was administered by an individual who, while a successful institution builder, was not a Yale faculty member and who had no official position at the university. Yale has indicated that it is intent on axing YIISA and replacing it with an initiative that will address both anti-Semitism and its scholarly concerns. It is crucial that it do so particularly at a time when anti-Semitism worldwide is experiencing a growth spurt.

Two lessons can be drawn from this imbroglio. First, there is a real need for serious academic institutions to facilitate and encourage the highest-level research on anti-Semitism. (Currently, the only one that exists is at Indiana University, under the leadership of Alvin Rosenfeld.) These institutions could explore why hatred persists even after the Holocaust starkly demonstrated what it could “accomplish.” What about anti-Semitism makes it so malleable that it is able to re-create itself in such a wide array of settings, cultures and ages? They might also ask why the world’s oldest hatred has recently been so little studied and analyzed. Exploring that conundrum is something a first-rate academic institution is uniquely qualified to do. Moreover, this research must focus not just on Christian anti-Semitism, but on Muslim anti-Semitism, as well. Today there are few universities where a young scholar who worked in this field would be granted a position or tenure irrespective of how bright and talented she is. This, too, is something well worth exploring.

After cutting-edge academics have shed light on this issue, communal organizations, the Anti-Defamation League and the American Jewish Committee among them, that are so adept at creating strategies to address the problem will have the diagnosis they need in order to help them move ahead with their work.

Second, this struggle also demonstrates the necessity of differentiating between those who do advocacy and those who do scholarship. Both are critical — but entirely different — endeavors. Let us not forget how rightfully disturbed the Jewish community has been in recent years about the way in which advocacy and polemics have permeated so many university courses on the Middle East. Too many students who take these classes find that they have entered a zone in which advocacy masquerades as scholarship. This is unacceptable, irrespective of the source from which it emanates.

Deborah Lipstadt, Dorot Professor of Modern Jewish and Holocaust Studies at Emory University in Atlanta, is the author of The Eichmann Trial (Nextbook/Schocken).You can follow her on Twitter @deborahlipstadt

How To Study Anti-Semitism