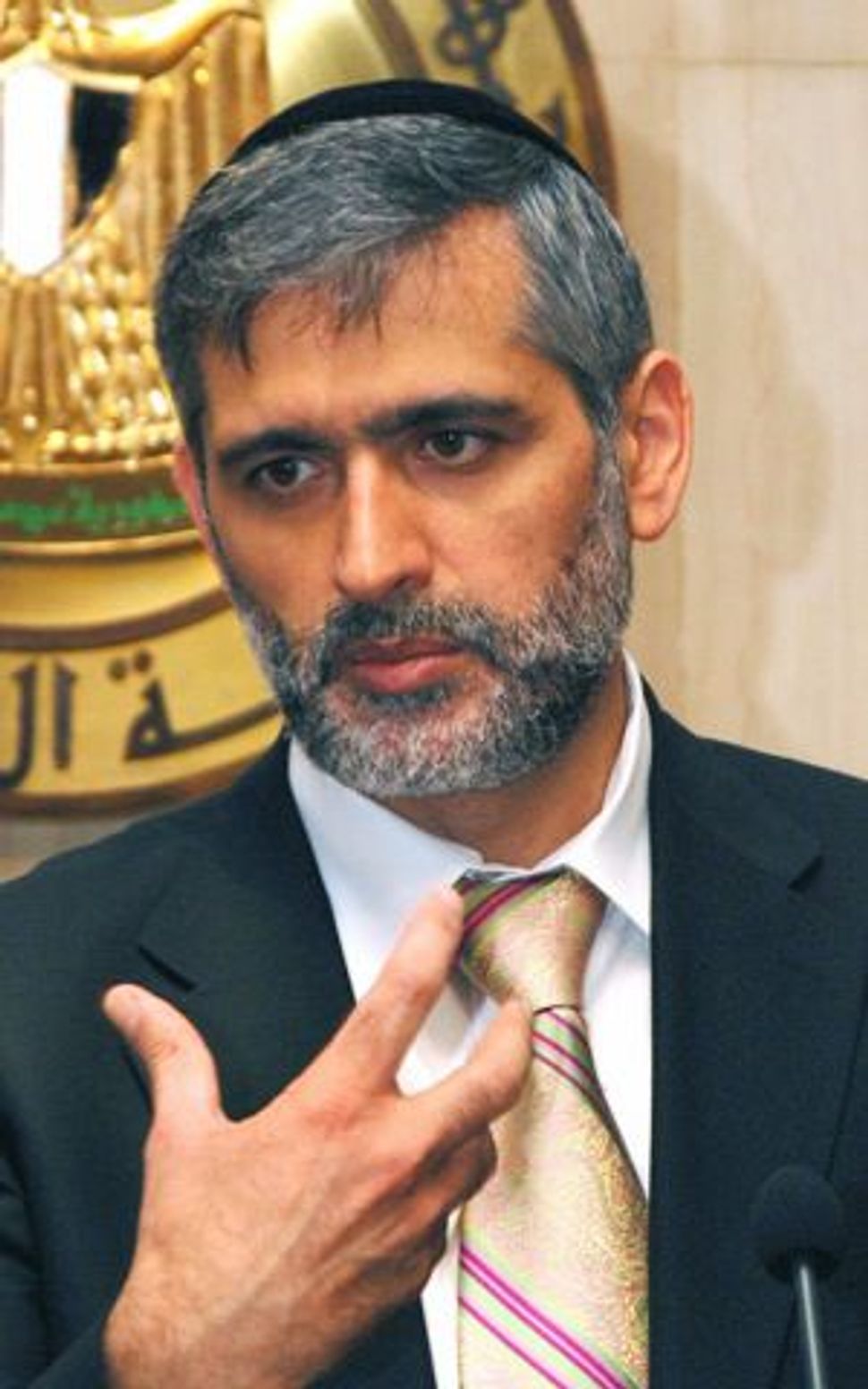 The Israeli Presidential Conference, Shimon Peres’s vanity international blabfest, continues today with a series of panel discussions on the woes of the global economy and the future of the Jewish people. I don’t think we’ve solved the world’s economic problems, but there have been a few bombshells dropped into the field of Jewish identity.

It was supposed to include a Haredi rabbi, Yehezkel Weinfeld, but he phoned moderator Shmuel Rosner an hour before and said he couldn’t attend. No suggestion that he was sick or called to an emergency, Rosner tells me. He just couldn’t come. At the end, during Q and A, a Haredi gent rose from the audience, one Shmuel Jakobovits (son of the late, revered British Chief Rabbi Lord Immanuel Jakobovits) and said that Rabbi Weinfeld had asked him to attend in his place. Not to sit on the dais with the Reformim and lady rabbis, mind you – just to be there.

So what happened? Maimon proposed the introduction of a new form of conversion that he called “civilizational conversion,” in which one would seek membership in the religious community of the Jewish people, but without necessarily committing oneself to observe the Orthodox commandments, as Orthodox conversion now requires. This sort of reframed the discussion. He had few details — it’s apparently still an idea in infancy — but we’re going to hear more about it in months to come, you betcha.

Knobel and Dror responded cautiously. Both seemed intrigued, but wanted assurance that whatever happened, all streams of Judaism would enjoy recognition and respect. I think Maimon’s proposal is aimed at getting around that condition, which has been the sticking point for Orthodox leaders up to now.

In the middle, Interior Minister Eli Yishai, the head of Shas, wandered in and walked up to the panel to say hello to Sharansky and Ne’eman. Sharansky asked him to stay for a moment and talk to the crowd (he hadn’t realized he was in the middle of a conversion panel and was on a stage with a female rabbi and a Reform one, Rosner told me). He gave some quick remarks, the nub of which was that he personally favored the conversion approach of his spiritual mentor, Rabbi Ovadia Yosef. If you haven’t been following these things, Yosef has been arguing in favor of less strict conversion standards, less insistence on future religious behavior and greater efforts to make the process easier for people who want to affiliate to the Jewish people. Recognition of Reform and Conservative rabbis, not so much (although associates of his, most notably former Sephardi chief rabbi Bakshi-Doron, have been quoted in the past saying they could find common ground with the Conservative movement, since the dispute there is not over whether halacha is binding but how to interpret halacha).

Ne’eman, who headed a government commission a decade ago aimed at finding a compromise, was fiery. His proposal had been that the Reform and Conservative movements be engaged in a process of conversion study run by the Jewish Agency, at the end of which candidates would undergo conversion with special rabbinical courts for conversion, staffed by liberal-leaning and tolerant Orthodox rabbis. That system stuttered along for years, with the Israel chief rabbinate — which retains control over personal status issues in Israel — giving only the most grudging cooperation to the special courts. Finally the thing broke down in the last few years when Haredi rabbis began annulling the special-court conversions en masse, annulling the Jewish identities of thousands of converts and their children and throwing it all into chaos.

Ne’eman, in his presentation today, said (for the first time in public) that his compromise had collapsed because of the stubbornness of the chief rabbinate. He didn’t embrace any alternative solutions, but rather urged that the various sides sit down and talk. Who would talk with who wasn’t clear. Maybe he means Abu Mazen. He also said that the real problems are: In Israel, the influx of African refugees seeking a better life, who would benefit from an easy conversion system because it would sidestep the need to undergo a naturalization process, which Israel doesn’t really have. He said what is needed is a solution to the conversion dispute for the sake of Israel-Diaspora relations, and an orderly, reformed citizenship/naturalization process for Israel to control its borders and integrate newcomers.