When Leonard Bernstein ‘Dug’ the Irgun 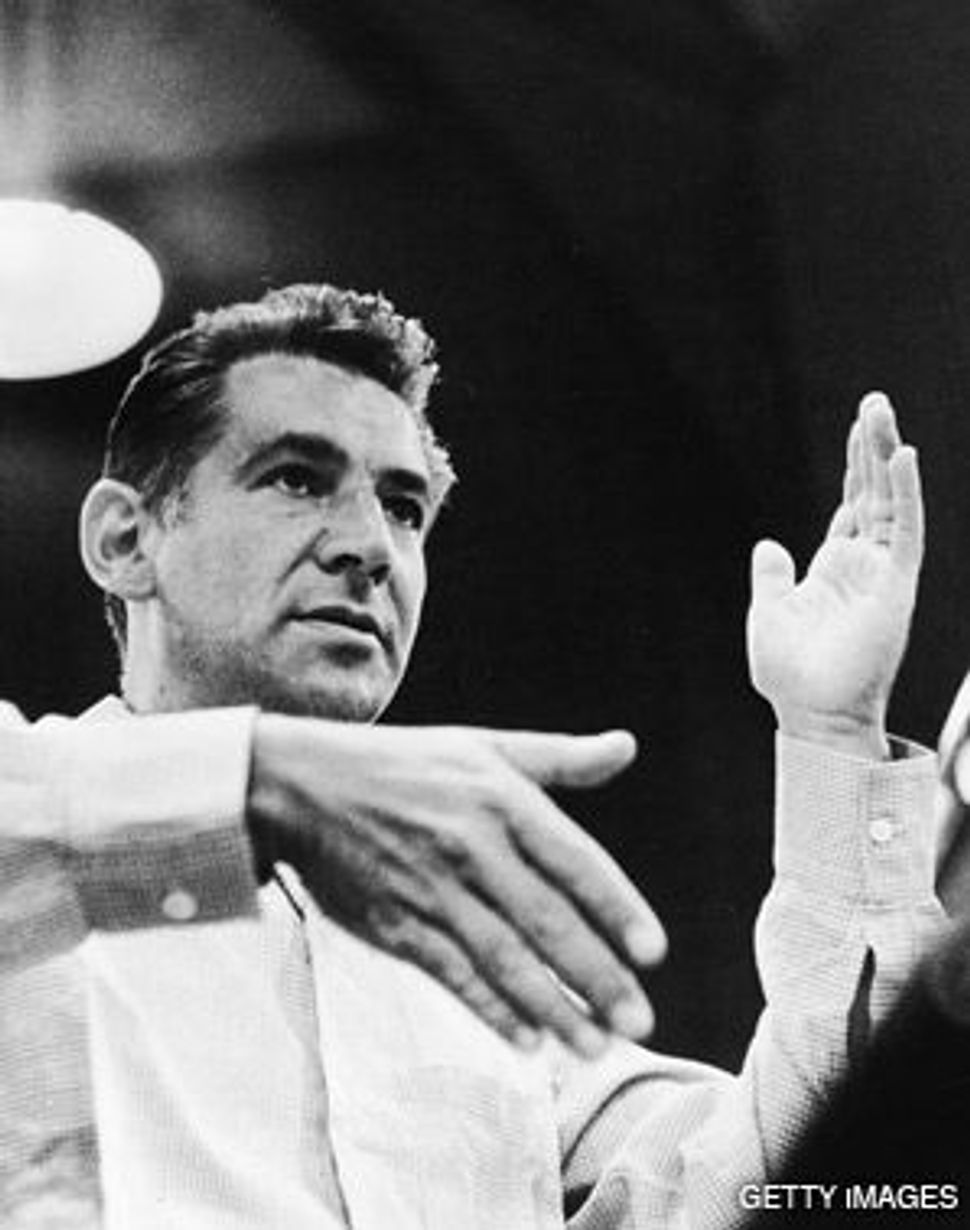 MILITANT MAESTRO?: In 1948, young impresario Leonard Bernstein headlined a concert to raise funds for the Revisionist Zionist militia Irgun Zvai Leumi, despite protests from the group?s foes in the American Jewish community. 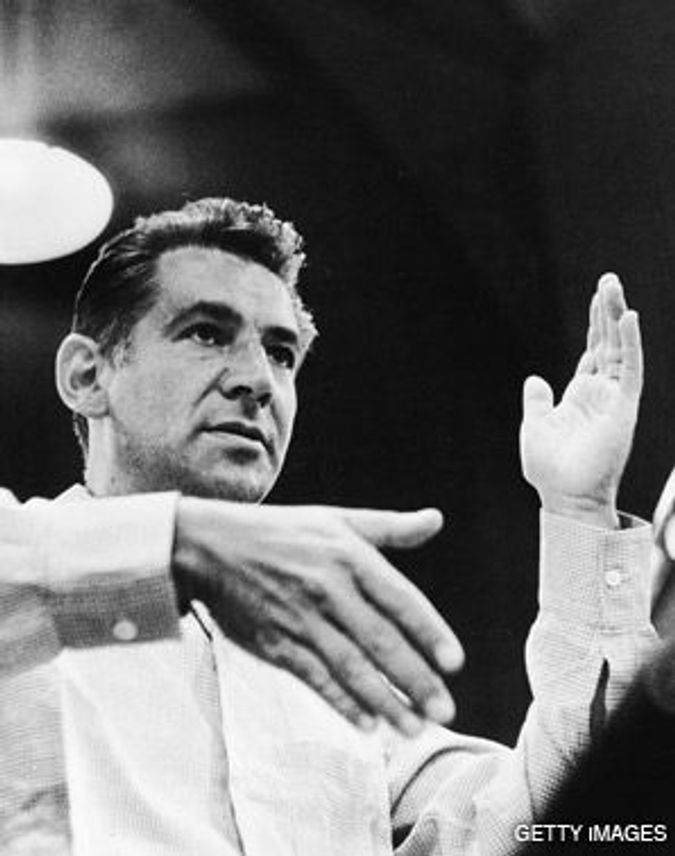 MILITANT MAESTRO?: In 1948, young impresario Leonard Bernstein headlined a concert to raise funds for the Revisionist Zionist militia Irgun Zvai Leumi, despite protests from the group?s foes in the American Jewish community.

Those three awkward words, spoken by Leonard Bernstein to a Black Panther spouting pseudo-Marxist rhetoric at a soiree in the Bernstein home in 1970, immortalized the stereotype of the guilt-ridden upper-class liberal embracing violent radicals. The composer found himself publicly mocked, first by William F. Buckley Jr. in a newspaper column titled “Have a Panther to Lunch,” and then in the pages of New York Magazine by Tom Wolfe — who was inspired by the incident to coin the term “radical chic.”

What few remember is that 25 years before Bernstein flirted with the Panthers, the cause he “dug” was the fight to rescue Jews from the Holocaust and establish a Jewish state. Later this month, Carnegie Hall and the New York Philharmonic will kick off a month-long city-wide festival commemorating the 90th anniversary of Bernstein’s birth and the 50th anniversary of his appointment as music director of the New York Philharmonic. But this past summer also marked the 60th anniversary of a clash in New York City between American supporters of two rival Zionist militias — with Bernstein smack in the middle of it all.

Bernstein made his conducting debut with the New York Philharmonic on November 14, 1943, in a nationally-broadcast concert that turned him into an overnight sensation. That same week Senator Guy Gillette of Iowa and Rep. Will Rogers Jr. of California introduced a congressional resolution urging President Franklin Roosevelt to establish a government agency to rescue Jews from the Nazis.

The resolution was the brainchild of the Bergson Group, a political action committee that publicized the rescue issue through theatrical productions, a march in Washington by 400 rabbis, lobbying on Capitol Hill and more than 200 newspaper ads, often signed by political and cultural celebrities.

One such ad, which appeared in various newspapers in early 1944, bemoaned the fact that Europe’s Jews were “persecuted by enemies and ignored by friends” and called for “the immediate opening of Palestine.” The 200-plus signatories were typical of the Bergson Group’s rainbow coalition: members of Congress from both sides of the aisle, prominent African Americans such as Adam Clayton Powell Jr. and Episcopal bishop Edward Demby, actors Charles Bickford and Jane Wyatt (later famous for “Father Knows Best”) and several prominent composers — W.C. Handy, Lazare Saminsky and, in his political debut, Leonard Bernstein.

Bernstein had been anxiously following the news about the slaughter of European Jewry. His symphony “Jeremiah,” which premiered in January 1944, included a movement called “Lamentation” that was meant to allude to the Nazi massacres. “How can I be blind to the problems of my own people?” Bernstein remarked to reporters at the time. “I’d give everything I have to be able to strike a death blow at fascism.”

As the struggle to establish a Jewish state intensified in the postwar years, Bernstein became more actively involved. In 1947, he conducted concerts for the Palestine Philharmonic Orchestra, despite the warfare raging between the British Mandate authorities and three Jewish underground militias: the Haganah, the Irgun Zvai Leumi and the Stern Group. Bernstein sympathized with both the Irgun and the Haganah; he had publicly endorsed the pro-Irgun Bergson group and also served on the national council of Americans for Haganah.

In the spring of 1948, Bernstein agreed to a request from the Bergson Group to headline a concert at the Waldorf Astoria hotel to benefit the Irgun. Joining him on the bill were mezzo Jennie Tourel and baritone Robert Merrill of the Metropolitan Opera, dancer Valerie Bettis and actor Henry Fonda.

Less than two weeks before the Waldorf Astoria concert, Haganah-Irgun tensions in Israel exploded over the arrival of the Altalena, an Irgun ship bringing weapons to help fight off the invading Arab armies. Regarding the ship as a challenge to his authority, Prime Minister David Ben-Gurion ordered the sinking of the Altalena. Sixteen Irgun men were killed in the attack.

Americans for Haganah director David Wahl fired off a telegram to Bernstein, asserting that the people whom his concert would benefit had undertaken “treasonous activity against the Israeli government.” He urged Bernstein to withdraw from the event, and sent similar appeals to the other performers on the bill. Fonda, Bettis, Tourel and Merrill buckled. But Bernstein refused to yield.

Unruffled by the picketers whom Wahl brought to the Waldorf Astoria, Bernstein proceeded with the concert, accompanied by violinist Frances Magnes. The music was followed by pro-Irgun speeches by actors Luther Adler and Ruth Chatterton, Bergson Group official Alex Wilf and an Irgun fighter who identified himself only as “Jacoby.”

While Wahl may have felt he won a partial victory by scaring off most of the concert’s scheduled performers, he and his colleagues were losing the bigger war for the hearts and minds of American Jewry. Heavy-handed attacks on the Bergson Group, which mainstream Jewish leaders had tried in 1943 and 1944, tended to alienate grassroots Jews, and in the wake of the Holocaust, even many within the Jewish establishment lost their taste for internecine warfare.

Moreover, by late 1945, Rabbi Stephen Wise, probably the most passionate foe of Bergson in the Jewish leadership, had been replaced as head of the American Zionist movement by Abba Hillel Silver, who was sympathetic to the Irgun and generally cordial to the Bergson Group. Thus Bergson-bashing was largely out of vogue by the time Wahl began dabbling in it.

Wahl’s crusade against Leonard Bernstein thus availed him little when the American Zionist Emergency Council and the Jewish Agency decided in 1948 that Americans for Haganah was posing unfair competition to mainstream Zionist fundraising and should be shut down. Ironically, Wahl, who had railed against Bergson and the Irgun for defying authority, defied the Zionist leadership for more than a year and continued publishing “Haganah Speaks” even after the Haganah ceased to exist.

Bernstein, for his part, apparently never regretted his backing for Bergson or the Irgun. One Bergson Group leader, Alex Rafaeli, told me that as late as the 1960s, Bernstein continued to give him and other Bergson activists free passes to his concerts when they visited New York. “Bernstein acted from the heart, not from the head,” Rafaeli said. “When he cared about an issue, whether it was the Holocaust or Israel or some other issue that moved him, he felt it deeply and he wanted to do something about it. You can’t say that about most people.”

Rafael Medoff is director of the David S. Wyman Institute for Holocaust Studies and author of “Blowing the Whistle on Genocide: Josiah E. DuBois, Jr. and the Struggle for a U.S. Response to the Holocaust,” which will be published this month by Purdue University Press.

When Leonard Bernstein ‘Dug’ the Irgun