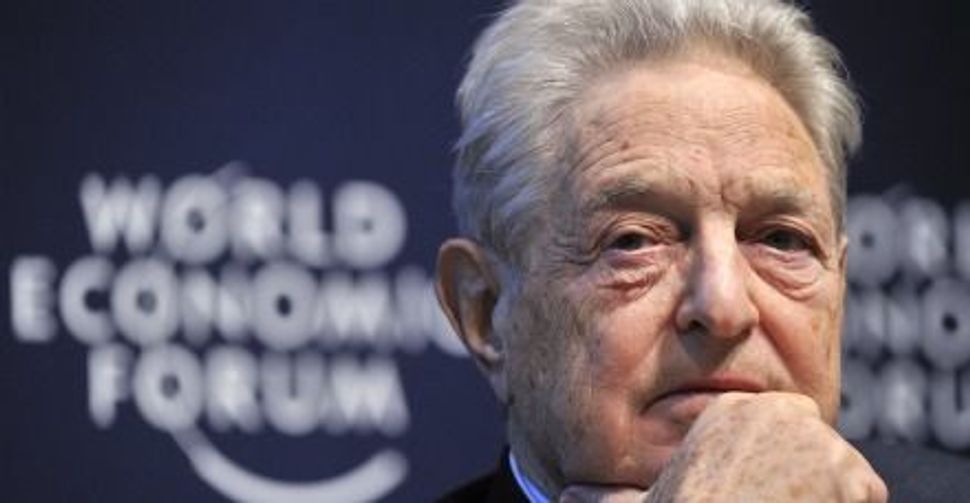 Warren Buffett is one interesting character. Ranked second on the Forbes list of the 400 richest Americans, Buffett has boldly entered the political fray by asking, nay demanding, that Congress raise taxes for him and his mega-rich friends to help close the federal budget deficit. At a mere 17.4%, Buffett’s tax rate last year was well below the percentage paid by any of the other 20 people in his office. And the vagaries of the U.S. tax code, which allow such things as “carried interest” to be taxed at a lower rate than income even though it’s basically the same thing, exacerbate the inbalance.

Apparently, the rich really are different from the rest of us. They get extraordinary tax breaks. Buffett should know.

So it got us wondering: What do rich Jews think of Buffett’s analysis and his proposed solution? There are, as you may imagine, quite a few co-religionists on that Forbes list, but rousing up comment from the likes of Michael Bloomberg (#10, New York City mayor and media maven), Sergey Brin (tied for #11 with his Google co-founder, Larry Page) and Sheldon Adelson (#13, Las Vegas casino owner) was as difficult as finding the right zillion-dollar house to buy in the Hamptons. Put another way, they didn’t return our calls.

But George Soros (#14, hedge fund manager), said through a spokesperson: “Warren Buffett is living up to his reputation as an astute investor. The rich are hurting their own long-term interests by their opposition to paying more taxes.”

Mark Cuban (#144, owner of the Dallas Mavericks and HDNet)answered via e-mail: “I agree that the wealthiest citizens of the country can afford to pay more and should. I agree that carried interest should be treated as regular income. I personally have no problem paying more taxes.” However, Cuban said that he’s opposed to “the inefficiency with which the government spends our taxes” and would want any increase to be “conveyed directly to the relevant parties without the overhead and mismanagement costs deducted from my payments.”

Fair enough. But you see the sentiment building.

Edgar Bronfman Sr. (#136, Seagram’s liquor), was on vacation, but his office pointed to a 2008 piece he wrote for The Huffington Post that expresses his opinion still. He didn’t mince words. “Raise my taxes,” he began. “And raise them now.” He wrote this in the hope that the Bush-era tax cuts would be repealed before they were allowed to expire this year, in what now seems like a faraway dream.

Michael Steinhardt, another Jewish leader with a significant bank account, was just as adamant. When asked whether the very rich should ante up to reduce the federal deficit, he replied by e-mail: “Yes, they should pay more, both absolutely and relatively.” Interestingly, he and Cuban both acknowledged that they probably pay less proportionately than their employees. “I have tax accountants that itemize and scrutinize, few people can afford that,” Cuban wrote.

So why don’t these rich Jews just write an extra check to the government, which is what several Republican lawmakers snidely suggested to Warren Buffett? That entirely misses the point. We don’t pay taxes in the same way we contribute to particular interests and causes; it’s not an individual response to a perceived need. We have a communal responsibility to provide resources so that government can protect us, provide for us when necessary, and maintain all the services and privileges that are taken for granted, from street cleaning to farm subsidies. It’s not about me. It’s supposed to be about us.

Buffett proposed that Americans should pay more on taxable income earned in excess of $1 million, with another tax hike for those earning $10 million or more. Not only would this reasonable plan help reduce the federal budget deficit, it would also begin to redress the growing income inequality that threatens the social fabric of the nation.

Why is Congress so stubbornly opposed to this sensible — and popular — remedy? It could be that about half the members are millionaires. Or that three of the 12 members of the Super Committee charged with rearranging the country’s finances are among the richest on Capitol Hill. But, as Buffett and others prove, being rich doesn’t preclude you from doing the right thing for your country.