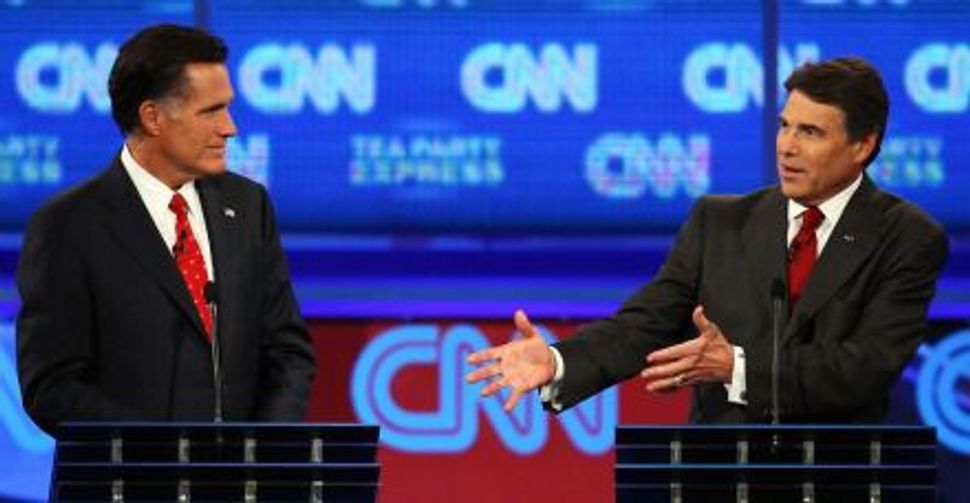 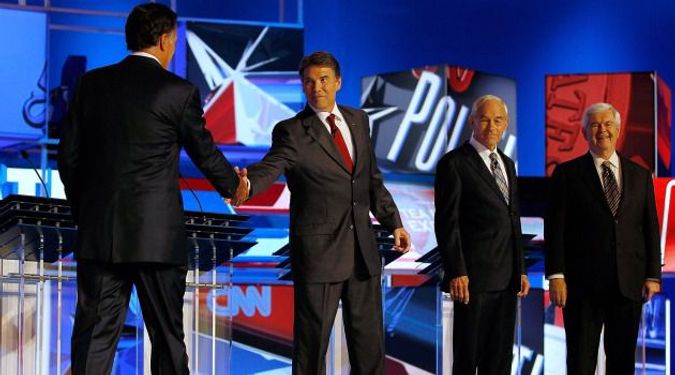 No Compromise: The Tea Party has risen fast to the top of the American political debate. But it?s take-no-prisoners tactics echoes a split in ancient Judaism that did not end well. Image by Getty Images

The Tea Party now dominates the political conversation on the most important domestic matter we entrust to our leaders: how to spend our money. The notion that the national budget should be cut with little regard for the effects on people’s lives while at the same time insisting that the rich cannot be taxed one more cent has become an idea that politicians are forced to confront. The Tea Party even hosted its own debate on September 12 for the field of candidates vying for the Republican nomination, each of whom has been tripping over the other to adopt positions that will please it.

What seems so surprising is not the Tea Party’s positions, which have existed in American politics since the country’s founding, but the all-or-nothing tactics it has used to get what it wants. The crisis manufactured over the debt ceiling debate was a perfect example of a small party willing to hold a whole country hostage in order to score political points.

Although this may seems like a novel political development, there is a moment in Jewish history that parallels America’s situation today, one that can help us see just how detrimental this behavior can be to our democracy.

We once had our own Tea Party.

There were two opposing factions in early Rabbinic Judaism: Beit Hillel, moderate pragmatists lead by Hillel the Elder; and Beit Shammai, xenophobic messianists lead by a sage named Shammai. Despite what you might have been taught in Hebrew school, for most of their history together these two groups didn’t get along. In the beginning they operated as a democracy in which majority vote ruled. But Beit Shammai lost most of those votes. Unwilling to compromise or accept defeat and convinced it had a special pipeline to the truth that Hillel and his followers lacked, Beit Shammai grew increasingly bitter and despondent about the future of the “correct” understandings of Judaism it espoused. And then, unable to take it anymore, it hatched a plan.

The Jerusalem Talmud tells the story. Beit Shammai lured Beit Hillel to a meeting in a private house. Beit Hillel came ready to discuss, Beit Shammai came ready to kill. They ambushed the unsuspecting members of Beit Hillel, killing some and holding the rest captive at spear point until they capitulated and agreed to vote for 18 anti-Gentile measures, many involving the food we eat and drink and who we can eat and drink it with, Beit Shammai wanted passed into law – measures Orthodox Jews still follow today. From that moment until the destruction of the Temple close to a century later, Beit Shammai dominated rabbinic Jewish life. Its followers harassed Hillel’s students until most of them fled Jerusalem and joined the Essenes, a pietist Jewish sect that lived in the desert outside Jerusalem and is often linked to the Dead Sea Scrolls. Hillel himself stayed behind and lived out the last years of his life hounded by Shammai’s followers.

Some Talmudic commentators contend that no one was killed that day. It was a simple hostage situation that ended when Beit Hillel capitulated and voted Shammai’s way. There was no massacre. The wording of the Talmud is, they say, hyperbole.

Whatever actually happened, whether Hillel’s followers were massacred or not, the Jerusalem Talmud considers that day to be the most troublesome day for the Jewish people since we worshipped the golden calf in the Sinai desert. In its eyes, the corruption of our democracy was a national disaster of biblical proportions. And one reason lies in the consequences of that corruption.

Beit Shammai continued to legitimize and enable extremism, convinced this is what God wanted. That extremism provided a fertile breeding ground for what became a rebellion against Rome. That rebellion ended with the destruction of the Temple and the deaths of large numbers of Jews.

The all-or-nothing approach that was so destructive 2,000 years ago is now a characteristic feature of American politics. Members of Congress might not be ambushing opponents with spears, but the brinksmanship and near complete disregard for the views of others that so characterized ancient Jerusalem is now business as usual on Capitol Hill. In both houses, the minority’s unwillingness to compromise and its disregard for the consequences of its obstinacy have damaged our democracy.

Shammai and his followers viewed the process of democracy as a means to an end, as a tool to be used when convenient and discarded when not. The process was inconsequential. Only the end results mattered.

But what Shammai didn’t understand is that the process of democracy itself has value far beyond the laws decided through it, and circumventing it leads to extremism and disaster.

That error is being repeated today by people convinced, just like Shammai was, that they have a monopoly on the truth that their political opponents don’t have, and they don’t think that the process of democracy matters when that process leads to results that contradict that truth.

But our history teaches us that democracy matters, that civil society matters, and that there are no special exemptions to allow either to be circumvented by one party that sees itself as more blessed than all the others.