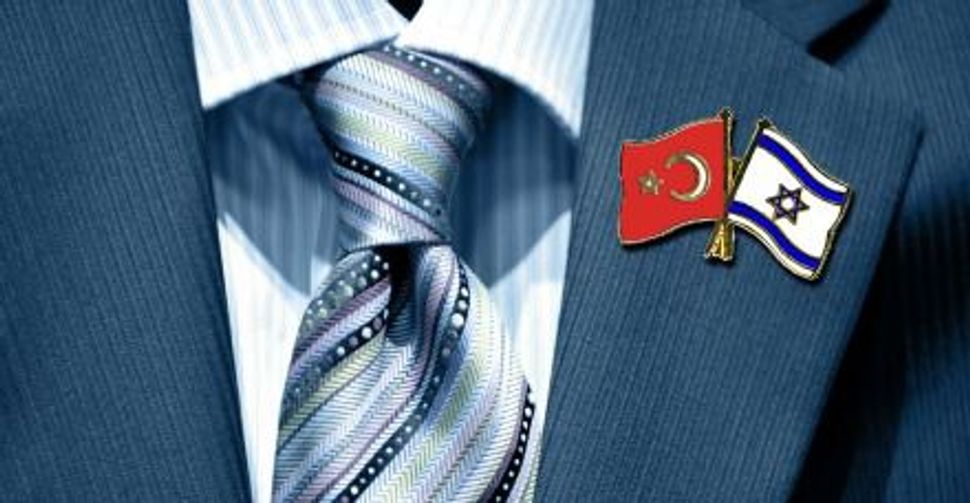 When Israel and Turkey first forged their now shattered alliance in the late 1990s, there was much to bring together the two countries. The odd men out in the Middle East, both were non-Arab military powers who had either strained or outright hostile relations with their neighbors, a domestic terrorism problem and a strategic vision that looked westward, particularly toward Washington. It was a marriage that its architects, particularly in Israel, believed was going to last.

It turns out, breaking up is actually easy to do.

Despite the closeness the two countries once enjoyed, the relationship between Turkey and Israel was never balanced, skewing heavily toward military and security relations and a sense of shared threat in a hostile region.

Turkey’s efforts over the past few years to alter the relationship, particularly by de-emphasizing its security and strategic components, and to reintegrate itself into the Middle East — and Israel’s failure to properly read those moves and other political and social changes in Turkey — has now left relations between the two countries woefully out of balance once again. For Israel, which now must rebuild its ties with Turkey from the ground up, this imbalance and a continuing misreading of its causes will likely only lead to more problems down the road.

As the United Nations Palmer Report on the flotilla (a document that Ankara has strongly repudiated) makes clear, neither side is blameless in the chain of events that brought relations between Ankara and Jerusalem to — and then past — the breaking point. But a succession of Israeli leaders, particularly the current government, can certainly be faulted for continuously failing to grasp the changes, from the diminishing power of the military to the growing importance of public opinion, that took place in Turkey over the past decade, as well as the growing resonance there of the unresolved Palestinian issue. While it might not have prevented the deterioration in Turkish-Israeli relations, a better read on Turkey would have at least kept them from flaming out so spectacularly.

Israeli politicians like to portray Turkey’s ruling Justice and Development Party (AKP) as “Islamist” and bent on breaking the relations with the Jewish state in order to assert a position of leadership in the Middle East. But the truth is that the AKP and its leader, Prime Minister Recep Tayyip Erdogan, came into office seeking not to shatter the alliance with Israel, but rather to make sure it didn’t jeopardize relations with other countries in the region.

More significantly, Israeli leaders failed to appreciate how much the new leadership in Turkey viewed the relationship with Israel as part and parcel of the anti-democratic political system instituted by the secularist military and the old guard Kemalist elite – which essentially ruled the country since its founding in 1923. Israel failed to realize how successful the AKP was in curtailing the political power of the military and, along with it, the primacy of military relations. For Israeli analysts, the power of the military meant that the relations would never falter. But this false certainty only contributed to the growing divide between Ankara and Jerusalem.

Many Israeli politicians further failed to grasp the resonance of the unresolved Palestinian issue among the Turkish public and in Turkish politics, where it serves as common ground across the political spectrum, from leftists to Islamists. It’s worth recalling that the previous downgrade in Turkish-Israeli relations came in 1980, after Israel annexed East Jerusalem, or that in 2002, leftist Turkish Prime Minister Bulent Ecevit referred to Israeli operations in the West Bank’s Jenin as “genocide.” With the rise of the Islamic-rooted AKP and the decline of the Turkish military’s influence, Israel’s conflict with the Palestinians has become an even more potent domestic political issue in Turkey.

But at the heart of this definitive breakdown of Turkish-Israeli relations — and what makes any rapprochement between the two countries unlikely for now — lies what has been an increasingly divergent view of the Middle East and each country’s role in the region.

Turkey no longer sees itself as an outsider and has been working toward deepening its political and economic ties in the Middle East. Furthermore, Ankara believes that Israel’s continuing occupation of the Palestinians stands as the main roadblock toward the emergence of a more harmonious regional order that Ankara would like to see (one that, it must be said, envisions Turkey as a political and economic leader).

Israel, meanwhile, has only become more of an outsider in recent years, governed by a coalition that appears to be ideologically opposed to the creation of a Palestinian state and unable to manage the new realities of the Middle East.

At the height of the alliance, Turkey believed that the strategic advantages of its engagement with Israel outweighed its political costs, both regional and domestic. But this calculation has changed. Ankara now appears to believe that an open confrontation with Israel provides both strategic and political advantages.

Restoring balance to the Turkey-Israel relationship will require mature diplomacy, a more nuanced understanding of each other by both countries and, without a doubt, positive moves by Jerusalem on the Palestinian front. In the meantime, replacing one imbalanced relationship with another does not serve Israel, Turkey or the Middle East at a time when the region certainly doesn’t need yet another conflict.

Yigal Schleifer is a Washington-based journalist and analyst covering Turkey. He is also the author of Istanbul Calling (istanbulcalling.blogspot.com), a blog about Turkish foreign and domestic affairs.