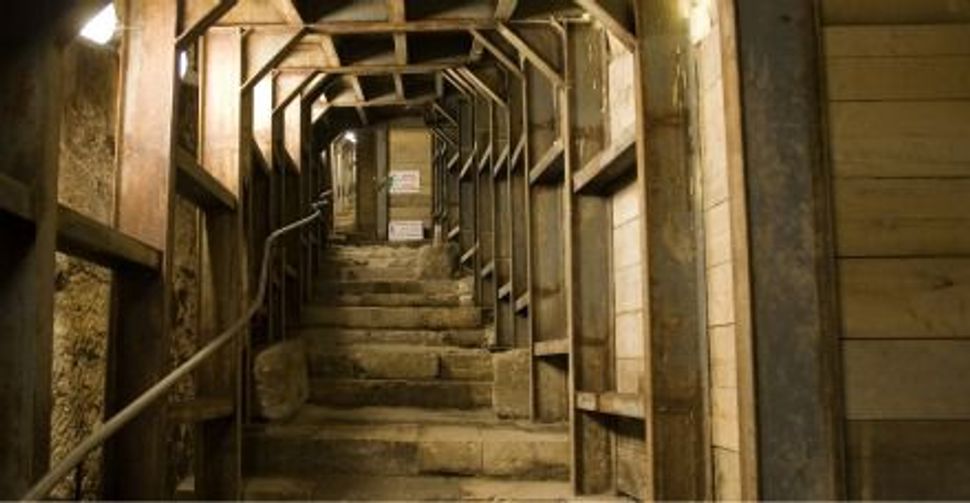 Imagine stepping off the ferry to find that the Statue of Liberty monument is not run by the U.S. National Park Service, but that an evangelical Christian group has a special concession to operate this historic site. Also imagine that the film shown at the Ellis Island museum no longer emphasizes America’s multi-cultural history of immigration, but instead focuses almost exclusively on the contribution of white Anglo-Saxon Protestants. Sounds absurd? 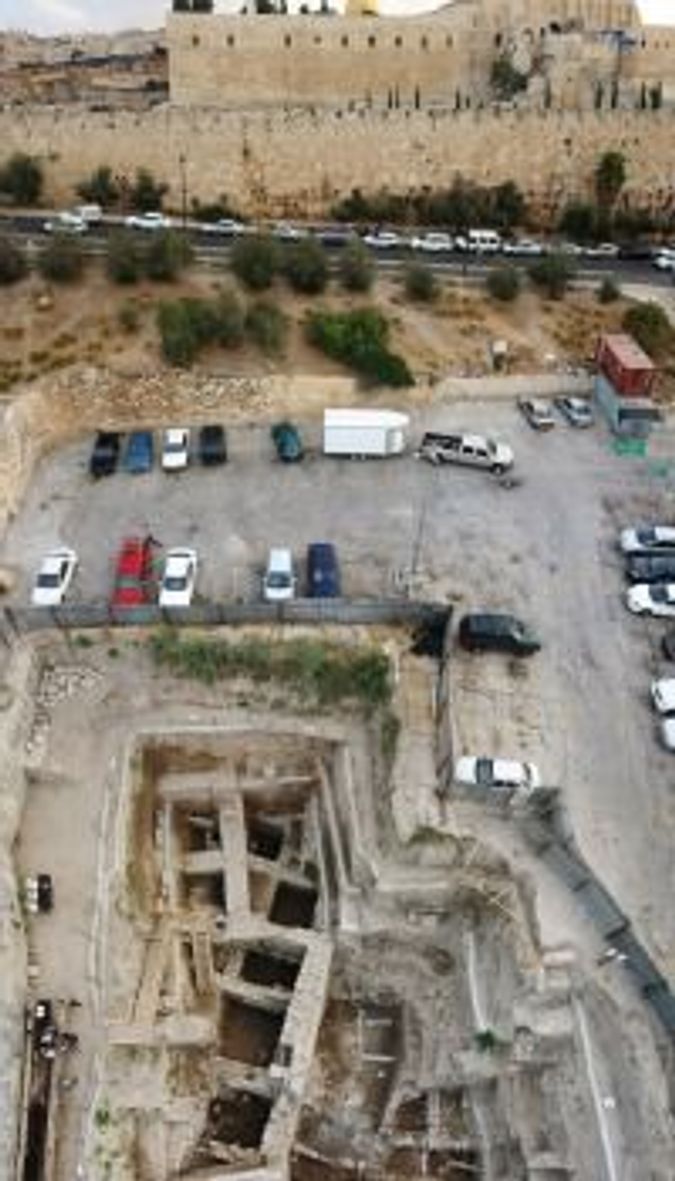 Disputed History: An aeriel view of the entrance to the City of David in Jerusalem. Israel handed over the national park to a group that emphasizes only its Jewish history. Image by Getty Images

Well, when you buy a ticket to the City of David National Park just outside the Old City walls in Jerusalem, you are stepping into such a situation. Perhaps you’ve been there yourself — viewing the impressive archaeological digs, wading through the waters of Israelite King Hezekaiah’s Tunnel. Unlike Ellis Island, however, the City of David Park is located in the heart of the Palestinian-Israeli conflict, hundreds of yards from the Temple Mount and Al Aqsa Mosque, in the midst of the populous Palestinian neighborhood of Silwan.

Of all Jerusalem neighborhoods, Silwan is one of the most contested. This area has been the target for some of the most intense settler activity, backed by the Israeli government, and spearheaded by El-Ad, an organization dedicated to “redeeming land and returning Jewish awareness to the City of David.” This has led to daily clashes, arrests and tear gas, turning Silwan into a focus of violence in Jerusalem.

This area, which traces Jerusalem’s rich, multi-cultural history of settlement and conquest, from the ancient Canaanite city, through the Judean Kingdom, the Byzantines, the Abbasids (early Muslim period) as well as modern-day Jews and Arabs, was declared part of the Walls of Jerusalem National Park in 1970, and run by Israel’s Nature and Parks Authority and the Jerusalem Municipality. Archaeological digs, fully supervised by Israel’s Antiquities Authority, were carried out in Silwan. But consistent with the philosophy of Jerusalem’s mythic mayor Teddy Kollek, who managed the city from 1967 to 1993, no attempts were made to use the park to change the neighborhood’s character.

This approach changed in the 1990s, when the government began transferring properties within the park to El-Ad, leading to the eviction of Palestinian residents from their homes. The authorities then turned over the “guardianship and maintenance” of the park itself — without a bidding process, with no public debate, and in violation of Israeli law.

Many leading archaeologists, including the Antiquities Authority, objected (and still object) to El-Ad’s management of the park, seeing it as an abrogation of legitimate public authority over sensitive historic sites. However, the lure of massive private investment, notably by American Jewish settlement patron Irving Moskowitz, was too great.

In 2001, government authorities made a commitment to the Israeli High Court of Justice to cancel El-Ad’s authorization to run the park and to return it to public management. However, in 2005, the Nature and Parks Authority again signed a contract with El-Ad to continue to manage the City of David Park.

Over the years, El-Ad has used its position, and tax-exempt funds raised mostly from the American Jewish community, to expand Jewish homes and historic sites within the park, and to initiate and sponsor massive archaeological digs under the homes of Silwan. The result is a powerful Jewish history site that ignores or downplays the parts of Jerusalem’s rich 3,000-year-old history that belong to other peoples and religions.

The Israeli High Court will soon hear the petition of Israeli non-profit organization Ir Amim and a group of prominent Israeli archaeologists who oppose this ideologically charged sub-contracting arrangement. Now, in a bid to neutralize this legal challenge, the government, lobbied hard by settlers, pushed a bill through a preliminary reading in the Knesset that, if adopted, would allow the Nature and Parks Authority to outsource the management of national parks throughout Israel to private organizations.

Just as American Jews would balk at Evangelists running the Statue of Liberty National Park and twisting American history, so too should Israelis and Jews around the world who care about Jerusalem speak up about an arrangement that is dangerous for Jerusalem’s future, divisive for Jews, and harmful to peace.

Sarah Kreimer is associate director of Ir Amim, an Israeli organization dedicated to building an equitable, stable and sustainable Jerusalem.