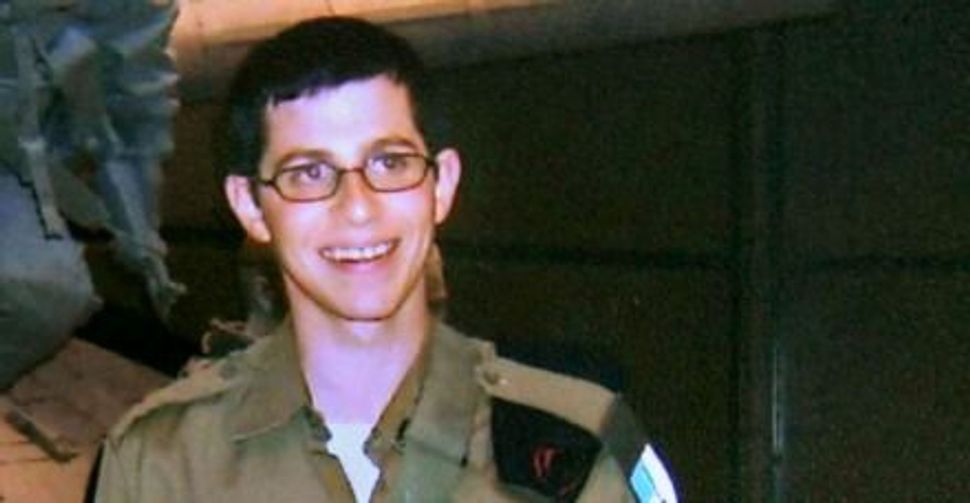 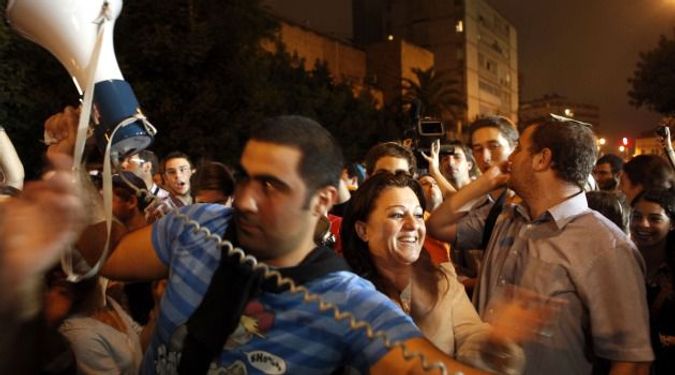 Deal Approved: Israelis celebrated when word spread that the cabinet approved a deal to free Gilad Shalit. But is the swap the right move for Israel in the long term? Image by Getty Images

Gilad Shalit is finally on his way to freedom. Israel and Hamas have reached an agreement on a prisoner exchange, which reportedly will see Shalit return to Israel within a matter of days while Jerusalem frees about 1,000 prisoners.

This is certainly welcome news, especially for Shalit’s family and loved ones. But the sheer amount of government time and resources devoted to his case raises a number of critical questions about Israel’s policy of trading prisoners — including those with “blood on their hands” — for its own soldiers or the bodies of its soldiers.

In print editions, this piece ran alongside a response by Elana Sztokman, who has a different perspective on the importance of winning Gilad Shalit’s freedom

Thinking of Israel as a giant family that includes members of the military is very laudable. The imperative to retrieve all Israeli soldiers, dead or alive, demonstrates commitment and devotion on the part of the state. It helps bind all Israelis, particularly Jews, together in the face of common external threats. And it shows soldiers and their families that the sacrifices they make for the state are recognized and appreciated.

But the desire to make sure every Israeli soldier is brought back to Israel leads to separate but related problems. First, it compromises Israeli military tactics and overall security goals and strategy. As in the movie “Saving Private Ryan,” the intention to make sure every single soldier is kept out of enemy hands looks appropriately heroic in the big picture. But it endangers the lives of other soldiers trying to retrieve a single man.

In today’s wars, fought against terrorists and guerrillas, often in close urban quarters, the likelihood of individual soldiers being captured is even greater. In addition, terror groups like Hezbollah and Hamas have publicly and explicitly stated their intention to capture soldiers for strategic prisoner exchanges. Israel cannot be held hostage to the strategies of its enemies— it must control both the flow of battle and the outcome.

In the broader context, such prisoner dramas may also compromise Israel’s political and diplomatic agenda. Policy on other, even urgent, issues are tied to the matter of exchanges.

Second, when soldiers are captured and their lives or bodies are traded for Arab prisoners, it sends a series of negative messages to various audiences. It tells Hezbollah and Hamas that their strategy is working and will continue to work, handing them a victory. To Israelis, it says the needs of the few outweigh the needs of the many, and that national goals are subject to narrower goals. This is not viable when Israel faces military threats from its immediate neighbors, as well as broader challenges such as the push for Palestinian statehood and the global boycott, divestment and sanctions (BDS) and Israel-as-an-apartheid state campaigns.

For evidence of the worst results of a prisoner-exchange, we need look no further than the recent reappearance of convicted terrorist Samir Kuntar, as a guest of President Mahmoud Ahmadinejad of Iran. In 1979, Kuntar led a terrorist cell that slipped into Israel and kidnapped Danny Haran and his 4-year daughter, Einat. Kuntar shot Haran in front of Einat, then killed the little girl by smashing her head with a rifle. Compounding the tragedy, Haran’s wife Smadar accidentally smothered their 2-year old daughter Yael to death while trying to keep her quiet.

Kuntar was later captured and imprisoned in Israel. But he did not serve out his entire sentence. Instead, Kuntar was released in 2008 as part of a prisoner exchange with Hezbollah. In return, Israel received the bodies of two soldiers whose deaths sparked the 2006 conflict between Israel and Hezbollah.

Many may ask whether it was right to release a terrorist whose deeds are beyond horrific, regardless of how many bodies were released in exchange. Once we have the complete list of prisoners exchanged for Shalit, some will surely ask that question again.

Such a swap also suggests to those who have suffered at the hands of these released prisoners that their losses are less meaningful and subject to crude bargaining.

Finally, it tells the prisoners themselves that their terrible deeds are in fact not so terrible. A round of horse-trading equates the freedom of an innocent captive with that of a convicted killer.

This is not to say that any of these kinds of decisions are easy. The reactions of Israelis to Shalit’s kidnapping and imprisonment — and now his impending freedom — are likely to run the gamut from relief to euphoria to anger over the cost of the exchange.

The conflicting emotions only serve to demonstrate the difficult nature of such decisions. It also tells us that Israel’s policy should change, since there will always be a next Gilad Shalit.

In this one area, where the bigger moral, tactical, and strategic imperatives are fairly clear, Israel must make decisions in the name of the state — and not on behalf of individuals, no matter how compelling their case they may be. Only in this way can Israel function effectively in its duty of protecting the state and all its citizens.

Brent E. Sasley is an assistant professor of political science at the University of Texas at Arlington. Follow him on Twitter @besasley.