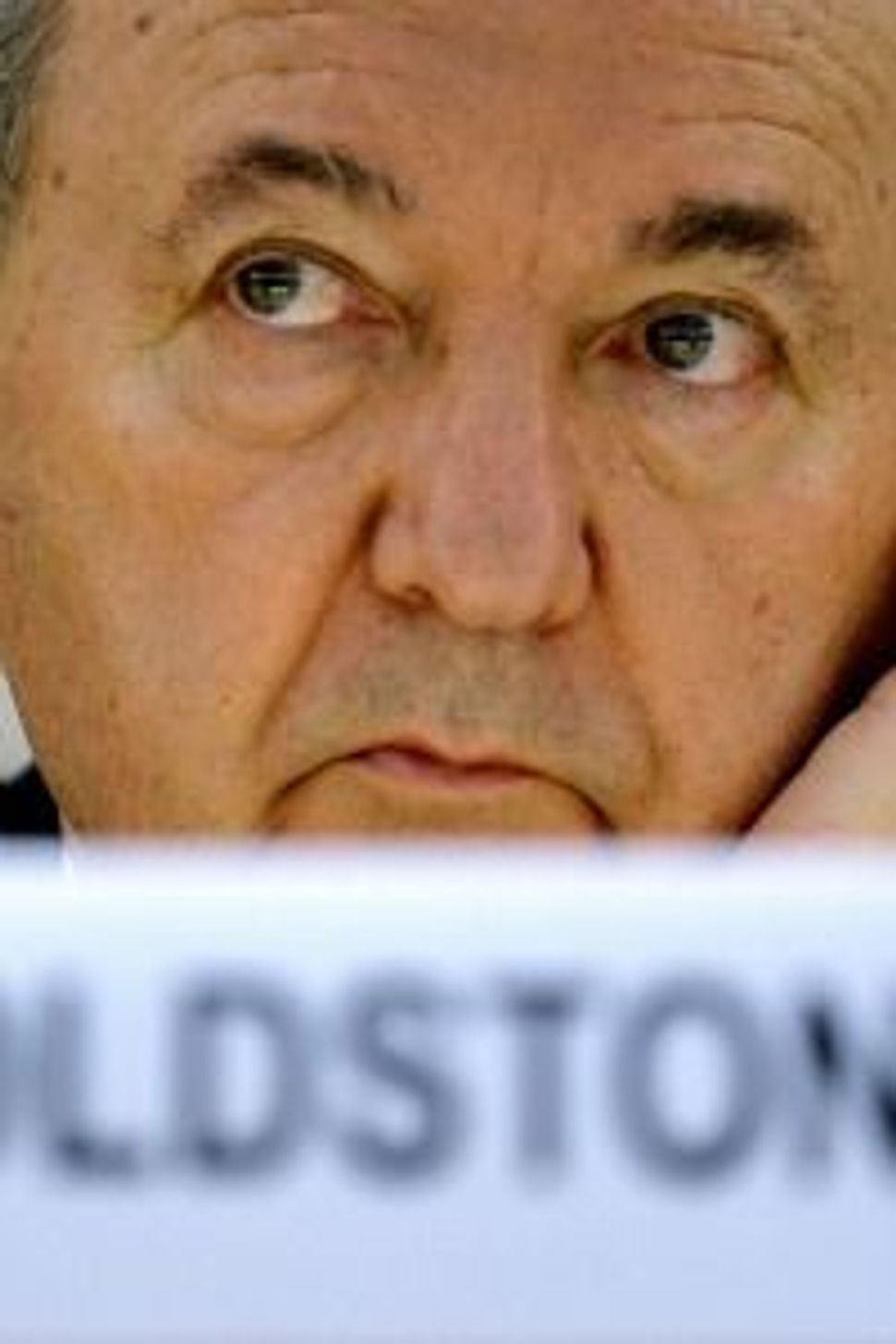 With his New York Times op-ed today, Judge Richard Goldstone continues his long march towards insuring that his name no longer be synonymous with self-hating, Israel-bashing Jew. He has written to argue — from his vantage point of having been a judge in apartheid-era South Africa — that the attempt to label the situation in Israel vis-à-vis the Palestinians as a form of “apartheid” is pernicious and destructive and just plain inaccurate.

He tries to debunk what the headline refers to as “the apartheid slander,” in a methodical way, by looking first at the situation of Israeli Arabs and then at Palestinians in the occupied territories.

When it comes to the first case, it is airtight. As Goldstone correctly notes, “Israeli Arabs — 20 percent of Israel’s population — vote, have political parties and representatives in the Knesset and occupy positions of acclaim, including on its Supreme Court. Arab patients lie alongside Jewish patients in Israeli hospitals, receiving identical treatment.”

Then he turns to the West Bank and Gaza. Goldstone takes as his benchmark of apartheid a definition from the 1998 Rome Statute: “Inhumane acts … committed in the context of an institutionalized regime of systematic oppression and domination by one racial group over any other racial group or groups and committed with the intention of maintaining that regime.”

Goldstone writes that “even if Israel acts oppressively towards Palestinians there,” the use of the word “apartheid” to describe Israel’s intentions towards Palestinians is inaccurate. And I agree with him that this word, which comes from a very particular historical context, should not be thrown around as lightly as it has been — and certainly doesn’t capture the complex strategic and defense concerns that make the overwhelming majority of Israelis feel justified in continuing the occupation.

But this does not account for the settlers and their settlements (and the extraordinary government support they have received for decades). Goldstone does not mention any of this — the word “settlement,” so much a part of what makes the occupation feel like apartheid to the Palestinians, appears nowhere in his piece. And it is this politically potent constituency, which would not have a problem with the preferential treatment of a minority at the expense of a majority (in other words, apartheid) that has had an outsized influence on the conflict and is doing its utmost to preclude the possibility of a Palestinian state.

Goldstone is right to say that “Jewish-Arab relations in Israel and the West Bank cannot be simplified to a narrative of Jewish discrimination,” but he ignores completely the settlement archipelago and the preferential Jewish roads that connect them; he ignores the daily experience of occupation that Palestinians encounter at checkpoints while Jewish cars zoom past; he ignores the fact that in the West Bank there is water reserved exclusively for Jewish settlers. This is a function of power maintaining a certain status quo. Call it whatever you want, but it is inaccurate — as inaccurate as the phrase “apartheid” — to see the conflict today the way Goldstone describes it, as simply a matter of “hostility and suspicion on both sides.”