What Globalization Has Wrought 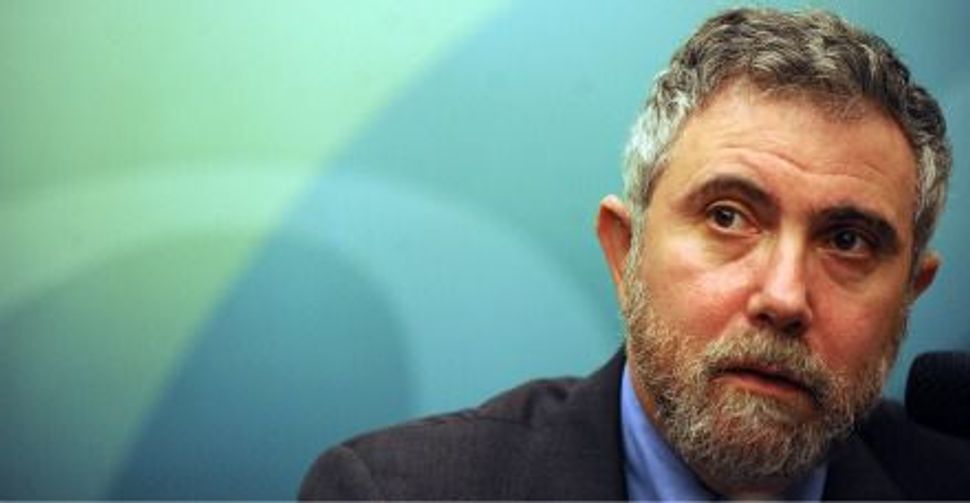 Fans of New York Times columnist Paul Krugman might get a kick out of this. Nearly a decade and a half ago, the acclaimed economist savagely reviewed a new book on the perils of economic globalization, dismissing it as “simplistic,” “foolish,” “thoroughly silly” and more. He said the author, Rolling Stone investigative journalist William Greider, had naively failed to consult “competent economists,” which led him to “trip on his own intellectual shoelaces.” Classic Krugman.

Krugman has since moved from MIT to a tenured chair at Princeton and a Nobel Prize. Greider moved from Rolling Stone to the smaller and less remunerative weekly The Nation. The funny thing is, Greider turned out to be right. Krugman got globalization very wrong.

Greider infuriated Krugman by predicting that globalization and new technology were going to lower Americans’ standard of living. Greider’s 1997 book, “One World, Ready or Not: The Manic Logic of Global Capitalism,” claimed that new manufacturing technologies and other advances in productivity, notably shipping factories off-shore to lower-wage countries, were eliminating good middle-class jobs. This would reduce consumer buying power, inhibiting demand and eventually bringing economic crisis. Nonsense, Krugman sniffed. Increased productivity would create new demand, resulting in new jobs in the service sector and rising prosperity. To illustrate, he imagined a new machine that could produce more hot dogs in fewer work hours. The obvious result would be fewer workers producing more hot dogs, but this would increase demand for buns, creating more jobs.

You don’t need a Nobel to see how it’s turned out. In the past decade alone America has lost nearly one-third of its manufacturing jobs, which now number fewer than 12 million, about 7% of the nation’s total workforce. Four decades ago, in 1970, manufacturing occupied a full one-fourth of America’s workforce. You know the rest: The vast majority of Americans have seen their incomes stagnate or decline over the decades. Families have tried to maintain their living standards by borrowing, taking on more and more debt until finally, as Greider predicted, everything went kablooey.

To paraphrase Winston Churchill: Some hot dogs. Some buns.

In part this process was inevitable. The new technologies of the last four decades allow us to produce nearly everything we need with fewer hands: Robots replace factory workers, word processors and voice mail replace secretaries, while computerized sprawl replaces everything from the family farm to the neighborhood store. Other technologies make it cheaper for companies to move their factories to China and Guatemala, where workers earn a fraction of American wages, while executives manage from afar via satellite telecommunications and ship goods to market in huge containers.

It’s true that the American worker’s loss is Chinese and Guatemalan workers’ gain. Picture the labor markets like separate bathtubs that are suddenly connected: Water flows from the fuller one to the emptier one, until they level out in the middle. In a way it’s progress, equalizing living standards between rich and poor countries. But you can’t expect American workers to be happy about it.

It gets worse. The new technologies have made it possible for fewer people than ever to keep more than ever for themselves, leaving less and less even for those who still have jobs. Thanks to new communications technology, the luckiest few are able to convince everyone else that this is how it must be. But it’s not. Other countries with similar living standards manage change differently.

Germany and Scandinavia, for example, pursue social-democratic industrial policies to keep high-wage jobs at home. Corporate tax policies encourage in-country rather than off-shore production. Government invests in promising new industries like biotech and green energy, recognizing that occasional Solyndra-type failures will come with the territory. Firms are subsidized to keep workers on during downturns, with robust unemployment insurance and extensive job retraining to soften layoffs. Health care is covered by government instead of burdening employers.

Doing all that requires two things that America currently lacks: the will and the means. The means takes the form of taxes high enough and progressive enough to fund a decently functioning government and pay for those investments. The will come from a strong labor movement. America has the lowest union membership as a share of the workforce in the industrialized world. We also have one of the lowest tax rates, considering all taxes (federal, state, property, corporate, payroll), as a share of GDP. Lacking both the will and the means to do better, it’s no surprise that we have one of smallest manufacturing sectors and the second most unequal income distribution profiles. It makes for an angry, volatile, unstable electorate.

A few years after the Krugman-Greider dust-up, I heard Greider speak about the economy and the coming debt crisis. It was 2004. Among other things, he predicted that the hollowing out of the American economy would inevitably hollow out America’s power on the world stage. As an over-leveraged nation of financiers and burger-flippers, we would grow increasingly dependent on our creditors.

We chatted briefly afterwards about how the potential weakening of America’s global stature would affect Israel. Empires fall when they’re overextended, he said. A hollowed-out, low-wage, low-tax, angry, unstable America can’t be relied on as Israel’s friend and protector, he said. You should write about it.

The way I figure it is, he’s been right so far.

What Globalization Has Wrought