Bibi Is a Liar, So What’s the Fuss? 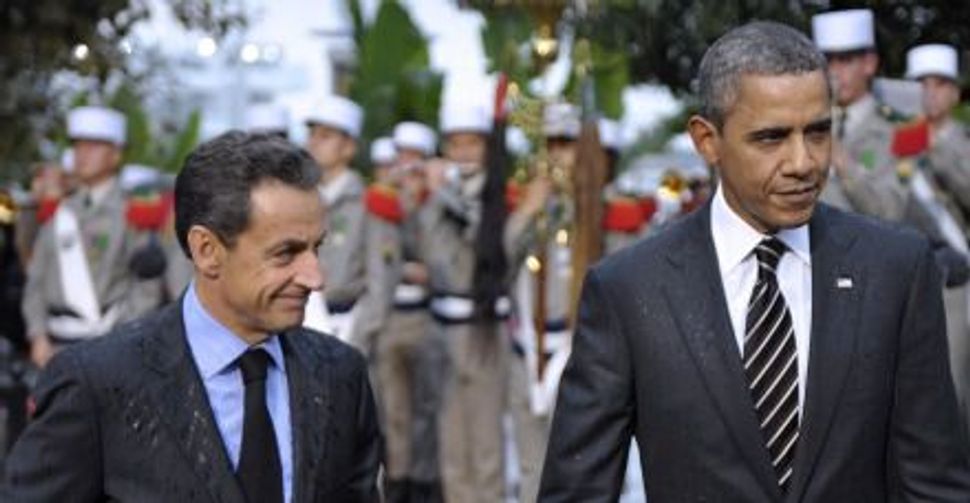 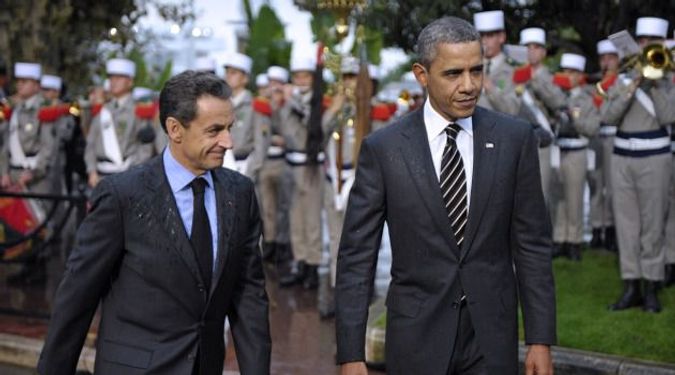 Truth Hurts: Many Jews were upset to hear French President Nicolas Sarkozy captured on an open microphone calling Benjamin Netanyahu a ?liar.? Why weren?t they happy to hear his honest opinion? Image by getty images

Few stories that start out as potential bombshells end up as utterly duddish (from “dud”) as the “hot mic” exchange between Presidents Sarkozy and Obama. Duddish, that is, here in Israel, where I am for a couple of weeks; not so back home, in the States, as we shall see.

Here’s how I expect the answers would go: A very substantial majority of Israeli voters would acknowledge that their Prime Minister is, indeed, a liar. A majority, albeit somewhat smaller, would endorse his continuing in power.

How can that be so?

The pervasive belief in Israel — and, be it noted, not only in Israel — is that all politicians are liars. So there’s nothing new in President Sarkozy’s blunt assertion. Moreover, the specific assessment of Netanyahu here has long included the sense that he has an aversion to the truth.

If all politicians are liars, you have to go with the liar who delivers. And there’s a widespread perception here that Netanyahu delivers. Specifically, there is broad agreement with his policy of blaming the collapse of the peace process exclusively on the Palestinians. Nor does the current Netanyahu-led effort to criminalize and otherwise restrict dissent arouse widespread outrage.

The more curious question is why such an unsurprising story kicked up such a tempest in the American Jewish community. After all, Netanyahu has been declared a liar not only by Sarkozy but also, months earlier, by German Chancellor Angela Merkel, and the hot mic that caught Sarkozy saying, “I can’t deal with Netanyahu any more, he is a liar,” also recorded President Obama’s rejoinder: “What about me? I have to deal with him every day.” None of these assessments, shared quite widely among other leaders, should surprise. Yet the Zionist Organization of America (which opposes the two-state solution Netanyahu allegedly endorses), in a state of high dudgeon, demands apologies, and the Anti-Defamation League expresses its profound concern.

As the ZOA misleadingly puts it, the Sarkozy/Obama “personal attacks on Israeli Prime Minister Netanyahu…demonstrated their hostility towards Israel. Presidents Obama and Sarkozy owe Prime Minister Netanyahu, the Israeli people and all supporters of Israel an apology.” One might have been entitled to suppose that even the ZOA was able to distinguish between personality and politics, perhaps even to remind people that the Obama expression of frustration took place during a conversation in which Obama was seeking French support to oppose Palestinian membership in UNESCO. To say nothing of the truly unprecedented military cooperation between Israel and the US. To say nothing of Obama’s UN speech, so fulsomely pro-Israel.

Odd: When people near and far criticized George W. Bush for lying and other transgressions, did anyone feel the American people were being insulted, were owed an apology?

The ZOA’s confusion between personality and politics, immediately and eagerly echoed by John McCain, Mitt Romney and Michelle Bachmann, is dangerously childish. Indeed, it entirely misses and thereby distorts the point: This little episode is a proof-text of what is meant by the repeated mantra that America and Israel have an “unshakeable alliance,” a truly unshakeable alliance can thrive even where there is personal animus, disrespect.

The ADL’s Abe Foxman takes a superficially more mature position: “We are deeply disappointed and saddened by this decidedly un-Presidential exchange between Presidents Sarkozy and Obama. President Obama’s response to Mr. Sarkozy implies that he agrees with the French leader. In light of the revelations here, we hope that the Obama Administration will do everything it can to reassure Israel that the relationship remains on a sure footing and to reinvigorate the trust between President Obama and Prime Minister Netanyahu, which clearly is not what it should be.”

Whoa! An “un-Presidential exchange?” It is wrong for presidents to speak honestly to one another? Foxman wants a scripted politics, politics-as-façade? True, the trust between Obama and Netanyahu is “not what it should be,” but does the responsibility for that fall entirely on Obama? Has Foxman chastised Netanyahu for his contribution to the mutual dislike?

And Foxman continued: “What is sad is that we now have to worry to what extent these private views inform foreign policy decisions of the U.S. and France — two singularly important players in the peace process.” Worry? Not so. Such worries are pointless; we will never be able to parse a public policy and say how much of it owes to personal issues, how much to more dispassionate criteria. We remain perfectly capable of assessing American and French foreign policy decision on their merits, which is as it should be.

Bibi Is a Liar, So What’s the Fuss?