Pinkwashing Is Not Black and White 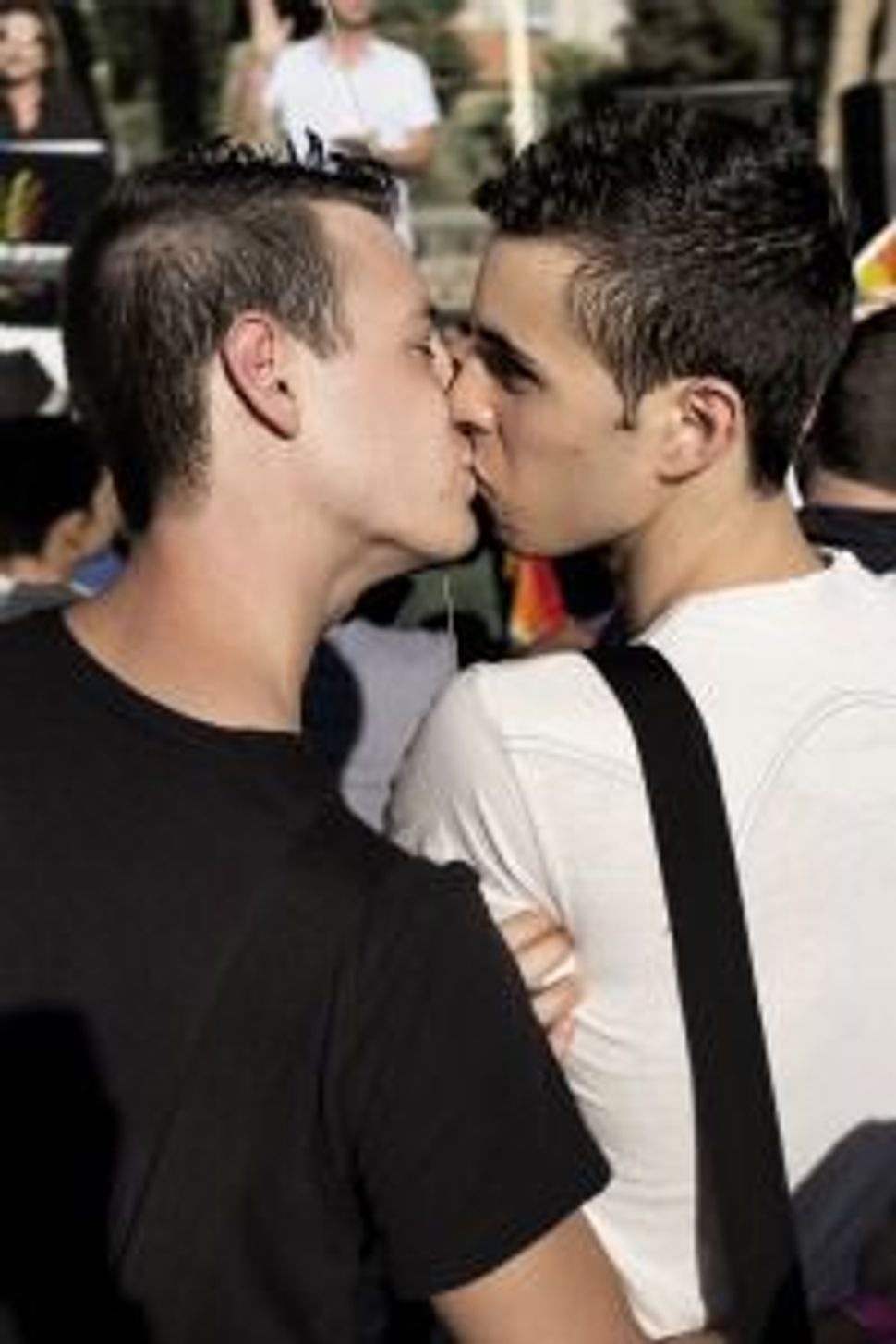 Last March, this newspaper published a classic example of pinkwashing, which is the concerted effort by supporters of Israel to tout Israel’s excellent LGBT rights record to win support for Israel in general. In their straightforwardly titled piece, “LGBT Activists Should Know Friends From Foes,” Stuart Applebaum and Benjamin Weinthal stated plainly that activists “should be sure we are on the right side of history” by supporting the only pro-gay regime in the Middle East.

This, of course, is absurd. Yes, Israel has a stellar record on LGBT rights, and yes, all of its neighbors have abominable ones. But that doesn’t mean gay people should provide blanket support for all of Israel’s policies, especially those vis-à-vis the Palestinians. To even suggest that queer people should “know who our friends are” is a wild over-simplification of what friendship means (to me, it doesn’t mean a blank check), and what the LGBT community is meant to stand for. For example, plenty of thoughtful LGBT people believe that queers should not just look out for our own privileges, but stand with all oppressed people, including Palestinians.

And of course, plenty of supporters of Israel, this one included, believe that criticizing the current government’s conservative policies is in Israel’s best interests. Just as I patriotically criticized George W. Bush, so I Zionistically criticize Benjamin Netanyahu. This is what is meant by a “loyal opposition.”

Now comes veteran lesbian playwright-activist Sarah Schulman, who somehow convinced the New York Times to give her 800 words of prime real estate to over-simplify the situation from the Left. Schulman began — after a distracting and obviously bogus discussion of the Netherlands — by rightly noting that Israel has been spending money to improve its image overseas, including highlighting its record of LGBT issues.

Then Schulman went off the rails. First she argued that all Israeli PR is “a deliberate strategy to conceal the continuing violations of Palestinians’ human rights.” Then she argued that Palestinians don’t have it so bad; after all, sodomy is decriminalized, and there are three Palestinian gay rights groups. And then, drawing on the scholarship of Jasbir Puar (which was heavily criticized at the American Academy of Religion conference last month), she alleged that gay supporters of Israel “mistakenly judge how advanced a country is by how it responds to homosexuality.”

All three of these statements are inexcusable lapses in reason.

First, Israeli Gay PR exists for many reasons. One is indeed to burnish Israel’s overall reputation and “pinkwash” its policies toward the Palestinians — and I have criticized that not just in my written work, but to Israeli governmental officials in person. However, surely branding Tel Aviv as a “gay destination city” has more to do with tourism than propaganda, and surely celebrating diversity in Israel can exist to, well, celebrate diversity. Schulman views all of Israel through the single lens of the Israel/Palestine conflict. In fact, there are many perfectly ordinary and perfectly defensible reasons why Israel would want to tout its pro-gay civic life.

Second, Palestine is hell for queer people. LGBT Palestinians live in constant threat of state-sanctioned murder and violence. Family members murder gay relatives in “honor killings” while the police do nothing. The three miniscule advocacy organizations Schulman cites are courageous, but totally marginal. I’ve met Palestinians who sneak across the green line to hide from vengeful relatives, to find queer community, and even to dance at gay bars. Yes, the Palestinians are oppressed. But not all victims of oppression are angels. Schulman’s depiction of a rainbow Palestine is a radical oversimplification that smacks of Orientalism.

Finally, I know many gay and lesbian supporters of Israel, including some whose politics are quite right-wing. Although a few, like Applebaum and Weinthal, purport to do so on the basis of Israel’s treatment of its gays, the vast majority support Israel for the same reasons straight people do: because they are Zionists. (When push comes to shove, I suspect this is why Applebaum and Weinthal do too.) Some queer Jews emphasize their solidarity with all victims of oppression, while others feel more solidarity with the Jewish state. Some of us feel pulls in both directions. LGBT people hold these views not because we are deluded or traumatized, but because people hold views. To suggest that queers should all have a certain view (i.e., the author’s) is the kind of essentialism one usually finds among homophobes.

Schulman’s views on Israel – she supports boycott/divestment/sanctions (BDS) and is on the advisory board of Jewish Voice for Peace – are perfectly legitimate, as is her linkage of them with her understanding of queer identity politics. And pinkwashing is real, notwithstanding the hysterical denials of some. (The AJC’s David Harris, who should know better, offered one on the Huffington post, adding the insult-word “lifestyle” to describe sexual orientation and thus undermining any credibility he might have with LGBT issues.)

But it is also possible, coherent, and defensible to at once appreciate Israel’s LGBT rights record, criticize Israel’s policies in the occupied territories, oppose BDS, condemn Palestinian oppression of LGBT people, and highlight the nuances and complexities of the Israel/Palestine issue that do not reduce to simplistic oppressor/victim dichotomies. Maybe that’s too complicated a position to pitch to the Times editorial page. But Israel, and Palestine, are complicated places.

Pinkwashing Is Not Black and White