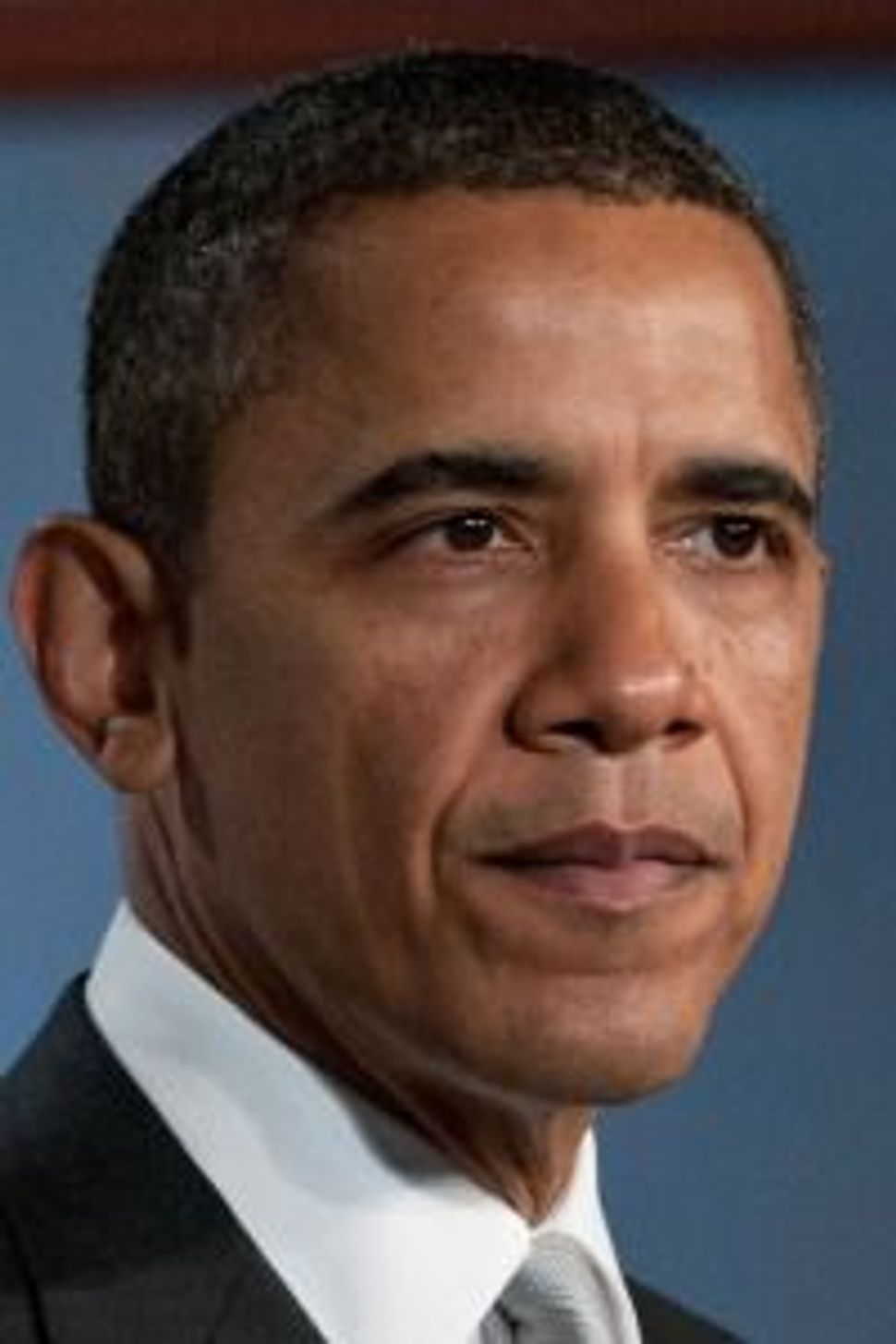 President Barack Obama reasserted his administration’s support for Israel to a group of donors convened by one of America’s most influential Jewish fundraisers in Manhattan Tuesday night.

“I try not to pat myself too much on the back, but this administration has done more in terms of the security of the state of Israel than any previous administration,” Obama told a small audience at the home of Jack Rosen, chair of the American Council for World Jewry, and of the American Jewish Congress, a group that has been mostly inactive since last year.

While introducing Obama, Rosen referred to “concerns” among American Jews about the relationship between Israel and the United States, an Associated Press report said.

The move was clearly aimed at shoring up support among Jews, a key piece of the coalition that catapulted him to the White House in 2008.

“I think the president has really been trying over the past number of months to firmly say that he’s pro-Israel and to reassure Jewish donors and Jewish voters as a whole that he’s with them on Israel,” said Kyle Kondik, an analyst at the University of Virginia Center for Politics. “There’s been a definite desire on his part, if there’s been any damage done, to mend fences.”

Obama’s decision to attend the fundraiser at Rosen’s home signals an interest in associating with Jews with strong pro-Israeli credentials, even if they aren’t solid Democrats.

Rosen, a lawyer and real estate investor, was a Bill Clinton supporter who backed George W. Bush in 2004. Over the past decade, he has given approximately $50,000 each to both the RNC’s Republican National State Elections Committee and the Democratic Congressional Campaign Committee.

Rosen’s politics are driven by his support for Israel, according to New York Democratic political consultant Hank Sheinkopf. “Jack Rosen is doing what’s right for Israel, and that’s his only agenda,” Sheinkopf said.

After Sheinkopf emailed Rosen to congratulate him on the fundraiser, Rosen responded: “It was a good evening for Israel.”