A journalist friend of mine emailed me at 1 am Friday morning to tell me that Christopher Hitchens had died.

The news brought with it a deep sadness and I instantly recited the Jewish prayer upon hearing of the passing of a friend, “Blessed is the true Judge.” That instinctive religious action captured the paradox of our unpredictable friendship, born in battle in four public debates, stretching from 2004 until 2010, on G-d, faith, evolution, and religion, but solidified over food at kosher restaurants, kosher wines, and, of course, healthy swigs of whisky.

We were planning, over the last few months, to do another debate on whether the Jews are the chosen people, and given Hitchens discovery that he was Jewish only when his mother revealed it to him in his twenties, the subject held a particular interest for him. Back and forth we went, trying to find a time that might suit him as he awaited the literal return of the voice he had lost to his treatment against esophageal cancer.

When I first heard that Christopher was sick, I called upon all fellow people of faith to pray for him and asked him on my radio show if the gesture offended him. He responded that he was deeply flattered even as he was sure there was no one listening. But pray we did, a great many of us, because amid his being the most famous atheist in the world, there was something immensely likeable about him that endeared him to friend and foe alike.

He was religion’s most vociferous enemy but you could not help but develop an affection for him due to his warmth, wit, and, bizarre as it may sound, humility. Unlike hate-filled atheists like Richard Dawkins whose principal contribution to the world is to detest people with whom they disagree, Hitchens may have had a problem with G-d but he had no such problem with His children. He was one of the world’s most strident and eloquent defenders of human freedom, going so far as to break with the left-wing intelligentsia in strongly supporting the invasion of Iraq to protest Saddam’s brutalization of his people. Indeed it is immensely ironic, or if you’re more inclined to faith, providential, that he died on the very day that the United States announced the end to the nine-year war in Iraq, a conflict that he brought his unparalleled eloquence to defend because of his hatred of tyranny in all forms.

Hitchens continued that trend by using his mighty pen to inveigh against any political regime whom he perceived to trample on the innocent. As an essayist he had no equal and as a debater, he had few who could better him. One only entered into the verbal boxing ring with him with the keen knowledge that it would be a fight to the death.

But for all his fame he was evinced an accessibility that made him unique. Write him an email and, after a day or two, he would invariably write back, not just a line but many paragraphs. And there was always some unique turn of phrase that brought a smile.

Not that it was always like that. After publishing G-d is Not Great, I detected a hardening in him against people of faith that I found out-of-character and, in February, 2008, we held a take-no-prisoners debate at the 92nd Street Y over the existence of G-d that has now been viewed by nearly 750,000 people. He had written in his anti-religious work that Jewish courts in Israel had ruled that a Jew may not save the life of a non-Jew on the Sabbath.

But while the announcement of his esophageal cancer did not soften him on G-d, it did soften him on people of faith, surprised as he was at the huge outpouring of support and prayer from people of every religion. We agreed to stage a public discussion on the afterlife which took place before 1,000 people at the Cooper Union in September 2010, the night before Yom Kippur, Judaism’s holiest day. The debate saw an entirely new exchange between me and Hitchens, one where we did not seek to eviscerate each other’s arguments so much as soberly and respectfully discuss one of life’s most profound mysteries.

When the debate was over I sent him a case of kosher wine for the Jewish holidays and told him its purpose was to have him and his friends toast, “L’Chaim,” the ancient Jewish call for a long life. He wrote back that he was grateful for the gesture and had already finished the case.

I have no doubt that Christopher Hitchens will have an afterlife. As one of the most original and provocative writers of his generation, his words will continue to mesmerize, incite, confound, and entertain. As an atheist who challenged America’s deeply held religious convictions, he will continue to serve as a thorn in the side of those who believe that religion requires no rational defense. And for those of us who were privileged to know him, he will be remembered as a warm and engaging presence who, ever the iconoclast, was never afraid to swim alone against strong social currents.

No doubt you are now finally resting in peace Christopher given that, wherever you are, you finally have the answer to that great question of G-d’s existence you always debated.

Shmuley Boteach is the best-selling author of 26 books, including the forthcoming “Church of Evolution,” a response to the recent spate of atheist books against religion. Follow him on his website www.shmuley.com and on Twitter @RabbiShmuley. 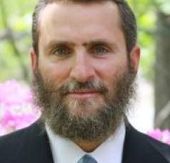