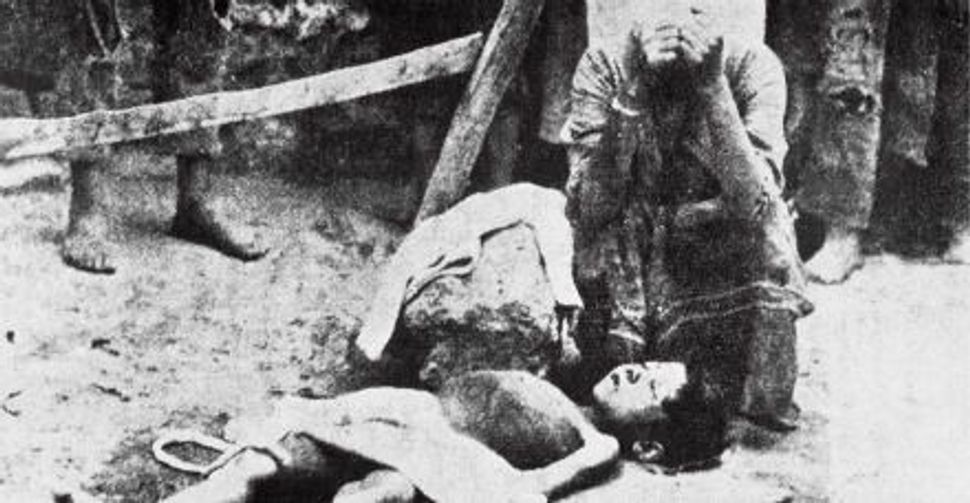 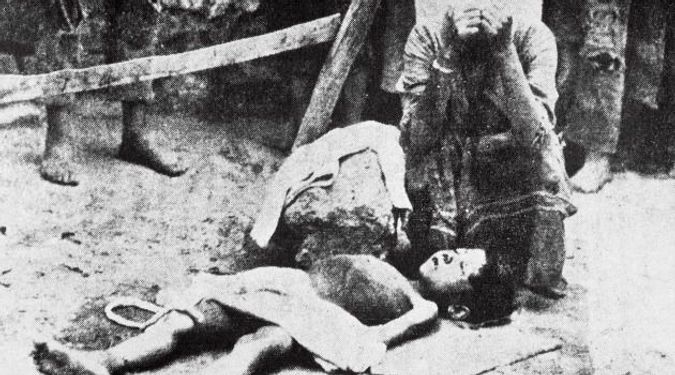 Recognizing a Crime: Israel is only raising the issue of the Armenian genocide now because relations with Turkey are on the rocks. It would be better to say nothing than hypocritically change tack, says Larry Derfner. Image by getty images

Israel is definitely making progress on the subject of the Armenian genocide. In late December, during the Knesset’s first ever open-door debate on the issue, nobody was reported to have questioned whether the deliberate killing of 1.5 million Armenians in 1915-’16 should be called a genocide, nor whether the Ottoman Empire was the guilty party, nor whether modern-day Turkey inherited that guilt. For once, all this was taken for granted, as it has been for decades by virtually all historians, notably Holocaust and genocide historians.

“As a people and as a country, we stand and face the whole world with the highest moral demand that Holocaust denial is something human history cannot accept. Therefore, we cannot deny the tragedy of others,” Knesset Speaker Reuven Rivlin told the Education Committee.

Hear, hear. But this is a far cry from the position taken, for instance, in 2001 by then Foreign Minister Shimon Peres, who told a Turkish newspaper that the Armenian genocide was “a matter for historians to decide,” and that Israel “reject[s] attempts to create a similarity between the Holocaust and the Armenian allegations.”

No question, Israel has come a long way. When the U.S. Holocaust Museum opened in 1993, Armenian-Americans lobbying for inclusion of the Armenian genocide were met with a counter campaign organized by Turkish officials and backed, according to museum officials, by the efforts of the Israeli embassy.

For decades, official Israel not only “stood silent” about the Armenian genocide, it deployed the American Jewish Committee, Anti-Defamation League and other lobbying groups to back up White House efforts to ensure that Congress stood silent, too. As late as 2007, the ADL fired a senior official for challenging Abraham Foxman’s opposition to a move in Congress for recognition of the genocide.

“Frankly, I’m pretty disgusted,” Yehuda Bauer, Israel’s leading Holocaust scholar, told me in 2005, when only a few academics and liberal politicians were speaking out against Israel’s role as blocking back for Turkey’s policy of denial. “I think that my government preferred economic and political relations with Turkey to the truth.”

That was then, but this is now, and now Israel’s relations with Turkey are ice cold, so there’s a lot less to lose by recognizing the Armenian genocide, and a great deal of satisfaction to be gained. “How many times can they recall their ambassador?” Knesset Member Uri Orbach pointed out.

Shameless hypocrisy, that’s the only term for this Israeli spectacle. The Knesset said nothing about the Armenian genocide all those years when Israel wanted to preserve its alliance with Turkey, and now it has the gall to pretend that it’s raising the issue “so that no one in the world will think [genocide] can happen again,” according to Knesset Member Arye Eldad. The only Knesset members who come to this issue with clean hands are those of Meretz, which over the years stood alone among the political parties in demanding recognition of the genocide and Turkey’s culpability for it.

I don’t know whose hypocrisy is worse — the Knesset’s or that of the Prime Minister’s Office and the Foreign Ministry, which oppose recognition on the grounds that it will cause more bad blood with Turkey, something Israel doesn’t need. National Security Adviser Ya’akov Amidror reportedly told Israeli diplomats that now is the time to “reduce tensions with Turkey, not pour more oil on the fire.”

Funny, but over the last two years, this consideration didn’t deter the government from 1) sitting the Turkish ambassador on a low chair to humiliate him in front of the TV cameras; 2) commandeering the Turkish ship Mavi Marmara on its way to Gaza, which ended with the killings of nine Turks aboard; 3) refusing to apologize for the killings; and 4) just this last Thursday, canceling a $141 million sale to Turkey of air force intelligence equipment.

Each of those moves was apparently worth deepening the rift with Turkey. But not an attempt to end Israel’s collusion in the denial of the 20th century’s first genocide, whose early disappearance from history was cited by Hitler as proof that he could get away with a genocide of his own.

In the end, though, I agree with the Prime Minister’s Office and Foreign Ministry: Israel should not do a 180-degree turn and suddenly recognize the Armenian genocide, especially not now. Like this week’s “historic” Knesset hearing, it would be too transparently false, too embarrassing.

Israel has stood silent this long; let it remain silent.