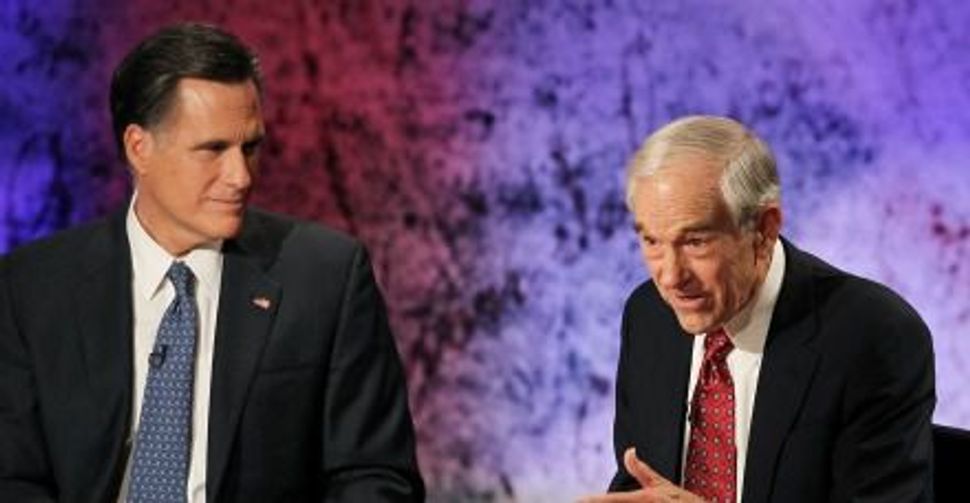 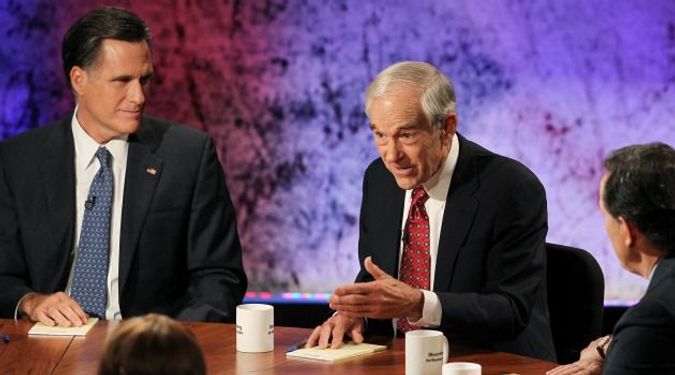 We Have a Problem: Ron Paul?s anti-Israel and isolationist views could cause big problems for the entire GOP field. Image by getty images

The first votes in the 2012 elections have now been cast by the good people of Iowa, the beneficiaries of this quadrennial honor. And though the caucuses are often not the best indicator of what will happen as the primary contest proceeds — let’s not forget the triumphs there of Mike Huckabee and Pat Robertson — it does tell us something about what Republican voters are feeling in their kishkes. This year in Iowa, the caucuses have forced the political world — and the Jewish political world in particular — to confront a problem called Ron Paul.

As for Paul’s actual support among Republicans, Iowa made it clear that there is a three-man race for the ideological soul of the party, and Paul can lay claim to a sizable chunk of voters who think he represents its future. These were voters who were able to overlook the accumulating evidence that Paul let his name sit atop a newsletter that included articles expressing some pretty vile nods toward xenophobia, racism and anti-Semitism. They overlooked his popularity among white supremacists and other fringe groups with dangerous ideas. And, maybe most disturbingly, they overlooked Paul’s own flip dismissal when asked to contend with this history.

But let’s put aside the question of these parasitic fish that Paul has clearly allowed to swim around him for a long time. Let’s turn just to the question of his proudly held extreme isolationism and related views on Israel. Paul has talked of cutting off aid and would let Israel fend for itself against the Iranian nuclear threat. Even more worrisome, those closest to him say that he has a real animus toward Israel and the Zionist project. (This is a man who compared Gaza to a “concentration camp” in 2009.)

Here’s how his senior aide for over a decade, Eric Dondero, characterized Paul’s views: “He is… most certainly anti-Israel, and anti-Israeli in general. He wishes the Israeli state did not exist at all. He expressed this to me numerous times in our private conversations. His view is that Israel is more trouble than it is worth, specifically to the America taxpayer. He sides with the Palestinians, and supports their calls for the abolishment of the Jewish state, and the return of Israel, all of it, to the Arabs.”

For all these reasons, Paul has been condemned by the Republican Jewish Coalition and was not invited to its candidate forum in early December. Matthew Brooks, RJC’s executive director, said Paul had been rejected for his “misguided and extreme views.”

But why has the RJC stopped short of condemning Mitt Romney and Rick Santorum, the other big winners in Iowa and the front-runners going forward?

Professed Israel-lovers both of them, they have each said that they would unequivocally vote for Paul if he was their party’s nominee. Romney stated it more enthusiastically and Santorum said it would cause him “a lot of heartburn,” but both said they would hypothetically pull the lever for Paul if it came to it.

This is a problem. The party that makes a point of wearing its pro-Israel bona fides on its sleeve and that has a strategy of gaining Jewish votes by targeting Barack Obama’s supposedly destructive policies toward Israel now has this albatross around its neck. Paul himself might not come close to the White House, but he has now tainted candidates like Romney and Santorum and the rest of the Republican establishment who refused to repudiate him.

One can understand that politics makes for strange bedfellows and these candidates could not run the risk of alienating Paul supporters if they hoped to later gain their backing in a general election. But this also shows a lack of principle.

There is also hypocrisy here. Jewish Republicans have chosen to simply whistle to themselves and look the other way as their favored candidates volunteer that they would vote for someone whose views on Israel they consider noxious.

Iowa has left this stain on the electoral race. Maybe in the end it’s an important lesson for those Jewish Republicans to learn: As much as these candidates profess their devotion to Israel — rooting for an attack on Iran or claiming the Palestinians don’t really exist — in the end these are politicians and they will do what politicians tend to do in elections. They say what they have to say in order to win.