Can Newt Take Surge to Jewish Vote in Florida? 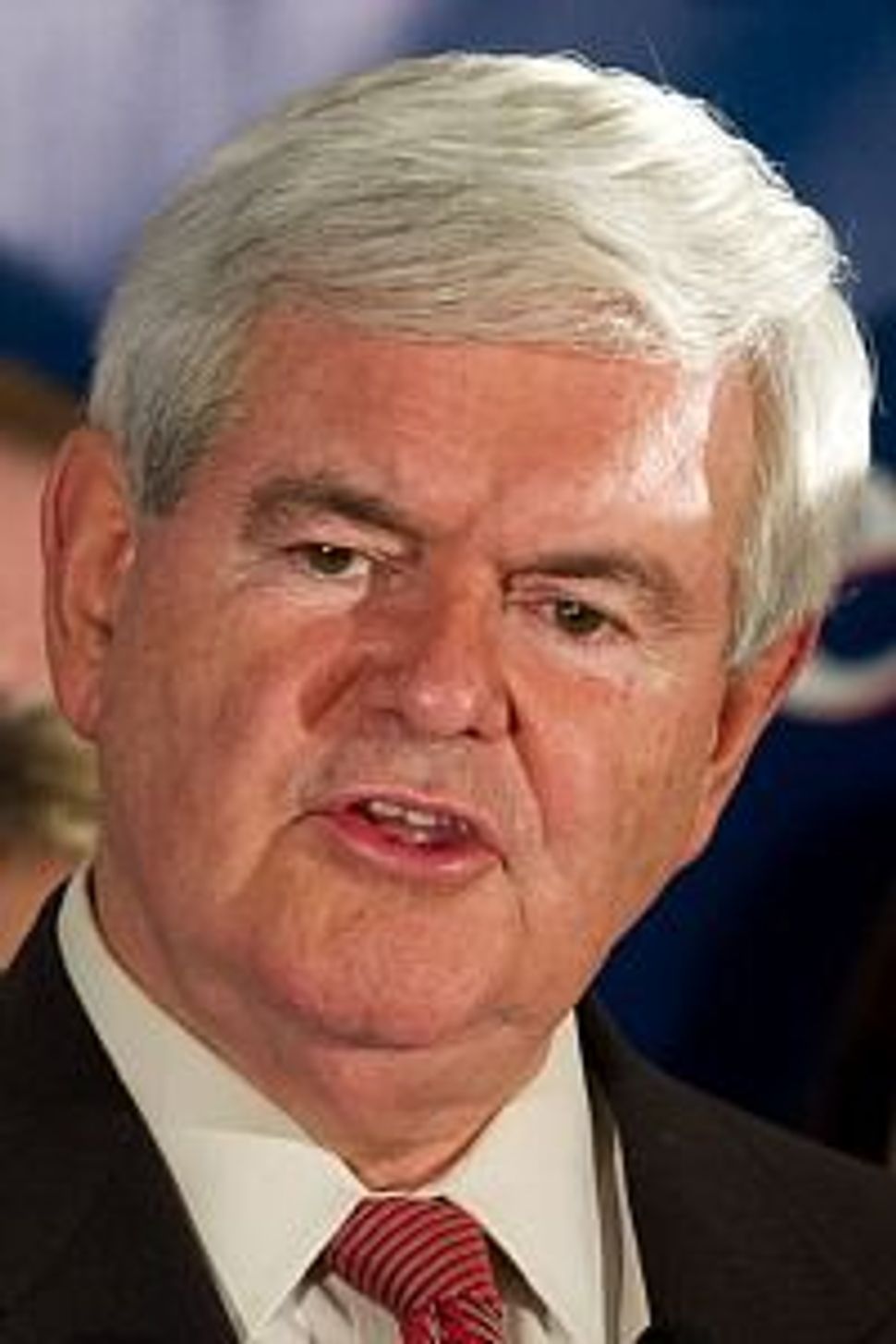 Newt Gingrich’s big win in the South Carolina Republican primary raises the stakes even higher in Florida, the first race in which the Jewish vote will be a significant factor.

“This makes it a two-man race in Florida,” said Steven Abrams, the Gingrich campaign’s chairman for Florida’s Palm Beach County and an elected county commissioner. “There’s a lot more upside potential in Newt. We’re organized in every [Florida] county. The volunteers are very fervent.”

The latest Florida polls showed Romney leading Gingrich by between 15% and 24%. Romney holds big advantages in Florida, where his TV ads have been up for weeks and as many as a quarter of the voters have already cast ballots in early voting.

But Gingrich backers in Florida say the contest has completely changed after South Carolina.

It’s not clear whether Republican Jews’ votes will favor Romney or Gingrich. The Gingrich campaign continues its outreach to Jewish voters in Florida, with an event with the Republican Jewish Coalition scheduled in south Florida days before the January 31 primary.

But many of the state’s big-name Jewish fundraisers, including Ambassadors Ned Siegel and Mel Sembler, are Romney donors.

Romney supporter Jack Davidson, 80, a retired Ohio resident who winters in Delray Beach, conceded that Gingrich is “brilliant.” But Davidson, who votes in Ohio, said that he wouldn’t vote for the former House Speaker. “He’s nasty, in my mind. I don’t like nasty guys, even if they might be Republicans,” Davidson said.

Abrams said that he doesn’t see Jews having a problem with Gingrich.

“You have Jewish Republicans, and their attitude is more anybody but Obama,” Abrams said. “They may have a preference, and it might even be Romney, but they have no problem with Newt.”

Palm Beach County Republican chairman Sid Dinerstein, who has not committed to a Republican candidate, said that opposition to Obama unites all Republicans, Jewish and non-Jewish.

“Gingrich doesn’t have a Jewish problem. Gingrich has a liberal problem,” Dinerstein said. “There is no Republican who’s going to vote for Obama, of any religion.”

Gingrich’s big win piles new pressure on Romney to win in Florida. Once thought invincible, Romney has now won only one of the first three states to vote, and that was in his backyard of New Hampshire.

Romney backers downplayed the importance of the South Carolina loss, with one source calling it a “tough and unpredictable state.” Romney’s campaign believes it has the stronger organization that can compete across the country, while Gingrich has a thin organization.

Can Newt Take Surge to Jewish Vote in Florida?