All Eyes on Boca 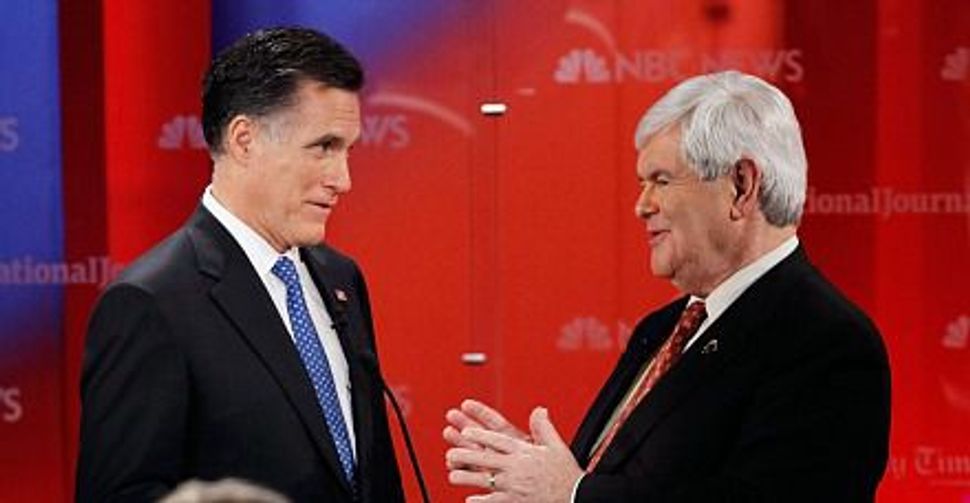 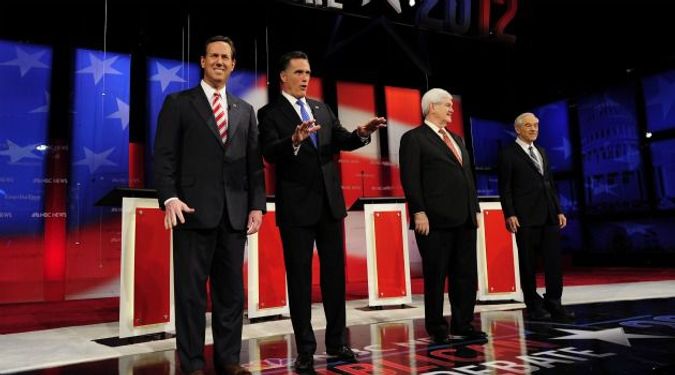 Florida Center Stage: Florida and its Jewish vote will be a key battleground not just in the primary but in the general elections. So Democrats as well as Republicans will closely study the results. Image by getty images

As the primary cycle wends its way into Florida, it’s advisable for Jews to maintain a lively sense of humor as well as a strong sense of irony. And then, of course, Florida being Florida, there are some folks here who just have an entirely different perspective on the race. Tucked behind the 10-foot privacy shrubs that line the billionaire byways of Palm Beach, trust fund philanthropists are scratching their heads and wondering what all the fuss is about, simply because Mitt Romney referred to a third of a million as “not very much.”

How Florida Jews cast their ballots January 31 is actually serious business. After all, the Florida GOP primary will be the first opportunity to get a glimpse of the highly regarded “Jewish vote.” Only a handful of Jews participated in the South Carolina primary. Florida is our first real look at the likely voting patterns of this decidedly vital demographic group.

Jewish Republican voters will probably produce a voting pattern that mirrors the general results garnered by the three candidates (I say three because Ron Paul could not possibly alienate Jewish voters any further). All three are equally critical of Obama’s treatment of Israel, and all have declared their unwavering support for the Jewish state.

Is Romney’s Mormonism an issue among Florida Jews? Not really, since many are familiar with Israeli politics and are used to the presence of religious cults in government. Rick Santorum, a visibly zealous Zionist, is a bit too “white bread” for the tastes of most Southern and snowbird Jews. Those who give him any consideration suspect that his support for Israel is based solely on his devotion to biblical prophecy. What about Newt Gingrich’s pro-life stance?

And in the end, do Republicans really care about the Jewish vote? I suspect that the question of how many Jews wind up voting for each candidate is not much more than a statistical footnote for the GOP strategists. Yet there is a place where the exit polls are bound to be closely scrutinized, that place being 1600 Pennsylvania Avenue.

Democrats are worried that Obama might not repeat the success with Jews that he had in 2008. The president’s campaign managers know that there will likely be considerable erosion of the 78% Jewish slice of the electoral pie that Obama savored in 2008. The question that concerns them now is, “Exactly how much ground are we going to lose?” Florida’s GOP primary is their first opportunity to get a handle on just how bad the carnage is likely to be in November. And their anxiety is clearly visible.

To ask Florida Jews, this drop-off in support has to do with a sense of betrayal, fueled primarily by Obama’s treatment of Israel. The Cairo speech, coupled with the president’s evident willingness to dismantle Israel’s security structure by pressuring it to return to pre-1967 borders, as well as with his expressed willingness to negotiate nuclear issues with Iran, has left Florida Jews who voted for Obama in 2008 shaking their heads and beating their breasts. Add to this Obama’s overt snubs of Benjamin Netanyahu, and the result is a visceral reaction that has driven many of them toward the Republican ranks.

Florida Jewish voters, while composing only 5% of the electorate, have been a key factor in every recent presidential election, and this is especially true for South Florida’s huge tribe of transplanted senior New York Jews. Each of nine states in the last election, including Florida, was carried by margins smaller than the Jewish voter population of that state.

The exit polls on January 31 will tell the Obama tacticians just how many more Jews have changed their party loyalties. Florida Jews composed only 3% of the voters in the 2008 Republican primary. Were that number to go up by a mere percentage point, it would translate into serious anxiety for the state’s Democratic machine and provide an indication of how much fence building the Democrats need to conduct for the coming election.

Cynics and perceptive students of American political history are still bound to question whether this growing Jewish antipathy toward Obama will actually translate into an increase in Jews voting Republican come November. Is the predicted tectonic shift genuine or merely a sweet GOP illusion? Will 2012 be the year, as the Mayans predicted, that the nation experiences a polar reversal that will leave Roosevelt’s grand coalition melting like an ice floe in an Al Gore slideshow? One should recall how, every four years, conservatives routinely predict that “this is the year” that Jewish voters, donors and activists will come, seeking salvation in the embracing arms of the GOP. But it never happens. Despite the rhetoric, despite the sense of presidential betrayal, despite Obama’s perceived cold shoulder to Israel, despite Norman Podhoretz’s exhortations to the contrary, Jews vote Democratic. Time after time after time, they continue to “earn like Episcopalians and vote like Puerto Ricans,” as essayist Milton Himmelfarb astutely noted back in the 1950s.

It will be interesting, nevertheless, to observe how much damage control the White House will need to apply in order to avoid a level of defection that could cost Obama the election. And the best place to get an early reading is from the exit polling conducted among Jewish Florida voters. Keep your eyes trained on Florida. You know that the president and his crew will be doing likewise.

Peter Weisz is a freelance writer based in West Palm Beach, Fla.

All Eyes on Boca